Student David Hogg says that perhaps lawmakers will listen to the tourism industry, if not the people. 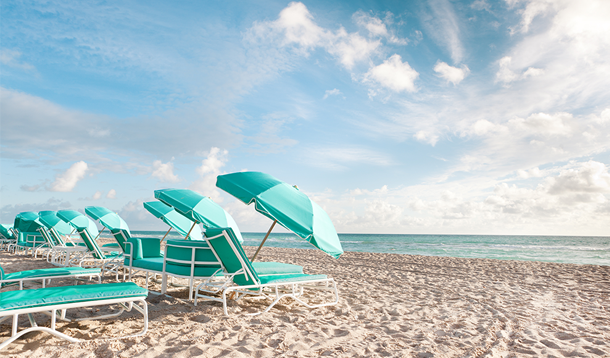 If you haven't kept up on the news this weekend, you may have found there's a small war on social media brewing. We may just find out if the electronic version of the proverbial "pen" is mightier than the NRA.

Survivors of the Parkland school shooting have been active on Twitter and other platforms since the massacre, demanding that the state of Florida do something about the gun laws. Probably one of the most vocal among them is a student by the name of David Hogg. Hogg, who has at last count over 300,000 Twitter followers, began to challenge companies regarding their ties to the NRA.

Hey @FedEx why do you support the NRA?

Many companies have been offering discounts to NRA members, the same way they have offered them to members of AAA and AARP. But in the wake of Parkland and #BoycottNRA, businesses are finding their public support of the NRA is coming at too high a price. A significant number of large companies, including Delta, Hertz, Metlife, Enterprise, United Airlines, and First National Bank of Omaha, have announced their intention to discontinue discount programs.

We have notified the NRA that we are ending the NRA’s rental car discount program with Hertz.

And more are under fire, including AppleTV and Google, which is being pressured to drop NRAtv.

Parkland was the 18th reported event in which bullets were discharged on school property so far in 2018. While only seven were attacks that happened during school hours, the numbers are nevertheless dismaying. Conversation has ranged widely from stronger gun control laws to arming teachers. The students are arguing that enough is enough; something must be done. And to say that they're peeved about being brushed off by gun rights activists with the arguments that nobody cares about their opinions - they're just kids - is putting it mildly.

So David Hogg has started telling people to give their spring break money to someone else. "Let's make a deal DO NOT come to Florida for spring break unless gun legislation is passed. These politions (sic) won't listen to us so maybe the'll (sic) listen to the billion dollar tourism industry in FL. #neveragain"

Let's make a deal DO NOT come to Florida for spring break unless gun legislation is passed. These politions won't listen to us so maybe the'll listen to the billion dollar tourism industry in FL. #neveragain

Better Idea: Spend your spring break in Puerto Rico, it's a beautiful place with amazing people. They could really use the economic support that the government has failed to provide. #SpringBreak2018 #SBinPurtoRico #itsspelled PUERTO RICO

David has suggested instead that people support Puerto Rico, a commonwealth nation under the USA.

While there is no word yet on how many people's plans may have changed due to the boycott, doubtless many people will be uneasy traveling to Florida in the wake of what happened at Parkland and the exaggerated stances pro gun legislators are taking. Whether Florida's tourism industry suffers come March, we'll have to wait and see.