Hadrien decided to dress as Skye, a female character from children’s cartoon Paw Patrol. He's 3. Why is it a big deal? 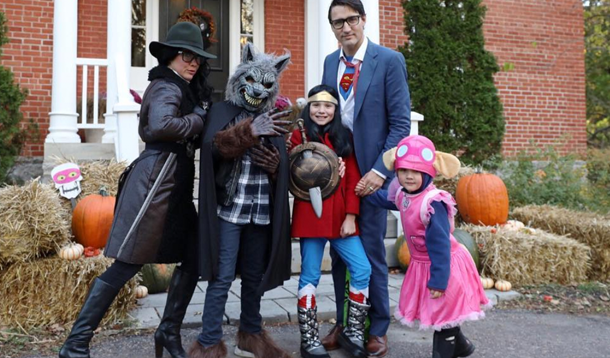 Love him or hate him, you have to acknowledge Justin Trudeau’s commitment to gender diversity. Be it joyously marching in Pride parades, tweeting positive messages in support of gender expression, or – most importantly – helping to implement and uphold laws that support the LGBTQ community, Trudeau has made his views on gender and identity diversity clear.

So, it should come as no surprise that when his youngest son, Hadrien, decided to dress as Skye, a female character from children’s cartoon Paw Patrol, Trudeau had no objections. But this doesn’t mean that photos of Trudeau proudly holding his three-year-old son clad in a pink dress were met with universal acclaim.

Of course, when faced with an adorable child happily dressed up like his favourite character, many people did the rational thing – became outraged. Oh, sorry, did I say rational? I meant ridiculous. “What if this makes him think he’s a girl?” they cried, as if that’s how these things worked. I didn’t hear anyone clutching their pearls, saying, “What if this makes him think he’s a dog?” Trudeau’s oldest son was dressed as a werewolf, but no one suggested perhaps it’s prudent to give him rabies shots, just in case this new persona takes a little too well.

Mercifully, for the sake of both humanity and common sense, the reaction to the pint-sized Paw Patroller was largely positive. Most saw this for what it was: a kid dressing up as a character they admired, and nothing more.

But in some ways, it was something more. Hadrien’s outfit was not a political move, nor should it become one – but the impact of the leader of a country openly supporting his son dressing against gender stereotype undoubtedly had positive ripple effects.

As seen by the critical reactions, it is still not completely safe to come out as trans in this country.  While a child dressing against gender stereotype does not necessarily mean they are transgender, that Trudeau was unphased by it sends a message to kids who are struggling with either gender identity or desires to dress against stereotype that they are backed by the government. I know this sounds like a stretch, but if you examine what is happening in many other countries, even the United States, where the government is critical of LGBTQ rights, knowing that your leader does respect and advocate for you provides a feeling of safety and security.

Hadrien choosing Skye also showcased that unless influenced otherwise, boys do value female characters. Skye is often omitted from Paw Patrol merchandise aimed at boys, which as Hadrien clearly showed is ludicrous. It’s already deplorable that only two of the seven pups are female, one of which is only an occasional character, plus a male human leader, and a male robot dog. That those characters are intentionally left out when it comes to marketing to boys is unforgiveable. Perhaps the publicity surrounding the youngest Trudeau’s costume choice will help send the message that boys like Skye too.

It’s also been heartening this year to see more children choosing to dress as whatever they want to, regardless of whether the character is male or female. It’s not that children wanting to dress as characters of the opposite gender is a new thing, it’s that they feel freer to do so, and parents are less hesitant to say no for fear of their child being subjected to torment.

My son proudly strutted his stuff as The Paper Bag Princess this year. Aside from the few people who thought his was a lion (I may have gotten a bit overzealous with the yarn wig) and the one person who thought he was some kind of fruit (what?) the reactions he got were universally positive. No one questioned his right to wear the paper dress and princess crown, they only shared their own admiration of the beloved character. 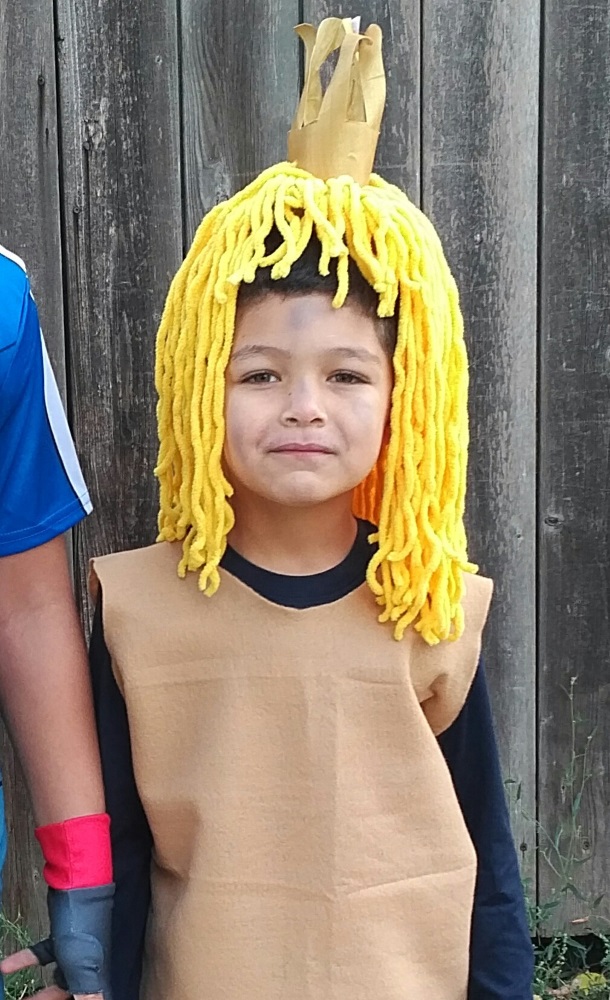 A friend struggled to make the best choice when her son asked to wear a Belle dress for Halloween. Her concerns that he would be singled out and picked on were valid, but her son was unphased, prepared to brush off any negativity. He was the loveliest, and happiest, Belle at the dance-a-thon.

Regardless of whether I agree with all of his politics (or not), I’m grateful to Justin Trudeau for helping to normalize kids, and people, dressing however they wish, gender conforming or not, and for working to make Canada safer for people to be themselves.

And to Hadrien, you may just have replaced Rocky as my favourite Pup.

RELATED: My Boy is Dressing as a Girl for Halloween this Year - and I'm Thrilled