Why Canadian Parents Should be Concerned that America is Falling Apart

When they’re hurting, we end up hurting too, eventually. 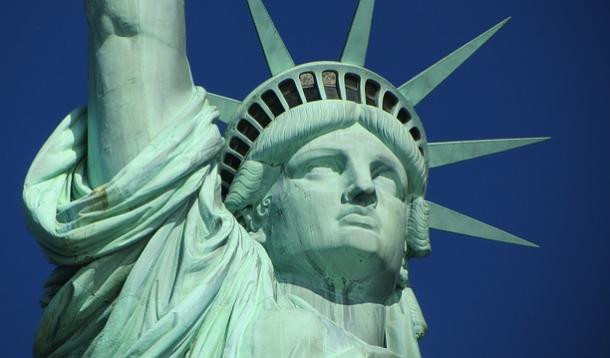 It’s a terrifying time to be the “neighbour to the north,” isn’t it? Spend more than 10 seconds scrolling through your Facebook feed and you’re bound to come across a post about the latest Trump rhetoric, complete with resulting disagreements in the comments section. Then you’ll find someone else’s post about the most recent shooting in the US, whether it’s police-related or just another (said with full sarcasm) mass shooting. At this point, it doesn’t matter how many American friends or relatives you have, everyone is talking about it, because it’s just plain scary to watch a country that has appeared to have its shit together for so long…essentially fall apart.

And, regardless of the outcome of the American election next month, that really is what we’re witnessing. It’s like all the people who’ve been unhappy with the political correctness of the past few decades have finally reached a boiling point, and while Canada moves forward into a more liberal and open-minded government, there are a startling number of Americans who are pushing back against their current one. Hard.

This isn’t news, in and of itself. We’ve all been reading the op-ed pieces in the New York Times, the Washington Post, and any number of Canadian news outlets. What I’m here to talk about is how hard all of it is to watch, as a parent. Because no matter how much we fight it, there is a trickle-down effect we experience in Canada, when something major happens in the US.

There’s talk of how the current election and, specifically, Trump’s unapologetic, racist, belittling, and misogynistic ways of addressing people during his campaign, have led to an increase in bullying incidents in schools. This pertains specifically to American schools, but with that trickle-down effect in place, how long will it take before it hits our Canadian children, as well? There’s no question that the more children are exposed to a certain type of behaviour, the more likely they are to succumb to it. I have learned that the hard way, as I’ve listened to my daughter parrot my tendency to say “Jesus Christ” when I’m exasperated, in an effort to avoid more R-rated expressions.

I am unabashedly liberal and feminist, and when Trudeau came into power, I had so much hope for the future my children are growing up into. But, regardless of whether you are a capital C-Conservative or a card carrying member of the Green Party, watching our most powerful ally implode makes me fear for the future all over again. Because our two countries are intertwined on a very basic level, and when they’re hurting, we end up hurting too, eventually.

For now, I am using this time of upheaval for our neighbours to the south as an opportunity to teach my son and two daughters about some very important things: respect for others, consent, tolerance for all religions and races, and choosing to welcome those we don’t know, but who need our help, with open arms. I think, for many parents, these issues were ones we were planning on covering at some point anyway with our kids, but many of us are realizing how important it is to be counteracting the negative messages that are proliferating on the media, right now. It’s our job, as parents, to use the teachable moments in as positive a way as we can, so that we don’t create a new generation of Donald Trumps and Brock Turners.

I can only hope that our American neighbours don’t create that new generation for us.

RELATED: What I'm Going to Tell My Kids When Donald Trump Becomes President