How do I tell my kids “sometimes, the bad guys win”? 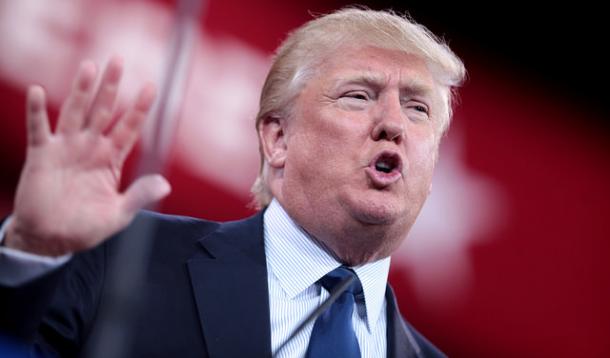 We all hope that life will unfold into a series of happy endings. The mantra of “Everything will be all right in the end. If it’s not all right, it is not yet the end” is at the core of my emotional understanding of the world. This lens of hope is a pillar of the way I teach my children about life, goodness, success, and optimism. Rationalizing outcomes based on “good triumphs over bad” is how we help all of our children to process hurts, losses, mistakes, and the torment of bullies.

So, what the hell am I going to tell my children when Donald Trump – a powerful, “successful,” man-sized bully – wins the election to become leader of the free world on November 8? How do I tell my kids “sometimes, the bad guys win”? It’s a truth that hurts, and one that I’m not ready to face - not just as a parent, but as a person.

The polls are up and down for Trump, and his victory isn’t yet clear: But my guts are churning at the memory of a racist, homophobic, loud-mouthed bully who was elected as the mayor of Toronto. The only poll that matters is election day, but if I were a betting woman I would prepare to survive four years of the figurative ass-whooping and lunch money stealing that Trump is salivating to unleash on the globe.

No surprises here, Trump started his bully career early! His childhood was described in this Washington Post piece, which called him “an embryonic version of the bombastic, flamboyant candidate.” One story stands out:

“In his neighborhood, Donald and his friends were known to ride their bikes and “shout and curse very loudly,” said Steve Nachtigall, who lived nearby. Nachtigall said he once saw them jump off their bikes and beat up another boy. “It’s kind of like a little video snippet that remains in my brain because I think it was so unusual and terrifying at that age,” recalled Nachtigall, 66, a doctor in New Jersey. “He was a loudmouth bully.””

Trump was the nightmare child that all parent’s fear: the ruthless, heartless, arrogant, mean kid who terrorizes their children. And now, he’s about to do it to a whole country and, at risk of sounding alarmist: the world.

So, what am I supposed to tell my kids when the biggest bully ever given a soapbox to scream from will win the honour of the highest office? How do we find hopeful lessons in the injustices of life?

The Princess Bride has a line that my mother has used in – dark - guidance throughout my life:

“Life is pain, highness. Anyone who says differently is selling something.”  - The Princess Bride

Yes – life isn’t fair. Harsh truth is something you can build on with older children. It’s a conversation starter, which can remind us that happy endings aren’t the default. But, I hope all of our kids have more fight in them than just “life is pain”… Feeling the unfairness in our bones motivates us to reach inside and turn those feelings of anger inside out – to find the fuel in our fire. Life isn’t fair. So, now what?

Why couldn’t someone like Fred Rogers be running for President? He said:

“When I was a boy and I would see scary things in the news, my mother would say to me, “Look for the helpers. You will always find people who are helping.””

Seeing the heroes who continue to fight for what’s right in tough times is inspiring. Tell me you don’t cry when we see the kids who create the Buddy Benches at school? I want to help my kids see that, even when it appears that the darkness is winning, there will always be people who are trying to make things better: teachers, advocates, friends…the good guys are still there. Even when Donald Trump is President, the helpers will always be there.

“Unless someone like you cares a whole awful lot, nothing is going to get better. It’s not.”  - The Lorax

Kids are being empowered at home, and school, not to be bystanders when they see bullying. They’re taught that by doing nothing, you are actually helping the bully. If you see something wrong with the world, speak up, tell someone, and do something about it. Bystanders must become brave.

Kids can learn to fight for the things they believe in: peace, the environment, equality, and fairness, by doing something – anything – big or small. Help them write a letter to a newspaper, create a poem, make art, film a YouTube video, raise money for a cause, run for school council, and (when you’re 18) VOTE! Teaching kids that their voice, actions, and that their vote matters means that they’ll push back the bullies at school; even the powerful ones that run for office.

Wrestling with the injustice of seeing the bad guy win is one of life’s great challenges. It flies in the face of everything we want to believe, what we were taught to believe, and what we teach our children to believe.

I haven’t decided what to tell my kids when Donald Trump wins the election on November 8. I think I’ll start with “Would you like to read The Lorax again tonight?”