Why We Don't Need Photos To Reinforce Childhood Memories

And Why I'll be Leaving my Camera at Home 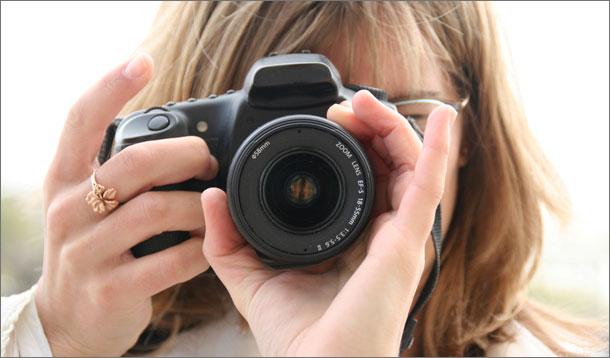 I have a bad memory. I forget wet loads of laundry, I strain to remember play dates, and when library books are due.

Yet if you ask me the birthdays of long-lost school friends, or to describe a day when I was three years old, I can probably do that. Strange, perhaps, because if it weren’t for the endless calendar apps, contact lists, and Facebook posts from years past, I’d be doomed, memory-wise.

Or maybe not. Maybe the easy reliance on these things is exactly what ails us. I used to recite phone numbers to remember them; now I often forget my own—but it’s in my contact list. I used to chant small grocery lists, a la the classic Sesame Street short (“A loaf of bread, a container of milk, and a stick of butter...”).

We used to have to work our brains to retain stuff. Remember those spontaneous games we’d play, trying to pull some snippet of past popular culture from our minds? Recall the satisfaction of being the first to remember? Google has obliterated that.

My husband likes to say that we live in the ‘perpetual present,' and this sounds about right to me, given that we live our lives by a stream of 140 characters. Once they slip out of our daily prevue, they are all but lost to us.

But perhaps the most ironic potential detriment to our memory is the daily chronicling of everything by photography.

We take copious photos of our children. It has been widely acknowledged that our kids are the most photographed generation ever. Considering that there’s always a camera snapping, and that nearly every new parent has a Geddes-esque photo of their newborn in a teacup, you’d think they’ll have solid memories of their childhoods. How could they not?

I have intense—albeit time-tainted—memories of my own childhood. I remember my parents taking us on trips and we’d go to fancy dining rooms where we’d dress up and eat Caesar salads made at the table. I have this memory despite the fact that there are no photos of it.

Sure, we have lots of pictures of our childhood.  But I’d say that these memories were naturally forged and reinforced over time. Maybe they aren’t accurate, but here’s what’s important: I have an emotional connection to those memories; I can still feel the pride of being eight and with my parents in a restaurant at 9 PM. We didn’t need a picture; maybe our brains had to work a little harder to remember it because there was no photographic proof of it having happened.

The glorious thing about photographs in the old days is how careful we were with them. You only had so many shots on a roll of film, and you didn’t squander them. We couldn’t see the photos we’d just taken, and there was no delete button, erasing less-than-perfect images from our memories.

One of my favourite photos from my family is of my mother, the day after the caesarean-birth of my younger sister, looking tired, haggard, and beautiful. The camera captured her with her eyes half-closed and looking unimpressed. We’d probably not often see a photo like that today. I know I’d have deleted it. We only present the best, most carefully vetted version of ourselves.

Whenever my mother sees that picture, though, she remembers that her own sister had just dropped a large, rotary-dial phone on her belly, and she was in excruciating pain. That “bad” photo of her is the device that helps her recall the details of that moment. If she’d been able to delete it the instant after it was taken, I doubt that she’d recollect the nuances of that postpartum day.

Indeed, our kids have a thousands of photos to reinforce their memories of special occasions (and a Tuesday-morning breakfast, and the eightieth time they wore that purple princess dress—you get the idea). David Zweig argues in this New York Times blog that we should stop taking so many photos of our kids because we may be contributing to their self-consciousness, anxiety, and even early sexualization. He says we implicitly encourage them to act a scene when they know a camera is present, as opposed to being their real, sincere selves.

But further to this, I think that so many photos will actually hinder their ability to foster genuine emotional memories of their childhoods—will they feel the memory, or will the images just be reinforced through the rote replaying of thousands of digital frames? Will they have a visceral reaction, provoking recollections of other, connected memories?

A better question is will the parents remember these times. I’m guilty of taking my kids for a walk and spending time trying to capture their running, squinting in the sun, or picking up snow. I’ve got pictures of it all, but my experience of it was mediated by the device. And I've probably missed special moments because I was fiddling with my camera settings, or have not permitted myself to laugh at something my toddler said because I didn't want to be heard on the video I was making.

The discussion of memory is one that is intensely personal for me. My beloved grandfather has Alzheimer’s. He’s a ripe old age at 86, and lived a full, mentally engaged life before his diagnosis. He was a passionate man, a post-war immigrant who owned businesses and real estate, employing dozens of people. He read the newspaper daily. He played chess and golf. Despite his small stature, he was a gregarious man who would envelope us in mammoth hugs, and plaster our faces with a thousand kisses.

He doesn’t know us anymore.

The Alzheimer Society advocates keeping your mind healthy by constantly challenging it pursuing new interests. It must be exercised. Perhaps his disease couldn’t have been prevented, despite the fact that he kept mentally active, but maybe its onset was delayed because of that.

So in this time of memory ease, when it’s not necessary to work our brains for daily tasks, work we must. Even, I think, if it’s for seemingly unimportant things like phone numbers and grocery lists. But especially for important things, like the childhood we are giving our kids. And we’ll see what memories our kids will truly have. Will they grow up vain and narcissistic, remembering their pasts as they would a series of films they saw once, with everyone looking perfect all the time? I sincerely hope not.

I took my girls out to play this afternoon to blow bubbles. I left my phone and camera inside. I blew the bubbles and they ran to catch them; they blew bubbles and tried to make them land in my hair. We’ll have no photos to document this time. There was no screen separating me from the real experience. I’ll remember their delight, and the cold cheeks I kissed every time they ran to me. Maybe.

Nicole Jacobs is a former college Sociology/Women’s Studies instructor, turned interior designer, mortgage agent, and writer, with an enthusiasm for real estate and an obsession with Kijiji. She is the mother of three little girls, and wife to a husband who indulges her interest in a great many things (most of which are left unfinished).  She is a work in progress.  Find her on Twitter @NJacobsmtg.