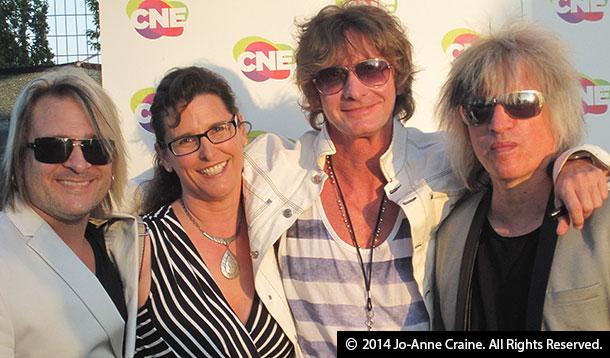 Thirty years ago, Platinum Blonde and MuchMusic both exploded on the Canadian landscape, and together they were a match made in teenage heaven. As a 16-year-old at the time, I was fully immersed in this new wave of amazing music coming from the likes of The Spoons, Corey Hart, Images in Vogue, Bryan Adams, and Platinum Blonde. Suddenly it was cool to be Canadian. We dominated radio stations, our music videos were in heavy rotation on television, and audiences couldn’t get enough.

The video revolution played a huge part in the success of these young bands. Yummy Mummy Club’s Erica Ehm was one of the original hosts at the fledgling MuchMusic, and she experienced the phenomenon firsthand: “Before MuchMusic there was no cohesive national music source with the power to create a Canadian music star system. After MuchMusic was on the air for a year, performers like Corey Hart, Bryan Adams, Honeymoon Suite, and Platinum Blonde were selling hundreds of thousands of albums. Breaking bands and helping them achieve star status in Canada and abroad is still one of my proudest accomplishments as part of the MuchMusic on-air team.”

As a teenager, I, too, witnessed that promotional machine in action as it worked for Platinum Blonde. I attended numerous concerts and observed the band move quickly from venues like local fairs up to what they call the “game-changing” show at Toronto’s Nathan Phillips Square. In December of 1984, the band landed the cover of Canadian Musician, acknowledging their status as a legitimate powerhouse in the industry. That same month, Platinum Blonde performed at the 1984 Juno Awards and was nominated in two categories: Best Video and Most Promising Group of the Year. I finagled tickets to the event and was able to meet many of my favourite performers without security batting an eye. Those were the days!

Platinum Blonde topped off 1984 with a sold-out New Year’s Eve show at Maple Leaf Gardens, with The Spoons and Corey Hart. (Let me tell you, the guy-liner and spandex pants were in full effect that night!) It was, to say the least, a big year for the band.

The current 30th anniversary tour is a look back at, and a celebration of, that music and excitement from the 1980s, with a crowd of new and nostalgic fans. Following a well-received 2012 album of new material, Now or Never (with drummer Dan Todd), the band wanted to acknowledge their loyal fans. Front man Mark Holmes says, “The anniversary tour was originally supposed to be an intimate show in small venues where we hoped to have a personal moment with our fans.”  But as demand for tickets grew, so did the size of the venues, and this year the boys have been playing from coast to coast at mostly outdoor concerts that have drawn crowds of up to 30,000 people.

This past weekend, I caught up with the band when they played the Canadian National Exhibition. While the hair and clothes have changed, the band’s connection with each other is as comfortable as always.

Guitarist, Sergio Galli, waving a cigar that seems permanently attached to his fingers, says that Mark still does his hair for him. I ask if he still enjoys performing and he admits, “I never wanted to give up touring.” Holmes concurs and refers to their other careers by saying, “Work is our hobby. Music is our real work.” And Todd, who joined in 2011, obviously loves his gig, saying, “There isn’t one song we perform live that I don’t enjoy playing.”

It’s clear these three are happiest doing what they do best. And they assure me more is to come. There’s a new album in the works that they hope will resonate with fans. This band likes to look forward, as well as back. “If you’re not evolving, you’re stagnant,” says Holmes.

Our conversation turns to kids—all three of the musicians have sons and several are in attendance, hanging out and even helping at the merchandise table. While Galli is the only married man, it’s clear that family is important to all these rock dads. “Everything’s better when you’ve got kids,” says Holmes, whose son is pursuing an acting career. “As a young dad, you’re scared to death, but you know, it’s better than a horror movie,” he laughs.

The sun has set, the opening act is finishing, and suddenly it’s show time. Once again, after all those years, the crowd is standing in the dark, anticipating. With a wink to their old glam-rock wardrobes, the boys come out playing the opening strains of “Take It from Me,” wearing white feather boas around their necks.

“I thought you might have forgotten us, Toronto!” Holmes teases the crowd. When they roar back, he seems genuinely happy by the response. The show is an energetic performance of songs from the first three albums and several great tracks from Now or Never, and we are treated to an unexpected tribute to their days as a Police cover band when they break into “Message in a Bottle.”

Of course, it’s the old hits that elicit the loudest reaction from the audience, as they dance and sing along to “Not in Love,” “Standing in the Dark,” “Situation Critical,” “Hungry Eyes,” and “Doesn't Really Matter.” As the decades fall away, I remember all the words. By the time the band hits the crowd’s sweet spot with an encore of “Crying over You,” I’m no longer a grown woman with kids and a mortgage and a pile of never-ending laundry. The musicians aren’t dads pushing 50. The music casts its spell over the crowd and we are all sixteen again. And that kind of magic is hard to find. So, yeah, it does really matter to me. 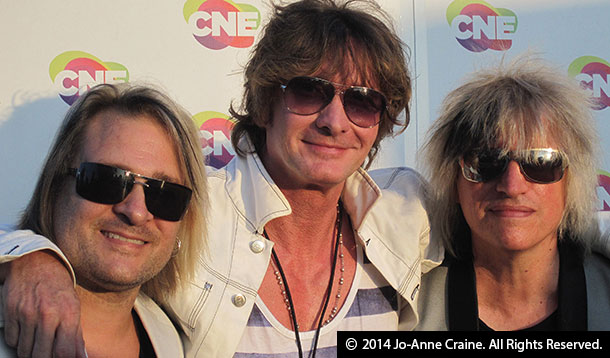 “Smile for the yummy mummies!” So they did! 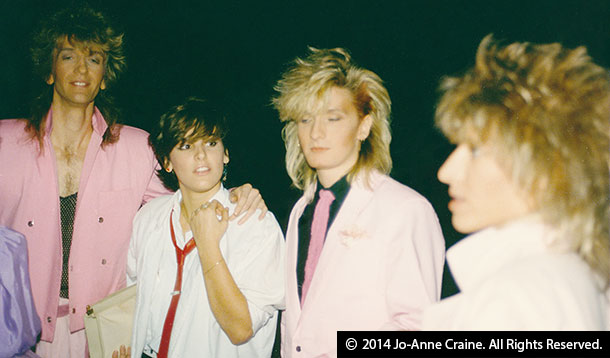 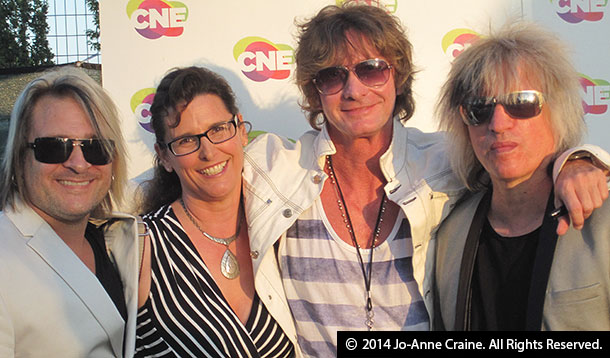 30 years later I get another shot. Ignore the crazy humidity hair. And don’t ask where the drummer’s hand is! Cheeky! 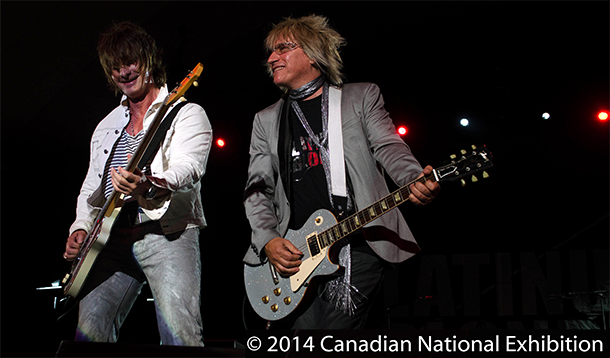 Going back in time: What 80s music means to Erica Ehm.

Freelance writer and editor at Type A Creative with an eye for detail and a nose for trouble.