Fun Movies To Get You In The Holiday Spirit 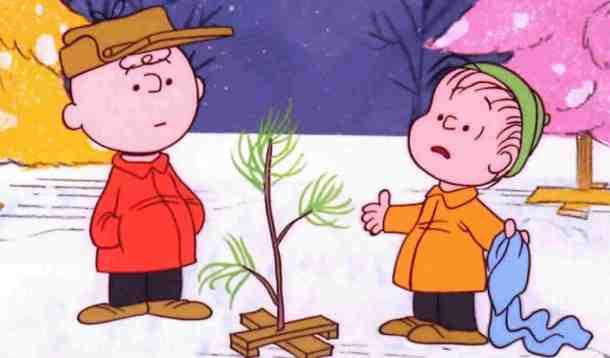 The Christmas Movie is as much a part of the holiday season as a turkey, stockings by the fire and candy canes on the tree.

With cold wintery days and Christmas craziness calling out for people to stop and take a break, watching a favourite holiday movie is something that every kid (no matter their age) loves to do. Many people even have traditions centered around a movie—they’ll play it after they’ve had their Christmas feast, or while they’re relaxing the night before Santa arrives for the big day.

My kids are no different, and there are certain holiday movies that are pretty much guaranteed to make them stop, drop and sit for a bit. With all of the hustle and bustle at this time of year, that’s something that you forget to do. Relax.

Here are some of my family’s favourite Christmas movies and the reason why we always have a supply of movie snacks on hand in our kitchen during the whole month of December!

This movie is the inspiration behind everything to do with Christmas lights and family gatherings. It’s also the reason why I refer to my husband solely as “Clark” for the whole month of December. If it’s Christmas Eve and the rooms of your house are filled with family members who are eating all of your food, trashing your kitchen and setting your tree on fire, you’ve just become a Griswold. There’s no sense fighting it, embrace it.

Over the past few years, this movie has quickly beat out all of the others as our family’s favourite one to watch at Christmas. It's got a funny innocent charm about it that just makes you smile the minute you see Will Ferrell.  The humour in the film appeals to all ages, and it has an awesome message. And no, the message is not "We elves try to stick to the four main food groups: candy, candy canes, candy corns, and syrup."  Quotes by Buddy are standard around this house in December. 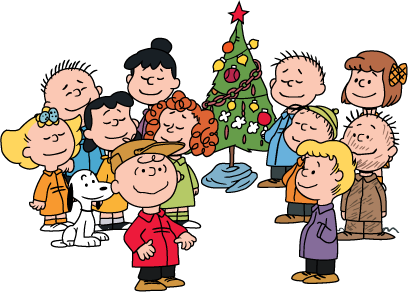 Oh Charlie Brown, kudos to you for trying to find the true meaning of Christmas behind all of the commercialism. And also, for that Christmas tree you picked…Another classic cartoon that is timeless in its message, this is a great movie to watch for the whole family. Also, let’s not forget about the awesomeness that is known as The Snoopy Dance. Admit it, Moves Like Snoopy are a lot easier to achieve than Moves Like Jagger.

At last count, I think there were at least 49 versions of this classic movie. I have to be honest, the one that my family loves the best is the 1951 film starring Alistair Sim and Kathleen Harrison. But don’t even try and show me the colourized version, or I’ll throw a festive cheese ball at the TV. THIS is a movie that has been on in my house on Christmas morning since I was in Grade 1. When the CBC airs A Christmas Carol on Christmas morning, it’s time to put the turkey in the oven. Seriously. Not. Even. Kidding.

Non-depressing Christmas Carols To Put You In A Cheery Mood

Every kid's dream and every parent’s nightmare (or maybe the other way around) —having the whole house to yourself on Christmas eve. This movie has quickly turned into a holiday classic since it first aired in 1990, and let’s face it, Macaulay Culkin was just so cute back them, how could this film not be adorable?

“You’ll shoot your eye out!” Can you believe this movie was made almost 30 years ago? The kids love this movie because of how it portrays Ralphie using his “inside voice” to talk about what he really thinks of all the unreasonable aspects of how Christmas that kick him in the butt. Like wearing a pink bunny suit or having your Dad obsess over a lamp shaped like a ladies leg. I wonder if Ralphie eventually ended up in therapy…

How The Grinch Stole Christmas

I’m torn between choosing the classic cartoon version of the Grinch or the Jim Carrey version. They’re both fantastic, but I think I’m leaning towards the cartoon. It’s perfect to watch on Christmas Eve just before the kids put out their cookies and milk for Santa and I love the fact that they haven’t altered the animation at all since it’s original air date in 1966.

Is the "Christmas Movie" a tradition with your family? What are some of your family's fave Christmas movies?