Netflix Pix: "To All the Boys I Loved Before" is the Sweet Sugar We Need

There's nothing wrong with light and fun once in a while 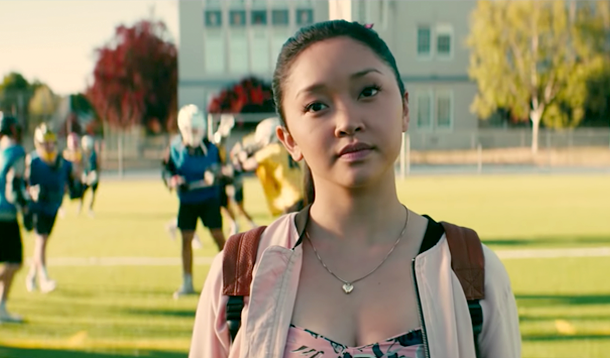 As an adult woman with three young children, I am not ashamed to admit that I’m obsessed with teen romantic-comedies. My inner teenager craves a solid rom-com about two sixteen-year-olds finding love, but I have standards too.

I typically watch a teen flick and pretend that older versions of my kids - who are six and under - are watching with me. This is why The Kissing Booth didn’t make the cut for me, which felt lazy and sexist, and lacked a positive love story.

Luckily, Netflix has redeemed itself with its recent release of To All The Boys I’ve Loved Before, a teen romance based off of bestselling author Jenny Han’s 2014 novel of the same name. Having not read Han’s books, I didn’t know what to expect, but I was surprisingly sucked into the storyline after the first five minutes.

If you haven’t seen this movie yet, don’t worry, I’ve not included any spoilers below.

To All The Boys I Loved Before features Lara Jean Covey (Lana Candor), a Korean-American in the middle of three girls, being raised by their widowed father (John Corbett, of Sex and the City fame).

The premise of the story is that Lara Jean, shy, bookish, and obsessed with romantic novels, concocts the age-old fake-dating plan, and joins forces with popular jock Peter Kavinsky (Noah Centineo). The reasons behind the fake dating, I won’t reveal, but the two stand to mutually benefit from the arrangement, even coming up with an adorable contract.

I love that the film is centered on three Korean-American sisters, and what makes it even more noteworthy is that author Jenny Han had to fight to keep her characters Korean. In an opinion piece that Han wrote for The New York Times, she shares: “I ended up deciding to work with the only production company that agreed the main character would be played by an Asian actress. No one else was willing to do it. Still, I was holding my breath all the way up until shooting began because I was scared they would change their minds.”

Knowing the story behind the hiring of Candor, who plays Lara Jean, makes me love this film even more. Candor does an exceptional job bringing her character to life, creating a loveable sixteen-year-old that we all want to cheer for.

The romance in To All The Boys I’ve Loved Before is swoon-worthy and sweet, something that will put a smile on your face, and give you all the feels. I promised I wouldn’t give you any spoilers, so I won’t elaborate. But beyond the love story is also a story of family and sisterhood. As a mom to three daughters, I enjoyed watching the portrayal of three sisters who adore each other and have an ever-evolving friendship with one another.

To All The Boys I’ve Loved Before isn’t groundbreaking or earth shattering, but not every movie needs to be. It skips over hot topics like sex, drugs and drinking, or suicide, and offers a candy sweet viewing experience that I thoroughly enjoyed. And while it avoids some hot topics, it still offers depth and layers that I appreciated, like living with a single parent - something that Lara Jean and Peter both relate to.

Will To All The Boys I’ve Loved Before earn an Oscar nomination? That’s a definite no. But it will likely win over your heart, and give you that momentary feeling of lightheartedness, something that I certainly appreciate as a woman living in the not-so-sticky sweet 21st century.