Make this weekend a movie outing one 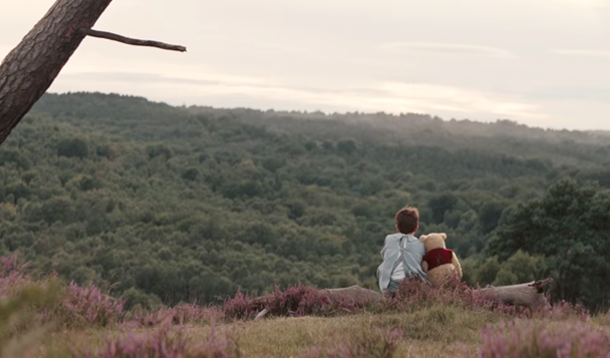 My sister got him for me at the grocery store. It was Christmastime, 1987. I was seven-years-old. I had noted that I admired the dozens of teddy bears hanging from the ceiling, circling the frozen foods display. This seems bizarre as a memory, but at the time I liked a little teddy display with my McCain Frozen Fries.

On Christmas morning, I opened up the gift from my sister, who was six at the time, to see one of these chilly, cheap ceiling bears looking back at me. He wasn’t anything special at all, just a plain brown bear with a red bow tie, but I loved him instantly. By the next morning, he would be a plain, brown, one-eyed bear, with no bow tie, thanks to a certain English Setter, but I still loved him nonetheless.

In grade three, my mom had to bring him to a friend’s sleepover for me as I laid awake unable to sleep without my companion. In grade five, he was my confidant. In university, the first boy who ever spent the night over with me knocked him to the floor accidentally, and we jokingly apologized, but I secretly felt guilty for displacing him. By the time I got married, I no longer needed the comfort of his shaggy, worn fur and he relinquished my attention.

Then I had children. Seeing them cuddle him, watching him provide them comfort while they slept, it all brought me to tears. My Bear felt needed again. I was unprepared for the sobbing mess the song Return to Pooh Corner would reduce me to the first (okay, the first twenty) times I sang it to my child. 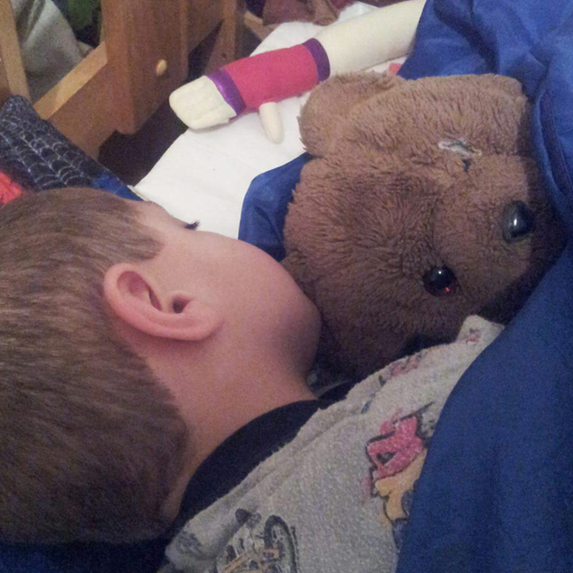 "It's hard to explain how a few precious things
Seem to follow throughout all our lives
After all's said and done I was watching my son
Sleeping there, with my bear by his side
So I tucked him in, I kissed him and as I was going
I swear that old bear whispered, "Boy, welcome home."

My other stuffed animals were loved and were valued, but they were stuffed animals. My Bear was very much real. He still is, more than thirty years later.

So when I saw the that a movie was being made with a grown-up Christopher Robin rediscovering his beloved Pooh, I knew I had to see it. Unlike my Bear, who simply got moved from the bed to the closet, Christopher Robin nearly forgot Pooh entirely. In fact, after a series of events which caused him to grow up quickly, Christopher Robin forgot what childhood meant at all.

Very reminiscent of Hook, it was lovely watching a once care-free child turned far-too-serious grown-up reconnect with his childhood. Like Peter in Hook, Christopher Robin was spending far too much time working, and too little playing with his child. Christopher Robin is essentially Hook but without any of the action or showmanship. Sentiment-only. Nevertheless, it was quite endearing watching Mr. Robin morph back into fun-loving Christopher, and Ewan MacGregor is perfect for the role. Ewan MacGregor is perfect for any role.

As soon as we got home from seeing the movie, I immediately looked up the biography of the real Christopher Robin Milne. While the movie was fictional (sorry anyone who thought talking stuffed animals were real) there are some parallels. Both were sent to boarding school. Both were WWII veterans. Both dearly loved that floppy crew of characters. Both were only children who went on to have only children, and both of their children were daughters.

But unlike in the movie, the real Christopher Robin was quite close with his father, creator of the Winnie the Pooh series, and with his own daughter. The Hundred Acre Woods was based on a real cottage area, just as in the movie as well. And just as the fictional Christopher Robin grew to feel he needed to distance himself from these childhood friends, the real Christopher Milne fought tirelessly as an adult to escape his childhood fame before eventually coming to terms with his place in history.

I think I might need to sneak into my childrens' rooms and steal a familiar cuddle with my own Silly Old Bear.