Prepare to root for the underchicken. 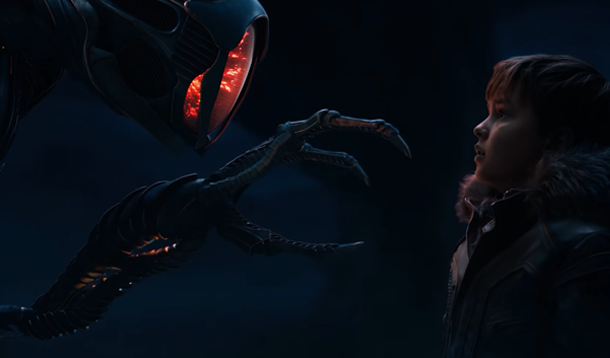 I'll front: I haven't watched and can't review the whole show. I've seen four episodes, and, in fact, I've been explictly forbidden to watch ahead by the rest of my family.

Off the bat, that says something for this show, even though you weren't a fly on my wall when I was trying to talk my family into watching it in the first place and my 9-year-old son was rolling around on the floor complaining that he didn't like sci-fi. (Ender's Game left him a wee bit traumatized over "Surprise! Genocide!" I maintain that one day he'll learn to appreciate why books written like that are important and masterfully written.)

But back to Netflix's Lost in Space, which I distinctly remember from my old boob-tube watching as a kid as looking more, well, like this... 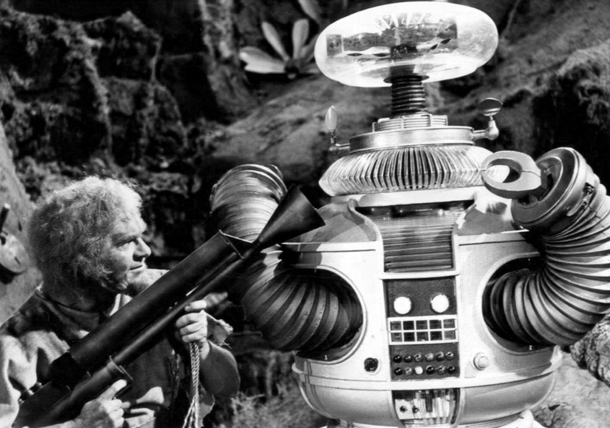 As far as my four episodes so far in can tell, old Lost in Space has been basically ripped down to the component structure and given a fairly extensive overhaul / modernization. Which is good, because it was hard to take aluminum foil, fishing line, and waving sewer pipe seriously. It has been remade into something fresh-faced and something good people with kids my age. That targeting of the audience is great because lately I feel like my only other choices are my learning to love Teen Titans or my son learning to love the Terminator.

The special effects are pretty top-notch, the story (so far I can tell) is plausible for some not-too-future Earth (thanks to some judicious glossing over of technical details), and the robot has completely lost everything that has made it cheesy. In fact, they've taken a page from other boy-and-his-bot stories like Real Steel and made the bot the center of some complicated feelings and relationship drama.

In all, it's a great time. Although they're being hella mean to Dad - even my kid is commenting that they should be nicer to him. Yes, we get it, he had a job that was long and hard and far away! But the man is a career soldier, and those guys run on duty, not a desire to get away from family. (Although, the way we gets treated, we wouldn't necessarily blame him if he did.) And the way they lay on Murphy's Law in the driving action of the show pretty much suggests that they've got nothing else non-traumatizing to rely on (at least, not until they've got personal drama to spice up the action).

But it's still good.

Is this show perfect? No, it's a tad derivative and over the top for adults, but not terribly so. It is built for the kids, after all!  Watch it with the kids. If they're reluctant after the first episode, just get them to hang in there until the chicken - episode 2.

Yes, I said the chicken. You'll understand everything when you get there, and you'll be hooked when you do.

RELATED: No-Guilt Netflix Kids Shows You Can Lean on This Summer