If Frozen's Elsa has a girlfriend, the children will survive unscathed. 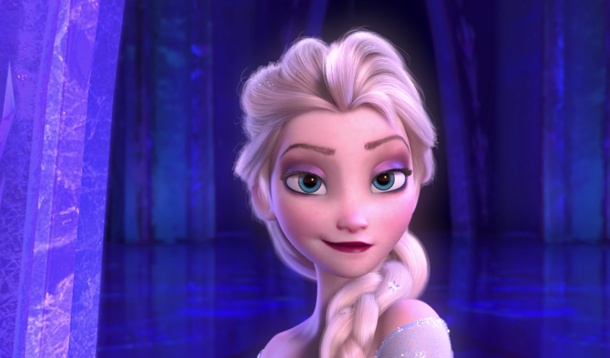 When the live-action Beauty and the Beast hinted that there would be a same-sex infatuation by a minor character, many members of the public took a cue from the cartoon, grabbed their torches, and hit the streets yelling, “Kill the Beast!” Or at least kill its release.

That Belle was kidnapped and held prisoner was of no concern to them, nor was her growing love for a were-buffalo. But let LeFou have a few romantic feelings for Gaston and all Hell breaks loose. I, too, thought their relationship sent a bad message to children – Gaston was a grade A asshole, and LeFou could do much better. #TeamLeFou.

Indeed, it seems that despite a myriad of problematic things in Disney movies, nothing brings out the “Won’t someone think of the children?” brigade like two same-sex characters in a consensual, loving relationship.

Frozen writer and co-director Jennifer Lee recently expressed her openness to Elsa having a female partner in Frozen 2. Predictably, the chorus of, “Not in a kid’s movie” rose up from the internet. Commenters wanted people to know they had nothing against homosexuality – they just don’t want to see it in movies, show their kids it exists, admit that gay people are not abominations, or really just be reminded that some people are gay. But other than that, they are totally cool with homosexuality. Some admonished the idea of “pushing a social issue” in a kid’s movie, or questioned why kids needed to see a romantic relationship between two women.

I’m sure lesbians everywhere were a little surprised to find out their existence is a social issue. Here I bet they thought they were just living their lives. Anna fell in love over a sandwich in 3.6 seconds and pledged to marry him, but that wasn’t weird. Then she dropped him faster than Disney kills parents, and fell for Kristoff, who previously had a slightly uncomfortable relationship with a reindeer. But sure, let’s pretend Elsa having a girlfriend is a skewed look at relationships.

If any of these people genuinely cared about sending unhealthy messages to children, Disney provides plenty of opportunities to be concerned. We can start with the instant love and marriage of teenagers. Snow White was 14, and she married a guy she sees singing in the woods. I’d far rather my daughter spend time learning who she is and growing into adulthood, as Elsa does, and begin a relationship with a woman, than commit to spending the rest of her life with a relative stranger while still in middle school.

There’s the commodification of women, and the issue of consent. Sleeping Beauty gets kissed in her sleep by some dude she’s never met and is awoken because of “true love’s kiss.” What is that about? First of all, it’s not okay to kiss sleeping people, no matter how beautiful they are, and second, how can it be true love’s kiss? She doesn’t even know the guy.

Again, a worse message than beginning a consensual relationship with a member of the same sex.

There’s the horrible treatment of culture and history. Pocahontas did not paint with the colours of the wind; she saw the slaughter of her people. You want a social issue in a kid’s movie, this is a pretty good one. And don’t get me started on Peter Pan.

What about the violence? We watch Simba’s dad and Tarzan’s parents brutally killed. Elsa and Anna’s parents are killed during the movie in a ship wreck. Most Disney characters are missing one or both parents. Dead parents are way scarier for kids than two women holding hands.

And while we are on the subject of bad messages in Frozen, can we address that Elsa spends most of her youth locked in a room, let out only when she is forced to become queen? But don’t let her kiss a girl!

And if these people who are up in arms truly cared about the well-being of children, they would realize that some of the children watching these movies have gay parents. Some of them are gay themselves. They rarely get to see themselves and their families represented on-screen, and representation is important.

When Disney released its first movie with an African-American princess, it was rightfully praised. Disney has started making an effort to be more inclusive and culturally sensitive. They are even including female leads who don’t have a romantic interest, like Moana. It makes sense to allow children within the LGBTQ community the same representation.

My message for all the pearl-clutchers is this: Let it go. The children will survive Elsa’s girlfriend unscathed.