"I, Tonya" Was an Up-Close, Gritty Look at Her Life

Everyone has a story, and you don’t know until you know. 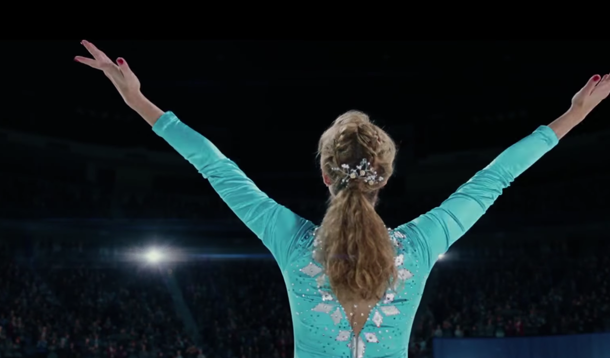 Lillehammer ’94, and the events leading up to it, was for many of us one of those “where were you when…” moments.

24 years later, the untold story of what really happened surrounding the attack on Nancy Kerrigan just weeks before set to compete with the US figure skating team at the Olympics, has been released; beautifully, shockingly, gratingly, and with the very clear message that everyone has a story, and you don't know until you know.

Choice. Circumstance. Struggle. Drive. Survival. Talent. Celebrity. Fame. Family. Isolation. Mothers and daughters, husbands and wives. The desire to stand out. The desire to be loved.

These are all human themes that we experience to some degree if not every day of our life, then a significant part of it. Themes that we know to be true for ourselves, but seem to forget when we’re looking into the life of another. How quick we are to judge what looks shiny, then what looks tarnished, from wherever it is we stand.

I, Tonya is the up-close and gritty look at a Tonya Harding’s life, which feels as an audience member, like you’re watching Kafka unfold with a killer 80s soundtrack. She just cannot get ahead, despite sheer talent and a fiery drive to succeed. There is always someone there to knock her back down a rung, and still, she climbs up - at least, as the I, Tonya film would have us have it.  What’s interesting is that is focuses very little on Nancy Kerrigan, and rather turns the lens on Harding, her mom, her ex-husband, and his buffoon of a best friend (who comes across as so shockingly deluded it is actually uncomfortable for much of his role).

Still, what is made clear through these personas, is that your truth is your truth, and the story of what happened to her mom, to her ex, to Kerrigan, to Harding herself, is simultaneously all true, and not true at all… depending on whose truth you look at. With today's news of her firing by longtime publicist, and public and vehement denial from her mother, it's likely we may never be sure.

It dives into the earliest stages of what a 24 hours news cycle looked like, what its demands were on the subjects around it, and fittingly wraps up footage of “the incident” with picture in picture footage of the OJ Simpson trial.

The rest, as we know, is history. But whose?

Everyone has a story, and you don’t know until you know.

RELATED: The Power and Pull of an Old School Television and Popcorn