Wonder Woman is the Badass Our Daughters Have Been Waiting For

And I'm equally excited for my son's sake. 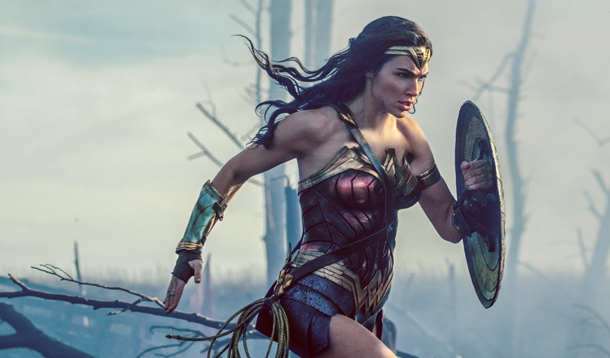 I haven’t seen many movies lately. Recently, theatres have decided to change show times to be either WELL BEFORE you can make it out to a movie or WELL AFTER you’d want to. And so, I’m writing this post from a place of anticipation and nervousness. For me, Wonder Woman might be one of the most important films of our generation.

For starters, it shouldn’t be. It shouldn’t have taken this long. I’m a huge comic book fan, but as a guy, I was always represented in both comic books and the film versions. I don’t mean that I look like Logan or that I’m as witty as Tony Stark, but rather that as a white dude, it’s easy for me to find parts of myself in the characters I read and watch.

But my daughter is three years old and my son is almost six, and they’ve lived their entire life without seeing a mainstream hero (in film at least) that’s a woman. Even Gal Gadot’s introduction in Batman v. Superman: Dawn of Garbage is problematic because while she’s an integral part of the story and arguably the only solid character in the whole film, you’ll note that it’s not Batman v. Superman and Wonder Woman v. Lex Luthor.

I was terrified when I saw the first trailer for Wonder Woman. There was a lot about it that I really loved, but I thought it looked more like a Chris Pine movie featuring Wonder Woman than a Wonder Woman movie occasionally featuring Chris Pine. One of the things that I did love about the Wonder Woman comics that I have read is that she spends a good portion of her time explaining to people that she doesn’t need a love interest, she’s a little too busy saving the planet.

One of the things that the media pushed about this movie was that they were “taking a big risk” in hiring a relatively unknown woman who would be given the reins of such a huge project. But here’s the thing. SO many guys get that exact break, often to a greater scale than Patty Jenkins did with Wonder Woman. Her previous film had an $8 million budget. That’s not a little indie-film. That’s a big deal.

When the Alamo Drafthouse (a theatre chain with a reputation for doing some pretty unique things) decided to offer a women-only showing of the movie, they were blasted online by men’s rights activists, suggesting that this was a prime example of reverse sexism.

Hold on. I’ll be over here hitting myself in the face with a frying pan.

Note, this was my experience with the movie BEFORE I saw it. My wife came home tonight and I told her I was heading out to see Wonder Woman. And I did.

I went to the theatre all by my lonesome, something I probably haven’t done since I worked at the theatre in high school, and I settled in for the movie.

I’m not going to ruin MUCH about the movie, from a plot perspective, but I will say that all my concerns were unwarranted. I don’t know if it was my favourite comic book movie of all time, but I do know that if it wasn’t, it was very close.

Now back to me, as a father. As a father, I will buy this movie on blu-ray or alpha disc, or whatever people are using by the time it comes out, just so that I can show it over and over again to my daughter and say, “THIS! THIS is what is possible for you. You can’t do as much as a man. You can do SO MUCH MORE.”

I’m a bit of a crier at movies. I’ve written before on this topic, and in this case, the movie elicited 4 tearful moments, which is right on par for more comic book movies these days.

My daughter is too young to watch Wonder Woman right now. At age three, we’re mostly focused on Paw Patrol and Super Why. But I will watch this over and over again, and dream of the possibilities that exist for her - the ones that I will help with, and especially the ones that I will have absolutely nothing to do with.