This "Rogue" Campaign is the Best Ad We've Seen in Weeks

Seriously, who let the onion-chopping burglars into our houses? 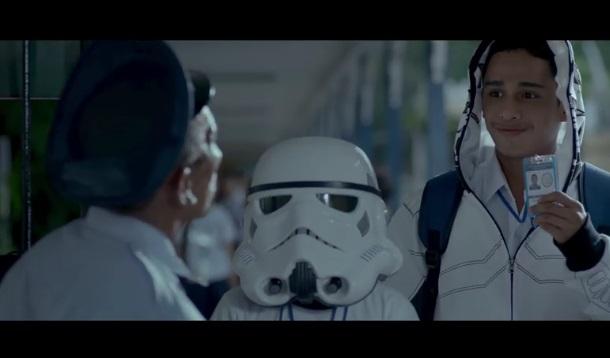 It'll be a full year yet before Star Wars Episode 8 hits the big screen, but Disney anticipated our jonesing. Rogue One, a standalone space opera in the Star Wars universe, will be in theatres in a little bit over a week.

There's nothing too outlandish about the film's stock plot - an unlikely group of heroes band together to do something great (in this case, they intend to steal the plans for the Death Star). In any event, it promises to be a solid action adventure film - everyone loves a rebel, and Disney is running hot on having female heroes (here's hoping that the toy companies got the memo this year).

Rogue One is set to debut at the Dubai Film Festival on December 14, and then it will release in North America on the 16th, and HOPEFULLY this film will tide us over until Rey and Luke show up to kick butt and take names on December, 2017.

Ironically, however, it's not Star Wars' Rogue One "10 Days Left!" advertising that caught our eyeballs in the last 24 hours. It's this short clip that went up last night, from Philippine telecom company Global, that stole Disney's pre-release thunder (and also let burglars into our house so they could chop 10 pounds of onions).

Global set up a contest to promote the release of Rogue One by celebrating unlikely but everyday heroes all around us (who might just be wearing a Storm Trooper helmet) and launched it just in time to have us sitting here bawling into our morning coffees.

I don't think we're allowed to enter the contest on this side of the pond, but you can bet your helmet we'll be checking out #CreateCourage on social media to get our feel-good action on this holiday season.

RELATED: Apple's New "Frankenstein" Commercial is Going to Make You a Little Misty