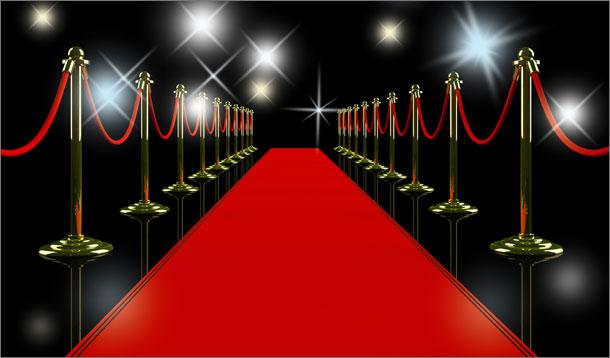 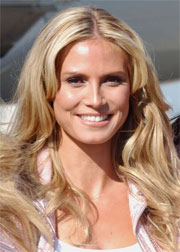 There is the whole celebrity marriage thing – her marriage to sexy singer Seal and the four kids make for a beautiful, iconic family. The fashion icon -- she creates and then dismantles the dreams of wanna-be fashion designers on Project Runway. She wears edgy, yet beautiful clothes on the red carpet. And then, there is that whole parading down the Victoria’s Secret runway five weeks after having her fourth baby. She even moved her personal trainer into her house to get her ready. That is essentially a relationship killer to me.

But hearing her talk about kids kind of makes me warm up to her. In an interview for her new show Seriously Funny Kids, you get a sense that she has quite a big inner goof. It’s hard to imagine the former supermodel getting all slimy with the nasty fake boogers or letting a kid dress her in fishnet stockings for a parent teacher interview. But that is exactly what Klum is doing these days as host of the unscripted reality show where Klum asks kids questions, and sets them up in funny situations with a hidden camera. Klum says that she chats with the kids all the while keeping in mind that the show is for adults. “I ask them questions that might interest children, but also grownups because really it is a show for grownups.” She gives an example of a child asking her about her boyfriend and if they like to play hide and seek and where does her boyfriend find her, she says that “these kinds of things that are so funny for grownups and he doesn’t even know what he’s doing.”

I wonder if this can lead to uncomfortable situations with the kids, but Klum says her intent is not to embarrass the kids but to show off their innocence.

She finds her role as interviewer challenging because she knows from being a mom that kids tend to be all over the place. “One day they’re into something and the next day, I’m like: ‘You loved this yesterday. How come you don’t love it today anymore?’ You know, they're just –so unpredictable.”

When it came down to her picking a fake booger to freak the kids out with she told the makeup team: “I want the big, slimy nasty booger.” And then had the kids walk in and she spoke to them as if nothing was wrong.

When asked if she feels doing the silly bits will harm her reputation as a supermodel, she answers: "In terms of me making a goof out of myself, I have no problem with that.”

Klum sounds like a fairly zany mom, as well as a kooky host. Despite the fact that her kids are “hilarious” they will not be part of the show. Though, she admits that like her they are into costumes and changing outfits. “My son Henry changes like seven to eight times a day.”

But how does she find time to be the ringleader at home and host three different shows – Project Runway, Project Runway Germany and Seriously, Funny Kids?

She says she doesn’t work as much as it appears: “I have a lot of time off in between [projects]. Probably to you guys, it seems a lot because you see me a lot, but in reality, I don’t really have this kind of 9 to 5 every-day work as other moms do. So I’m a working mom yes. Mommy goes. Mommy comes home at night, but kind of work in chunks, so I do have a lot of time off.”

Still not sure that Heidi and I could be buddies, but at least I know we could exchange some funny kid anecdotes. I would be staring at her abs the whole time though – so she probably wouldn’t be my biggest fan either.

Emma Waverman writes frequently, candidly and often with typos on the parenting blog www.EmbracetheChaos.ca, which is part of the MSN.CA (Microsoft Canada) portal. She is the co-author of the bestselling family cookbook Whining and Dining: Mealtime Survival for Picky Eaters and Families Who Love Them published by Random House which she wrote when it became obvious that her first of three children was going to exist on beige food for his entire life. Her lifestyle articles can be found in various publications including: The Globe and Mail, Chatelaine and Outpost Magazine. But more often than not, she can be found lurking on Twitter at @emmawaverman. She lives with her three kids -- aged 11, 7 and 5, and husband in Toronto.