When the Scale's Got You Down, Listen to the Pink Angel on Your Shoulder 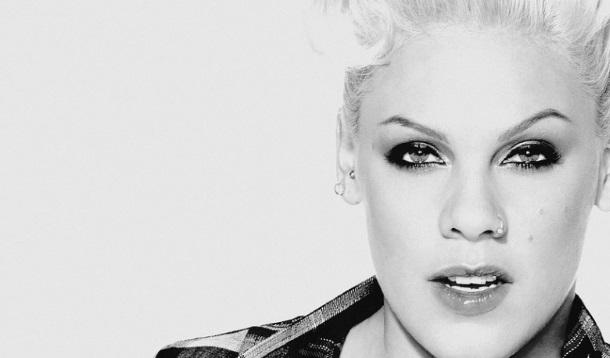 Growing a human morphs your body in crazy ways. It boggles the mind that the female form is designed to stretch and expand the way it does during pregnancy. What's more mind-boggling, though, is our collective expectation that our bodies will (more or less) return to its original state following birth.

Having recently welcomed her second child, Pink is under no such illusions. The singer admitted that, at 160 pounds and 5'3, she is officially "obese​."​

"...dammit I don't feel obese," she wrote​ on her Facebook page​. "The only thing I'm feeling is myself. Stay off that scale ladies!"

As someone whose body is publicly scrutinized every day of the year, it's admirable ​to see that ​Pink's body goals are realistic rather than punishing. I don't know about you, but after having my son, I had the cruel realization that a mere 8lbs of the 50lbs I'd gained was my son. The other 42lbs was pure Big Macs and Chunky Monkey (seriously, it's ​remarkable that my son isn't ​named after Ben or Jerry).

Fifty pounds... I was hardly going to broadcast the depressing numbers on my scale to the world, let alone my closest personal friends.

Revealing how old you are or what you weigh, for most women, are the grandest taboos. When​ put on the spot, most of us will tell a porky or two, shaving off a few numbers here and there—as many as we can get away with. The rest of the time, we are embarking on new, ever more restrictive diets that turn us into nasty human beings. (My husband can personally vouch for this. You wouldn't like me when I'm dieting.)

Not Pink, ​who just rolls with it no matter how many weight and bodily fluctuations she has seen throughout her career. Sometimes she's svelte; sometimes she's "obese." But she loves herself, always. Ladies, we could ​stand to ​learn so much from her “​screw it” ​attitude to weight. She seems to accept that her body is different after motherhood.

We just wanted to say "hey thanks!" To Sia and stargate and all the lovely humans showing us so much love for our little song on the radio. I love singing, I love Sia, I love this little guy and I'm stoked you all love it. Carry on.... TGIF #waterfall #love

​​She works hard at ​what counts: ​getting fit and strong. Those, she reminds us, are the only body goals we should be aiming for after bringing new life into the world.

So if you are pregnant or currently mothering a little one, bookmark Pink's social feed. Tape her daily mantras ​on all your mirrors. Tattoo her slogans on your thighs. Whatever. I wish, when I had had my son, that I had ​Pink perched on my shoulder like a funky guardian angel, telling me "fuck it, eat ​all ​the cake and be merry. Then work out ​like a demon​​. But above all, love thyself."

The next time you find yourself hating the way your jeans fit, take a breath and tune into the Pink angel on your shoulder.