up until the very end, these Oscars were all about respecting moms 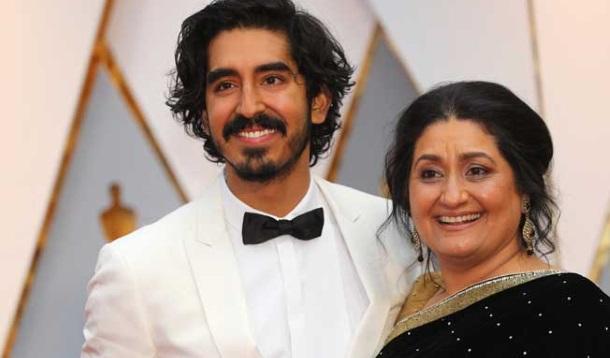 Most people will remember this year's Academy Awards as that time when they almost gave La La Land the best picture award instead of Moonlight by accident. But up until the very end, these Oscars were all about respecting moms.

Dev Patel brought his mother as his date.

The best supporting actor nominee for his performance in Lion had his mom on his arm as he walked the red carpet and they easily won me over for cutest couple ever.

Full marks to Dev Patel who brought Mama Patel to the #Oscars pic.twitter.com/IlXThiVBi3

Mahershalla Ali thanks his wife who just gave birth.

The best supporting actor winner for his role in Moonlight made sure to give props to his wife who was in her third trimester throughout the award season and had just given birth four days earlier. "I just want to thank her for being such a soldier through this process," Ali said, "and really carrying me through it all."

When Colleen Atwood's daughter looked happier than anyone all night.

This was costume designer Colleen Atwood's twelfth nomination and fifth win for Fantastic Beasts and Where to Find Them, but she still looked seemed taken by surprise. She brought her children as her dates and the cameras caught her daughter looking unbelievably overjoyed when her mom got the win.

After 21 nominations, sound mixer Kevin O'Connell finally took home an Oscar for his work on Hacksaw Ridge. He said his mom, Skippy O'Connell got him his first job in a sound department and when he asked how he could thank her she said, "You can work hard. You can work really hard, and someday you can win yourself an Oscar, and you can stand on the stage, and you can think me in front of the whole world." He said, "Mom, I know you’re looking down on me tonight, so thank you.”

Lin-Manuel Miranda also brought his mom as his date.

The best original song nominee for "How Far I'll Go" from Moana went to the awards ceremony with his mom, too. People reports that Lin-Manuel told a story on a taping of the Rachael Ray Show about his mom promising he'd get nominated for an Oscar one day and that she would be his date. (Noted! This may be my only way to get there.)

One of the creators of this year's best song "City of Stars" from La La Land also had a special thank you for his mom. "I want to thank my mom, who is amazing and my date tonight and she let me quit the JCC soccer league to be in a school musical. So, this is dedicated to all the kids who sing in the rain and all the moms who let them." *Sniff.*

When Lonergan won best original screenplay for Manchester By The Sea, he made a special point of thanking his step-father for taking care of his mother in a way that "should be an example to everyone." Stop it! My eyes are getting wet.

When Tarell Alvin McCraney gave the best speech of the night about his mom.

When Barry Jenkins and Tarell Alvin McCraney won best adapted screenplay for Moonlight, Jenkins dedicated the award to those who feel like there is no mirror where they can see themselves reflected in society. But then McCraney went on to say, "I also want to say thank God for my mother, who’s proved to me through her struggles, and the struggles Naomie Harris portrayed for all of you, that we can really be here and be somebody." Pass the tissues.

She laughs at herself at Playground Confidential, if only to keep from crying. Please pull up a seat and let her shortcomings be your entertainment.