Mental Issues are No Laughing Matter 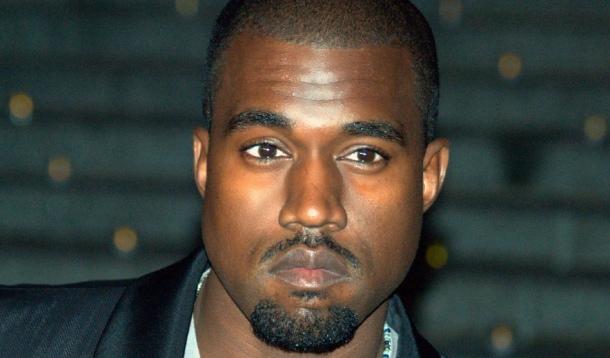 Once upon a time, I considered myself a reasonably intelligent human being who gave not one single shit about 99% of celebrity news, particularly when it came to the "famous families" - not the Smiths, nor the Osbournes, and definitely not the Kardashians. This is not to say that I wished them ill or anything - I just couldn't figure out why I needed to know the innermost (sordid!) details of the personal lives of ordinary but "famous" strangers - especially when it came to highly personal details like weight, relationships, or pregnancy.

Yes. Celebrities are more or less ordinary human beings doing a relatively ordinary job - one that provides a great service, to be sure. Entertainment is a valuable commodity, and there are some added perks that come along with having that incredible visibility - power and influence, namely. The flip side, of course, is when your whole career is based on people desiring your presence, there's a strong impetus to do stupid attention-grabbing things to simply remind people that you still exist, particularly if they seem to be forgetting.

This brings me to the Kardashians and Kayne West - people who are famous for some reason I can't quite discern, but who do serve the entertainment function and make people happy. I was happy to let them do their own thing, making people who care about them happy in the exact same way I'm happy to pretend new country music doesn't exist. And then 2016 happened, and Stranger Things came out, and now I'm starting to wonder if I haven't somehow wound up in the upside down.

First people were gleeful about Kim Kardashian getting tied up and robbed in Paris (bound to be a terrifying experience for anyone) and they were mad at Kayne for cancelling his show due to the "family emergency." Yeah, they put it in quotes. "Family emergency." I had to write one of the few articles actually defending Kim and Kayne. Just because they're annoying celebrities doesn't mean they deserve being bound and gagged and robbed and generally terrified for their lives, and it definitely didn't mean either that the show had to go on.

Then people got mad cause Costumish took down a poor-taste Halloween costume that featured a Kardashian look-a-like bound and gagged after people got mad at them. Oh and Costumish offered a pathetic "We're sorry if it offended anyone." That was cold.

NOW Kayne is having some mental illness issues, has voluntarily checked himself into a hospital and canceled his tour, and people are putting up cartoons like this. 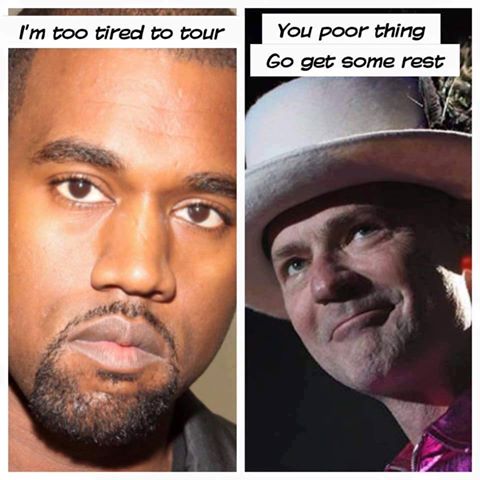 That is SAVAGE, y'all. And people need to rein it the hell in.

Listen, I love Gord Downie and he's an amazing man. The fact that he's still touring? Nothing short of flabbergasting. Here's the problem, though: if Gord decided, today, to cancel whatever other tours he has, go home and spend the rest of whatever time he's got with his family? Nobody would say a word. Why? Because that would be disrespectful of his illness.

And THIS is the problem: people have no respect for mental illness.

Our brain is what defines us. It makes us who we are. The fact that something can go out of whack in your own mind and completely change everything should be breathless, wetting your pants in terror type material. Because trust me - it can strike your own life faster than you think. Pardon my vocabulary, but you should respect the fuck out of mental illness, because it's a disease with a thousand faces that can warp reality and change your very thoughts and personality. Forever. Mental illness is SCARY AF.

I've lost family members to suicide. I have relations that have OCD. Who are bipolar. I have friends who struggle either directly or indirectly with narcissism, anxiety, addiction, eating disorders, ADD and schizophrenia. Estimates are that 25% of people have or who have dealt with some form of mental illness, so if you think mental illness isn't a part of your life? You're not looking around.

You might think this could never happen to you. You might think you're sane. You're not on medication. You're older and you're long past worrying about developing something like ADD or OCD. But you don't know how very easy it is to tip your balance into depression or psychosis. Stress, physical illness, general unhappiness, hormones, and even failing to get enough sleep because you have heartburn at night can induce changes in your brain that are so slow and insidious that you don't even realize something's happening until one day you sit in your car and have a perfectly calm passing thought about what it might be like to leave your car running after you park it in the garage.

So, yeah, Kayne has some problems. And some people are making fun. And here I am in the distinctly uncomfortable position of defending Kayne and Kim Kardashian for the third time this year, and having to say "Listen. This isn't cool."

I thought needing to defend Kim the first time meant hell frozen over. Is three a sign of the apocalypse?

RELATED: Kim Kardashian Was Robbed at Gunpoint & People are Being Assholes About it