James Charles is Boldly Going Where No Boy Has Gone Before: CoverGirl

Gender boundaries are getting turned on their head 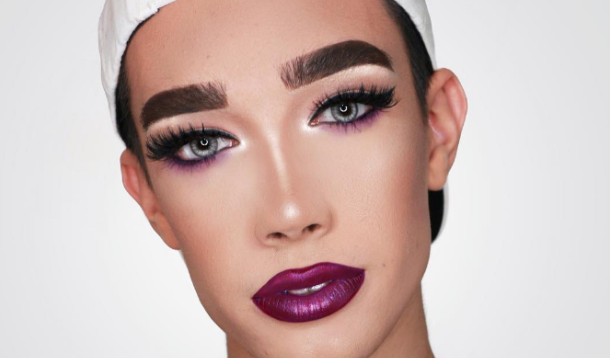 On October 11, Katy Perry's Instagram fans got a special surprise and first look at the future. She announced she had just wrapped a CoverGirl shoot with CoverGirl's very first "CoverBoy"... James Charles.

This 17 year-old has broken down a barrier by being the first male ever hired to represent makeup since their foundation in 1958. He (literally) represents the face of things to come.

In an interview with the NYT, James insists that what he is doing is not drag: "[B]oys in makeup are boys in makeup. When you’re a drag performer, you’re a boy in makeup performing as a female. Drag is performance artistry." James isn't trying to perform as a female. He's simply being himself and trying to open up avenues of self-expression and gender inclusivity.

The LGBTQ crowd has plenty of reasons to celebrate this victory, but I think us moms of boys who identify as straight can, too.

Those teenage years are a weird and fragile thing; identity becomes somewhat fuzzy as one tries to figure out who they are and how they're supposed to fit in this new role as an adult. Gender boundaries start becoming codified by society. Well, we're adults now, so we're supposed to dress this way, and talk this way, and act this way...

Personally, I remember the teenage years with something less than enthusiasm, and I'm sure I wouldn't be the only one to. That 'ugly duckling' phase where our bodies and hormones seem to have a mind of their own - many of us clung by the nails, hoping just to survive the ride. But as moms, our generation of women had something that the boys didn't have - the ability to wear makeup to cover up the hallmark of being a teenager, also known as zits.

When I had confidence and control in so little else, at least makeup gave me SOME control over what others saw of me. When I felt ugly and awkward, at least I could put on a coat of foundation so that my skin tone was more even and put on some mascara so that attention was drawn away from the things that I didn't want people paying attention to.

My husband, he didn't have any of that. I saw photos of him as a teenager. There aren't many, and I can imagine why - there aren't many of myself during my teenage years either. My husband actually says that being a teenager was the worst years of his life.

While not all boys may want to be as glam as James Charles and have their cheekbones as "poppin," mainstreaming makeup as unisex will give my son that mask that I had - and my husband didn't.

Self confidence, and a better ability to control what the world sees when he hits puberty.

I think that's a great reason to approve of this new CoverBoy.