Annoying celebrity or not, this is over the line. 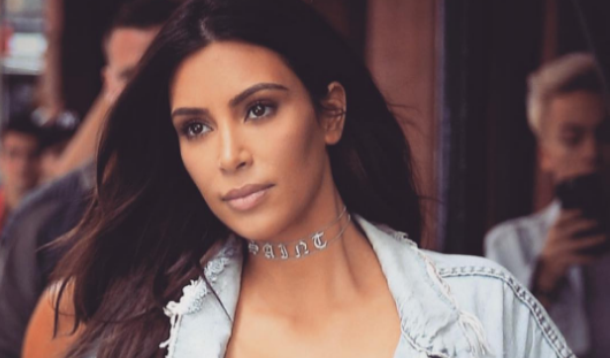 If you had told me last week that I'd be stepping up to bat for Kim Kardashian and Kanye West, I probably wouldn't have believed you. When it comes to celebrities, I'm all "IDGAF" at best, and these two are definitely not near my "at best" list.

But there's a line. While I think they're pandering, self-important nincompoops, I wouldn't wish harm on them. While I disagree strongly that her nude selfies are all about female empowerment, I wouldn't say Kim deserves, asked for, or actually STAGED being bound and gagged by two men and robbed.  And while Kanye makes my very brain hurt, I can't imagine using quotes to belittle his stopping a concert to address ANY family emergency, armed robbery or not.

What the heck. I guess hell has frozen over after all.

Celebs put their life out there for people who enjoy immersing in something other than their own lives - let's call it what it really is: voyeurism, or perhaps scopophilia. Perhaps it's not super sexual, but they are pandering to the visual pleasure of the consumers. I get it. I'm not into it, myself, but I can totally see why people take an interest. Grass is always greener. It's nice to get a taste of the glam when one is tired of mundane 9-5 and porch-cations. Who wouldn't like to see pictures of Maui and the lifestyle that having millions can bring instead?

Celebs aren't unicorns. When we view from afar, it's apparent that most people forget their manners and act in ways that they wouldn't dare treat people face to face. But that's always the classic internet problem, isn't it?

Kim was the victim of a crime, Kanye left a concert to go to her side as any good partner would, and the trolls came out to feed.

Kim Kardashian was held at gunpoint in a Paris hotel. Man will be charged with not pulling the trigger and saving humanity from mediocrity.

@cnni @KimKardashian @kanyewest Why is this breaking news? This type of stuff happens all the time, plus who cares?

I've worked with and encountered celebs which is maybe why I am less than enchanté. They can be definitely strange, aloof creatures of odd habits. But I'm also very much aware that they are people doing a job, oftentimes who are just people-d out and tired of selfies and autographs. They just sometimes want to sit and enjoy a meal and a beer, like any of us. They sometimes have problems, just like us. They want approval from people for their work, and they have feelings too, like most of us. And sometimes they are like Dolph Lundgren, just trying to sneak a workout in in your local gym, wearing tiny purple shorts.

Incidentally, I actually saw Corey Feldman this weekend at my local comic con, and after the recent media shit-show that was the debut of his song Go 4 It, it was good to see that he had a pretty huge lineup of people who were speaking to him positively about how much they enjoy him. Although I'd be willing to wager that, even if they didn't have to pay, few of the people who were so negative about the song would have actually gone up to him and told him to his face that they thought his video sucked. 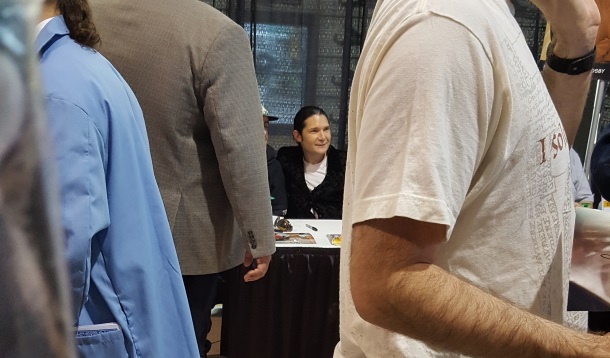 (Illicit photo I took from afar cause it was a million degrees in there and the line was huge. Sorry Corey, I would have paid and come to say hi but I thought I was going to have heatstroke).

Celebs are people who consider entertainment in all its varieties their job. They aren't your punching bags or karma rage dumps, even with the anonymity of the internet, and like every person working an ordinary job, their work shouldn't supersede their real-life needs.

Kanye didn't owe us a concert when Kim needed him to be there for her. Is the first thing you would have thought "I want my money back"? If it was your co-worker who had to leave suddenly, would you make air quotes that he had a "family emergency" to take care of? You may not like butt selfies and the Kardashian tv show, but if Kim was just your ordinary next-door neighbour with a nice house and jewelry, would you be tweeting that it's such a terrible thing that the robbers left her alive?

We sometimes think negative things about people we don't like. It's a human mistake. But we can strive to be better - we don't have to say them. And even when we blurt out these less than stellar thoughts, we can think about our words and admit to ourselves that perhaps it wasn't such a nice thing to say. We have the capacity to be generous to one another, to be helpful, and supportive.

But even when we cannot bring ourselves to do those things, we don't have to wish people harm.

RELATED: Relax, Sometimes Kate Hudson is a Bad Mom Too