As Feminists, Should We Demand More Crotch Shots?

we're wondering where the "best bulge" slideshow is 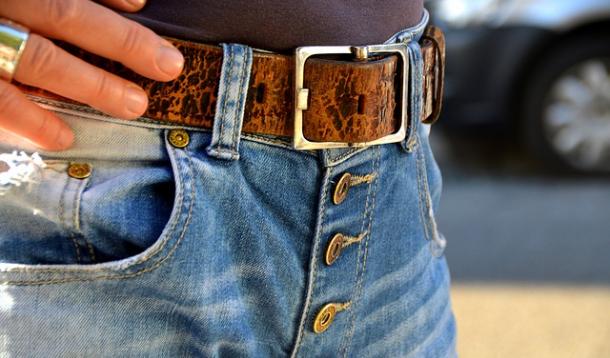 Who doesn't love great cleavage? That's apparently the motto of the Toronto Sun and its electronic publication, Canoe.com, which released an entire slideshow devoted specifically to ogling the boobage that was visible on the red carpet of the Toronto International Film Festival.

It was a notable blip in the dismal media coverage of the TIFF by the Toronto Sun. Clearly there's a pervasive attitude over there that film for art's sake is boring AF. Why would anybody want to talk about more than one or two cinema favourites of the critics when one could talk about celebrities, shenanigans, and boobs?

Seriously, I had to check my calendar to see what year it is.

The Toronto Sun seems to be aspiring towards some serious low-brow entertainment tabloid rag standards, the likes of which we're treated to in the impulse-buy sections at the grocery store and on late night TV. Like this stuff. I can't actually make this up, people actually publish stuff like this on a major media site with statements like "she could float all on her own." (In fact, TMZ even has an entire tag called "celebrity boobs.")

Despite the fact that women have been been saying it's inappropriate to stare at their chests when talking to them for decades, the chest staring (and photographing) still exists, and sexual fetishizing of breasts and turning them into marketing commodities is still the rule of the day for many tabloid and entertainment rags. Breasts are part of sex, and sex sells. So whip those puppies out - unless of course, you're actually using them to feed a child, in which case you'll be told by many to put them away.

But you know what? Perhaps we feminists are going about this all wrong. If sex sells, and people don't want to stop, then maybe we just need more equal representation in our eye candy coverage?

If you can't beat them, join them! Hey, we're only human. You and me, baby, we ain't nothing but mammals.

So perhaps we need to see more photos of hot celebrity males wearing tight pants in mass media. Or... less. Oh, and the photos should, appropriately, serve to frame only the important parts. Er, part. I mean, we had the Orlando Bloom meltdown on Twitter, but there's about 1 Orlando for 10,000 "floatation device" jokes.

Oh and incidentally, the Sun didn't put up any of Orlando's naked pictures, even the censored ones. That seems a little unfair to the readers of the Sun.

If you got weirded out reading this, perhaps that should indicate how exactly messed up our society is about sexualizing the female body and making it available.

Entertainment media outlets of this sort need to either grow up... or even the score.