Transport Yourself To New World's This Summer 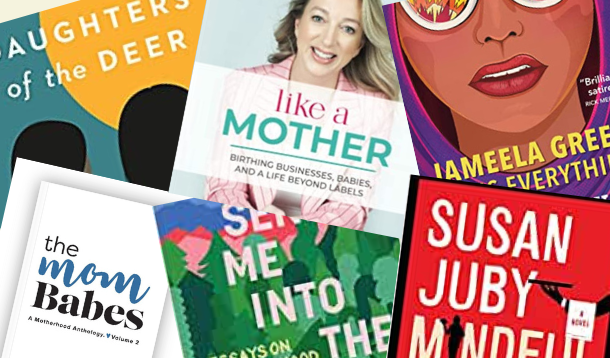 I recently unlocked a serious parenting level on a weekend away. I sat, drank coffee, and read my book while my children played. I’ve packed a book on every holiday since I began parenting over five years ago but never had I ever actually read more than a page and my goodness it felt amazing. Even though my family was only a few feet away, I was able to escape into ‘Send me into the Woods Alone’ by Erin Pepler and live her reality for a while, instead of my own. I emerged several chapters later feeling relaxed and a little disorientated. Now that I’ve tasted the freedom of reading on holiday, or with my children present, I can’t get enough. I’ve begun dreaming of sunny backyard lounge chairs and beach holidays where I devour book after book. Here are a few books, from Canadian female authors, on my summer reading list.

Send me into the Woods Alone
By Erin Pepler 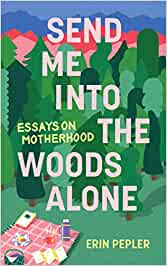 This book is an honest, heartfelt, and often hilarious collection of essays on the joys, struggles, and complexities of motherhood.

Erin Pepler’s essays explore the major milestones of raising children, from giving birth (and having approximately a million hands in your vagina) and taking your beautiful newborn home (and feeling like you've stolen your baby from the hospital), to lying to kids about the Tooth Fairy and mastering the subtle art of beating children at board games. Plus the pitfalls of online culture, the #winemom phenomenon, and the unattainable expectations placed on mothers today.

Written from the perspective of an always tired, often anxious, and reluctant suburbanite who is doing her damn best, these essays articulate one woman's experience to help mothers of all kinds process the wildly variable, deeply different ways in which being a mom changes our lives.

Sari, Not Sari
by Sonya Singh 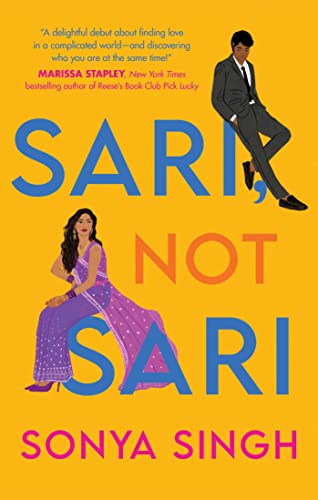 This delightful fictional debut rom-com follows the adventures of a woman connecting with her South Asian roots. Manny Dogra is the beautiful young CEO of Breakup, a highly successful company that helps people manage their relationship breakups. She’s also planning her wedding to handsome architect Adam Jamieson while dealing with the loss of her beloved parents.

For reasons Manny has never understood, her mother and father, who were both born in India, always wanted her to become an “All-American” girl. But suddenly, the woman who built an empire encouraging people to be true to themselves is having her own identity crisis.

An opportunity to attend a stranger’s “Indian” wedding leads to dancing and dal, masala and mehndi as Manny meets lovable if endlessly interfering, aunties and uncles. Along the way, she discovers much more than she could ever have anticipated.


The MomBabes: A Motherhood Anthology 2
By Christina Walsh and Carolyn Turkington 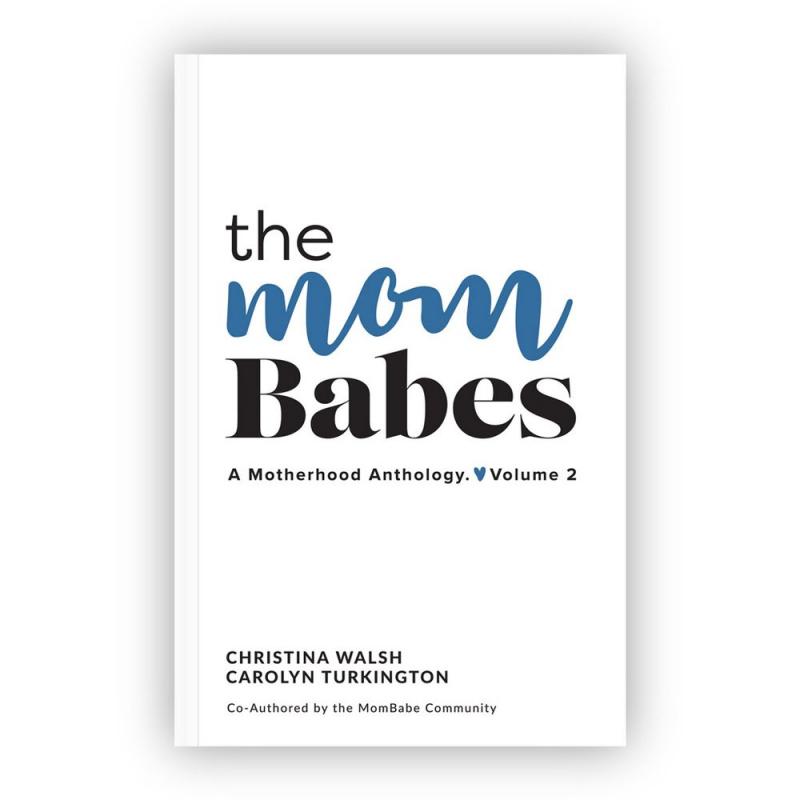 This book is your sisterhood. It’s a collection of stories from 18 moms who’ve been there, drank cold coffee and lived through the mess of motherhood. This anthology reminds us that moms are more than just moms, sparking conversation about the ways women persevere through the hilarious, surprising, and sometimes heartbreaking experiences life throws at them.

The second book in this anthology series, readers come to learn the raw truth about the shared experience of mothers. We all have secrets, we all have sadness, and we all have a determined spirit that perseveres, knowing we are meant for something more. Each chapter serves as a mirror that not only reflects who we are as mothers but reveals who we are as humans, proving we’re never alone. 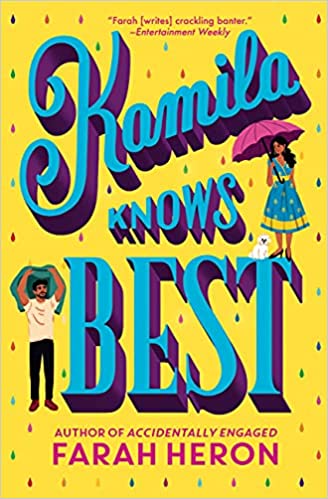 This Jane Austen, friends-to-lovers fictional romance shares delightful characters and a fun storyline. Kamila Hussain lives a life of comfort, filled with her elaborate Bollywood movie parties, a dog with more Instagram followers than most, a job she loves, and an endless array of friends who clearly need her help finding love. In fact, Kamila is so busy with her friends’ love lives, she’s hardly given any thought to her own.
Fortunately, Kamila has Rohan Nasser. A longtime friend of the family, he’s hugely successful, with the deliciously lean, firm body of a rock climber. Only lately, Kamila’s “harmless flirting” with Rohan is making her insides do a little bhangra dance.

Between planning the local shelter’s puppy prom, throwing a huge work event, and proving to everyone that she’s got it all figured out, Kamila isn’t letting herself get distracted—until her secret nemesis returns to town with an eye for Rohan. Suddenly, it seems like the more Kamila tries to plan, the more things are starting to unravel—and her perfectly ordered life is about to be turned upside down.

Daughters of the Deer
By Danielle Daniel 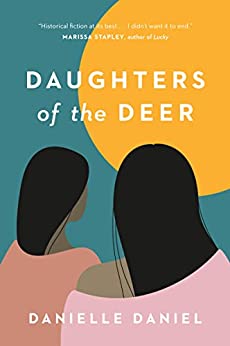 This haunting and ground-breaking historical novel imagines the lives of women in the Algonquin territories of the 1600s, a story inspired by the author’s family’s ancestral link to a young girl who was murdered by French settlers.

1657. Marie, a gifted healer of the Deer Clan, does not want to marry the green-eyed soldier from France who has asked for her hand. But her people are threatened by disease and starvation and need help against the Iroquois and their English allies if they are to survive. When her chief begs her to accept the white man’s proposal, she cannot refuse him, and sheds her deerskin tunic for a borrowed blue wedding dress to become Pierre’s bride.

1675. Jeanne, Marie’s oldest child, is seventeen, neither white nor Algonquin, caught between worlds. Caught by her own desires, too. Her heart belongs to a girl named Josephine, but soon her father will have to find her a husband or be forced to pay a hefty fine to the French crown. Among her mother’s people, Jeanne would have been considered blessed, her two-spirited nature a sign of special wisdom. To the settlers of New France, and even to her own father, Jeanne is unnatural, sinful—a woman to be shunned, beaten, and much worse.

With the poignant, unforgettable story of Marie and Jeanne, Danielle Daniel reaches back through the centuries to touch the very origin of the long history of violence against Indigenous women and the deliberate, equally violent disruption of First Nations cultures.


Like a Mother: Birthing Businesses, Babies, and a Life Beyond Labels
By Julie Cole 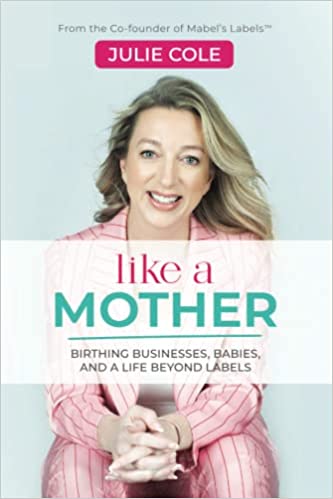 Working moms wear many labels, but maybe none more than Julie Cole, co-founder of Mabel's Labels and mom of six, including a son with autism. This book shares inspirational stories and lessons learned through parenting her lively crew of kids and building a multimillion-dollar business with her co-founders between their children's naptimes and playdates.

Filled with useful biz, life, and mom hacks readers can implement right away, the author’s honest, authentic, and humorous take on balancing the motherload will spur you on to be the boss of your own life and to live it like a mother!

Mindful of Murder
By Susan Juby 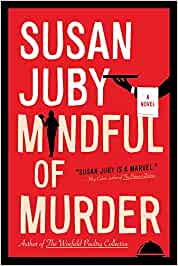 This suspenseful mystery will keep you on your toes. Helen Thorpe is smart, preternaturally calm, deeply insightful and a freshly trained butler. On the day she is supposed to start her career as an unusually equanimous domestic professional serving one of the wealthiest families in the world, she is called back to a spiritual retreat where she used to work, the Yatra Institute, on one of British Columbia’s gulf islands. The owner of the lodge, Helen’s former employer Edna, has died while on a three-month silent self-retreat, leaving Helen instructions to settle her affairs.

Edna’s will is more detailed than most, and getting things in order means Helen must run the retreat for a select group to determine which of Edna’s relatives will inherit the institute. As Helen carries out the will’s instructions, she begins to think that someone had reason to want Edna dead. A reluctantly suspicious investigator, Helen and her band of butlers find themselves caught up in the mystery. 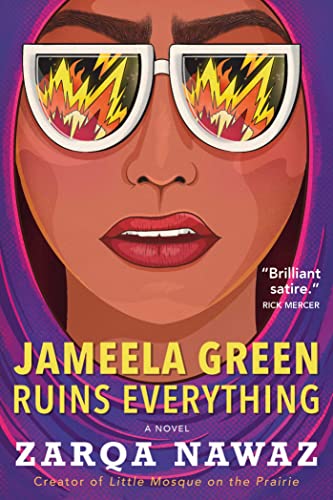 This hilarious satire shares a disillusioned American Muslim woman who becomes embroiled in a plot to infiltrate an international terrorist organization.

Jameela Green has only one wish. To see her memoir on The New York Times bestseller list. When her dream doesn’t come true, she seeks spiritual guidance at her local mosque. New imam and recent immigrant Ibrahim Sultan is appalled by Jameela’s shallowness but agrees to assist her on one condition: that she performs a good deed. Her quixotic quest soon finds her entangled in an international plan targeting the egomaniacal leader of the terrorist organization—a scheme that puts Jameela, and countless others, at risk.

A dark comedy about the price of success, and a biting look at what has gone wrong with American foreign policy in the Middle East, this book is a compulsively readable, yet unexpectedly touching story of one woman’s search for meaning and connection.