Plus, info about the 2013 TD Grade One Book Giveaway 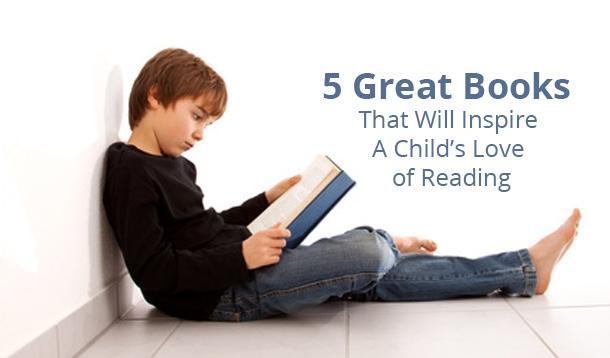 What inspires imagination more than a book? Nothing. The moment a child opens a book, a love of literacy begins as their heart and imagination are captured. They can travel the world, fly in a spaceship, or become a scientist—the possibilities are endless—because reading creates a world without limits.
Thanks to TD, Canadian kids are being encouraged to turn pages and enter worlds beyond their imagination. Last year alone, they donated $4 million to children’s literacy and reading organizations in Canada, helping to inspire a love of reading in both the classroom and the community.
TD and the Canadian Children’s Book Centre have announced the winning book for 2013—One Year in Coal Harbour by Polly Horvath. TD also gave young readers the chance to vote for their favourite book from the list of finalists for a chance to win a trip to Toronto to attend the gala awards celebration and meet their favourite children’s author. The winning choice for 2013 was also One Year in Coal Harbour.
If you're looking for a story that will inspire your kids to read, look no further. Each of these five distinguished books will capture your child's heart and imagination. 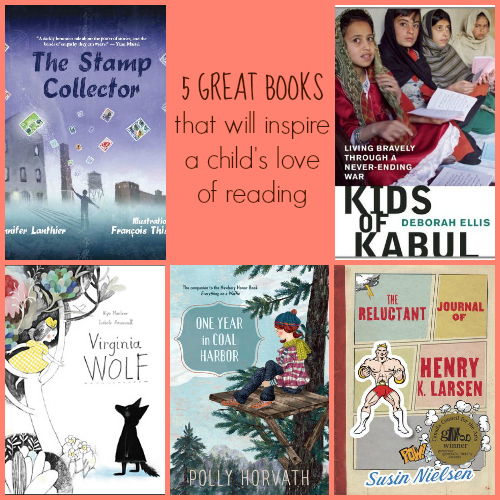 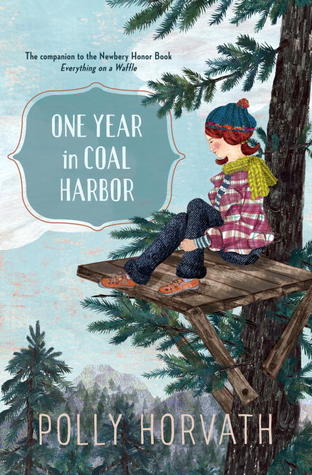 Primrose Squarp is back! The wise and curious heroine of the Newbery Honor Book Everything on a Waffle is facing another adventure-filled year in Coal Harbor. Even though her parents, once lost at sea, are home, there's a whole slew of problems and mysteries to keep Primrose—and eager fans—busy.

Polly Horvath has written many books for children that have won awards in both the United States and Canada including a Newbery Honor, National Book Award and The Vicky Metcalf award for her body of work. Her books have been picks of both Rosie O'Donnell and Oprah and have been translated into over twenty five languages.

Kids of Kabul: Living Bravely Through a Never-Ending War by Deborah Ellis (Ages 11+) 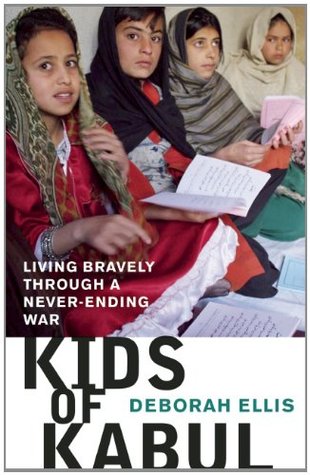 This eye-opening book provides a rare glimpse into a world vastly different from the one that Canadian kids experience… In choosing the interview format, Ellis provides her young narrators with a voice. The power of this book comes from the hard-earned wisdom of children who have lived through the horrors of the war in Afghanistan. By honouring this book we honour the right of children everywhere to have a voice in their lives and their futures.

Deborah Ellis is an award-winning author, a feminist, and a peace activist. Deborah penned the international bestseller The Breadwinner, as well as many challenging and beautiful works of fiction and non-fiction about children all over the world. 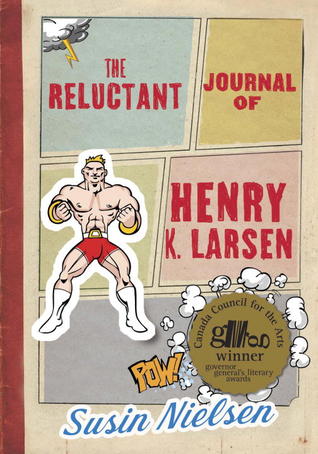 The Reluctant Journal of Henry K. Larsen is a story about the ultimate cost of bullying with a cast of fabulous characters, dark humour, and a lovable, difficult protagonist struggling to come to terms with the horrible crime his brother has committed.

Susin Nielsen got her first crack at novel writing when she was asked to write Shane, one of the books in the Degrassi series. She went on to write three more: Wheels, Snake and Melanie and vowed that one day she would write an original young adult novel. in 2006, she fulfilled her vow with her first wholly original young adult novel, Word Nerd.  Her second novel, Dear George Clooney: Please Marry My Mom was published in 2010. 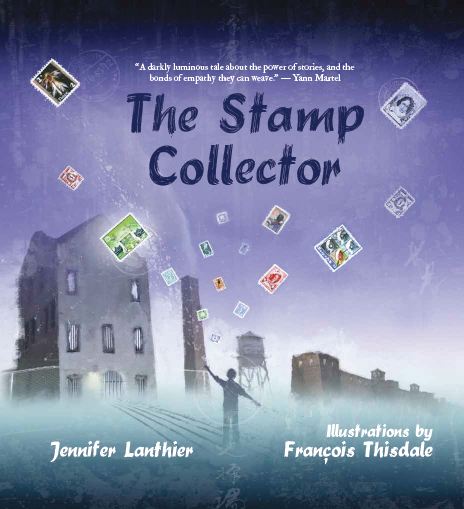 Hauntingly beautiful, The Stamp Collector is a powerful, yet simply told, story about the importance of freedom of expression and how words can inspire change. The Stamp Collector reminds us of one of life’s most powerful truths: a seemingly small action can make a significant impact.

Jennifer Lanthier comes from a long line of librarians and fiction-lovers but has spent most of her career writing non-fiction stories. Through her PEN volunteer work, Jennifer met the exiled journalist Jiang Weiping, who had spent six years in a Chinese prison for a series of investigative articles he wrote exposing the corruption of the then-unknown government official, Bo Xilai. That encounter led Jennifer to write her first picture book, The Stamp Collector. 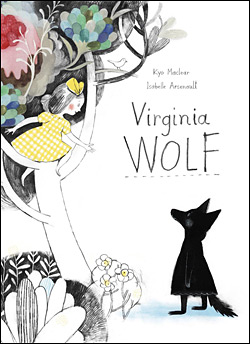 Beautifully told, this visually stunning picture book, tackles the complex issue of a family member dealing with depression. The images in the book move from darkness to a bright garden of colour as Vanessa helps to lift her sister’s mood.

Kyo Maclear was born in England, but moved to Canada at a young age. Kyo now resides in Toronto where she shares a home with two children, a cat, a musician, and a lot of books. In addition to writing for children, she is also a widely published essayist and novelist.

Isabelle Arsenault is an illustrator who studied Graphic Design at the Université du Québec à Montréal. In 2012, she received her second Governor General's Award for the illustrations of Virginia Wolf in addition to winning Le Prix jeunesse des libraires du Québec for Fourchon.

Did you know this is the 14th year TD has given away books to grade one students across Canada?

This year they will be distributing more than 500,000 copies of Boy Soup, written by Loris Lesynski and illustrated by Michael Martchenko to help inspire young children to read. Grade One students across Canada will receive a free copy of this book compliments of TD, which they can keep to take home and read with their parents and caregivers. 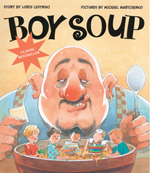 When Giant wakes up with a giant cold, he turns to his home medical guide for help. The prescription? A bowl of Boy Soup. Catching the boys is easy, but what he doesn’t count on is Kate. What happens next will help your kids learn a valuable lesson.

Loris Lesynski doesn’t just write poems for kids. She takes them into classrooms to test them out on her target audience, then perfects them until each one gets kids laughing and tapping to the rhythm. Loris greatly enjoys speaking at teachers’ and librarians’ conferences to share insights on selecting, enjoying, and performing rhythm and rhyme from the author’s point of view. 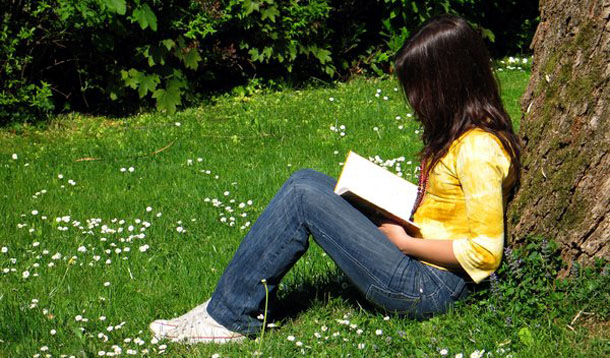 Want to inspire a love of reading in your children?

Check out some great ideas and more stories by moms on our Get Kids Reading page.

And to find out more about TD’s Children Literacy initiatives visit tdreads.com.

This is proudly sponsored by our friends at TD Bank Group.
tdreads.com