Zeba Khan: She Shopped, She Scored

What to do when you don't have time for a manicure 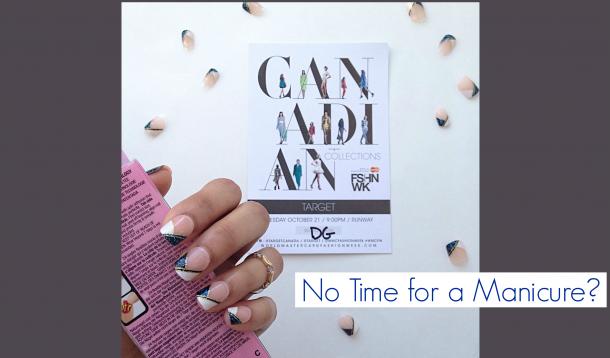 I hardly ever get salon manicures, preferring to save money and do the whole process at home. I usually paint my nails before  bed, so that my polish has more than enough time to dry. There's nothing worse than spending time giving yourself a neatly painted manicure, and then smudging your polish because it hadn't had a chance to harden!

Recently, I was getting ready to attend fashion week. I had been busy with errands all day and with 20 minutes left before I had to get on the train, I realized my nails were not done—not really ideal when I wanted to look my most fashionable!

Luckily, I remembered that I had some imPRESS Press-on Manicure by Broadway Nails. I had never used them before, but I figured they were worth a try. I had nothing to lose!

The box comes with 24 nails in total—you only need 10, but you have a wide variety of sizes to choose from. I cleansed my nails with the enclosed wipe, and separated out the 10 press-ons that fit comfortably on my nail bed. Application was easy, I just peeled off the plastic backing, aligned the press-on with my cuticle, and held it in place for a few seconds. It was a surprisingly simple process—it took less than 5 minutes from start to finish. Here is what they look like (the style I'm wearing is called WinkWink): 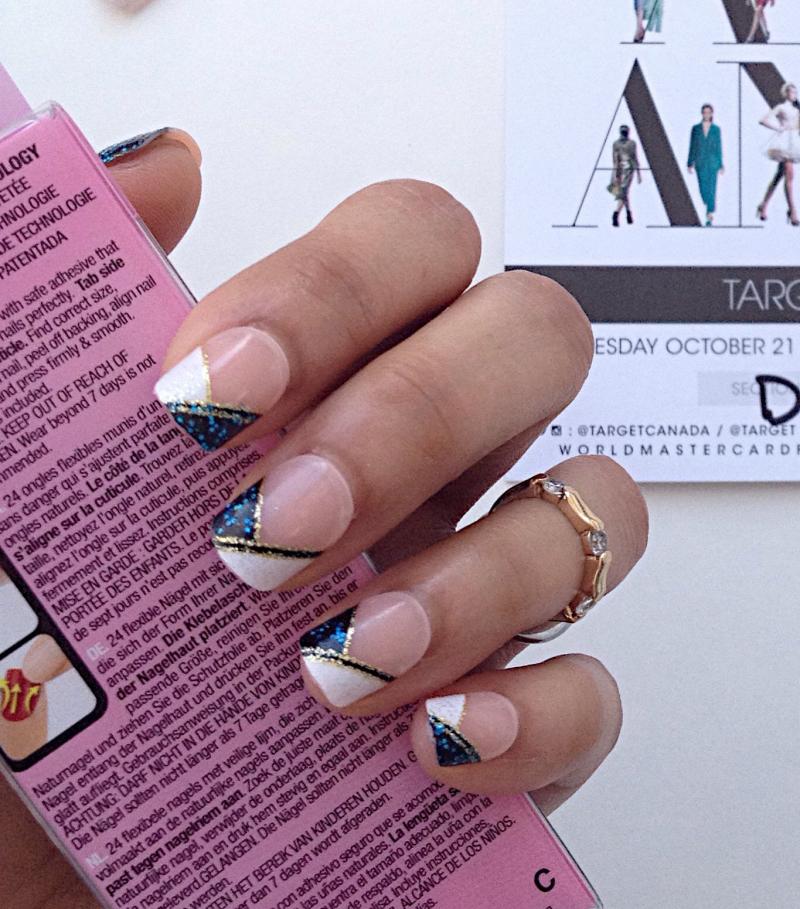 I'd previously assumed that press-on nails would look really fake AND that they would flick off easily, but, thankfully, that wasn't my experience. The nails aren't too long, so they don't scream artificial to me, and they were very firmly attached and felt comfortable. I was able to use my hands freely (i.e. writing, undoing buttons, washing my face) without feeling restricted or like my nails were about to come off.

As for whether they look fake—over the 4 days that I wore them, I had A LOT of compliments on my nails, but everyone was surprised when I told them they were press-ons. On closer inspection, they could see they were press-ons, but it's not obvious at first glance.

The press-ons are meant to last up to a week. The picture above was taken the 2nd day I wore them. By the fourth day, the 2 fingers I use the most had slightly wobbly nails, but the rest were still firmly attached; however, I decided to remove the whole set. Still, 4 days of wear is not bad, it would definitely get you through a weekend's worth of activities!

You can wiggle the nails off, or apply some nail polish remover between your natural nail and the press-on to dissolve the adhesive. After removing the nails, my natural nails still looked healthy and were undamaged.

These nails retail for $10.99 and can be found at many places, including Walmart, London Drugs, and Pharmasave. While I wouldn't use them on a weekly basis, I think they're a great option for special events (i.e. holiday parties or a wedding weekend). And I would DEFINITELY recommend keeping a backup box around . . . in case you have a fashion emergency, like I did!

How To Fix A Broken Fingernail

Zeba Khan: She Shopped, She Scored The Five Best Lunchbox Options for Your Kids

Zeba Khan: She Shopped, She Scored This Doll Encompasses Everything We Love About Childhood