The Bone Cage by Angie Abdou

Q & A with Angie Abdou 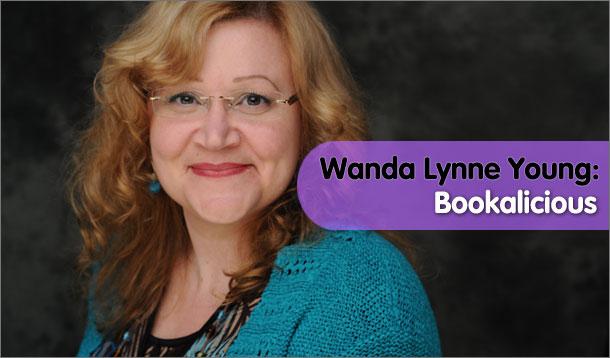 The Bone Cage is the first novel from Saskatchewan native Angie Abdou. The former competitive speed swimmer shares a compelling story of two elite athletes, a swimmer and a wrestler, training for the 2000 Olympics in Sydney, Australia. The critically acclaimed novel was selected as one of the CBC Books Top Ten Sports Books in 2010 and now it's a Canada Reads contender after earning a position on the Canada Reads top five books from the past decade. After reading the novel I can see how it scored it's spot. A few hours after reading her book I sent Angie my questions and she answered them from her smartphone while waiting in the Calgary airport en route to Toronto. What a sport!

Q & A with Angie Abdou

1.  You have a personal history with competitive sport and very similar to one of the Olympic athletes in your novel The Bone Cage. What do you feel would be more exciting, earning a gold medal in an Olympic sport or receiving a Noble Prize in Literature?


2.  Digger the wrestler says, “Athletes are experts in mind control.” If this is true for athletes, then what’s the trick for disciplined writers? If you get writer’s block how do snap out of it?

I apply the same discipline of the athletic life to my writing life. An athlete doesn't say "I'm not really feeling the muse today. I don't think I'll go to practice." So I don't give myself that option when I'm supposed to show up at the page. Just like Sadie has bad days in the pool, I have bad days at the computer - like Sadie, I push through.

I'm on my hand-held at the airport so I don't have the list in front of me, but anyone who hasn't read he biggies should do so immediately: The Book of Negroes, Three Day Road, Life of Pi, Unless...


4.  Sadie is a speed swimmer and a bookworm. How closely does Sadie resemble Angie as an author surrogate?

I like an author who said of his book "All of the characters are me and none of the characters are me." The main traits I share with Sadie are curly hair and a love of my grandmother. Yes, we both love books but when I was her age I was teaching Medieval Literature at the University of Western Ontario - so my interest in books was more intense than hers. Similarily, although I love swimming, it was never anywhere near as big a part of my life as it is of hers. Also, she's more solitary than I am. I would say she's more driven too (but I think people might laugh at me if I say that just now).


5.  As far as an athlete’s future is concerned, you reference Peter Pan and the need for the athlete to grow up once their Olympic expiry date has worn off. What kind of feedback have you received from the amateur and professional athletes who have read your novel?

So far, every athlete who has talked to me about the book has told me that I nailed it. That's a relief. This weekend a cbc show in Alberta is interviewing 3 Olympians about The Bone Cage. I'll hold my breath through that. No matter what, it'll be an interesting discussion.


6.  Can you share the meaning of the title “The Bone Cage” for those of us who may not be familiar with this Beowulf reference?

The bone cage means the body. I wanted readers to think about the way we are defined by our bodies and our bodies' limitations, how really body and identity are inseparable.


7.  Your brother gave you insights into Digger’s quest for gold as an Olympic wrestler. "The Bone Cage" characters are so vivid and real. Did you have an Eva, a Fly, a Ben or a Lucinda in your life?

Eva is like my Grandma. She died while I was working on this book and snuck her way into the story. Other characters are a collage and a mix of real people and my imagination and whatever role I needed them to fill in the narrative. I don't know where Lucinda came from, though - she's not like anyone I know (but I needed her).


8.  Multiple medal winning Olympic Summer and Winter Games athlete Clara Hughes recently revealed her battle with depression. Do you feel mental illness tends to be downplayed or overlooked during an athlete’s training since so much is riding on their performance?

I was sad to read that news about Clara Hughes. I hadn't heard that before now. And she is such a success story. It's much like Mark Tewksbury (another huge success story) saying the Olympics leaves its athletes broken souls. There are psychologicalists involved in sports, of course, but they are so focussed on that moment of performance. We could pay a lot more attention to post-Olympic depression and helping athletes transition.


9.  I'm eager to read your new novel "The Canterbury Trail". Can you tell us the background to the story?


10.  Former NHL star enforcer Georges Laraque is defending "The Bone Cage" for the Canada Reads win. Do you think both your competitive natures will give your book the edge to take the title?

I'm just a spectator this time, but I sure love watching Georges gear up for competition. He's good.

Abdou graduated from the University of Calgary with a PhD in English literature, and currently teaches at the College of the Rockies in British Columbia.