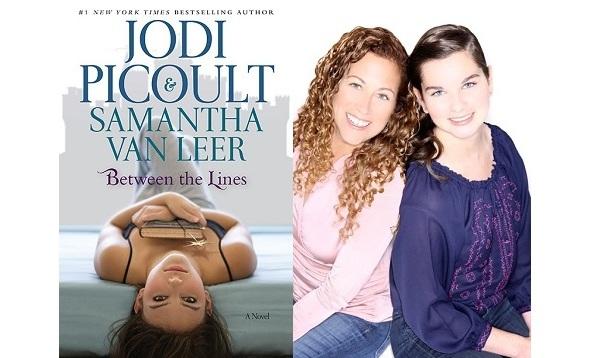 One of the perks of working with publishers, is having the awesome opportunity to give away books to ardent readers. Another bonus as a book blogger occurs when I get feedback in the form of a wonderful book review. Read along, as self-confessed bookaholic and budding teen writer Alex shares her thoughts on the charming new YA novel, Between The Lines, by Jodi Picoult and her teenage daughter, Samantha Van Leer.

Between The Lines Review, by guest blogger Alex W.
Once upon a time, there was a young boy named Oliver who was born without courage. His love—Seraphima—had been stolen away and locked in a distant castle, and Oliver must go on a quest to save her. After an arduous journey across the kingdom, Oliver finds his true love and rescues her from the evil villain, and they live happily ever after.
If only life were that easy. Oliver lives in a twisted fairytale world, where he can talk to anyone and do anything—unless the book is opened.
As soon as a reader cracks open Between the Lines, the characters have to act out the story. Day, after day, after day.
Nothing is as it seems. Oliver doesn't really love Seraphima, and Rapscillio—the evil villain—is actually a kind-hearted man who enjoys collecting butterflies.
Oliver is the only one who tires of acting out the story time after time. Everyone else is happy to do it, but all Oliver wants to do is live. He wants to explore the real world. He wants to live his own life, not act out a role that was created for him.
Then one day, the book is opened again, but something is different this time. This Reader notices more than anyone else ever has, and Oliver's enraptured by her. Her name is Delilah and somehow, some way, she and Oliver begin to talk and find solace in one another.
But Oliver soon tires of just talking to her. He wants to escape the book, live real life, and be a normal teenager. He tries and tries and tries some more to escape out of his life, but nothing works. He’s stuck in his fairytale world, and there’s nothing he can do about it.
Or is there?
Between The Lines, a suspenseful tale of love, adventure, and hope, is sure to have you reading with your hands clenched around the pages. Told from three different points of view, this story is easily one of the best things I have read all year, and is (in my opinion) an essential for everyone’s bookshelf. Check out an excerpt from the novel and a video interview with Jodi Picoult to find out more about Between The Lines.
By Alex W.
ABOUT THE GUEST BLOGGER
Alex W. is a 13-year-old amateur writer and a self-confessed bookaholic. She guest posts for various blogs, including the Bookalicious Blog featured on YummyMummyClub.ca. She is a fan of tv shows (Gleek), movies (Potterhead), and a major fangirl of One Direction. Check out her blog Musings Of A Book Nerd and follow @dontforget2live on Twitter.
BOOKALICIOUS BOOK GRAB GIVEAWAY
Simons & Schuster Canada is giving away five copies of Between The Lines! To enter the draw, all you have to do is leave a comment below. For more Simon & Schuster Canada books and author information visit their website simonandschuster.ca, follow @SimonSchusterCA on Twitter, and find Simon & Schuster Canada on Facebook.
Yummy Mummy Club Rules and Regs
You must be a Yummy Mummy Club member to win. Click to sign up! It's free and filled with perks. One comment per member. Entries accepted until June 29, 2012. Contest open to Canadian residents. Winners will be picked using www.random.org. Please mark the email [email protected] as a "safe sender" when you enter a Bookalicious giveaway, and respond within 1 week to claim your prize. For more details on upcoming book news, sign up for the Bookalicious Newsletter!
Relish reading,
Wanda Lynne Young
Photo credit: Adam Bouska
Category:
Culture - Books
Tags:
Bookalicious
Wanda Lynne Young
Between The Lines
guest blogger
book grab
Gleek
potterhead
harry potter
Glee
Jodi Picoult
Samantha Van Leer
YA novel
young adult novel
Simon & Schuster Canada
Bookalicious guest blogger
Alex W.
contest
book contest
win
contest entry
enter contest
teen books
tween books
books for teens
books for tweens
Jun
05
2012

Everybody Has Everything By Katrina Onstad

What if in one moment your entire life changed?

Everybody Has Everything By Katrina Onstad 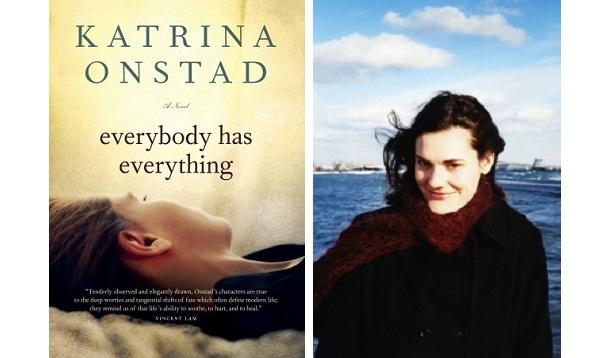 Can everyone be a parent? What if you don’t have the typical 9 months to prepare? What if, one day, you unexpectedly find yourself the legal guardian to a 2½-year-old after his parents are in a tragic car crash? Could you cope?

Everybody Has Everything is the heart-wrenching story of what happens when an established urban couple finds their life-as-they-knew-it turned upside down by a tragic test of fate. A car accident leaves their friend Marcus dead and his wife Sarah in a coma. Ana and James are shocked to discover that they have become the legal guardians of their 2½-year-old son Finn. Ana and James were open to becoming parents in the future but they weren't ready for it to happen in this way. Everybody Has Everything is a contemporary tale crafted with a delicate balance of tragedy and comedy, all the while addressing an ambivalence towards parenthood and the restlessness of marriage.
"In the end it took Ana and James only an hour to become parents."
Read more from Everybody Has Everything.
Get your hanky ready and watch the trailer for Katrina Onstad's novel, Everybody Has Everything.
ABOUT THE AUTHOR
Katrina Onstad's first novel, How Happy to Be, was published to great acclaim in 2006. Her award-winning journalism has appeared in The New York Times Magazine, The Guardian, Elle, and Toronto Life. Katrina lives in Toronto, where she is a culture columnist for the Globe and Mail.
You can learn more about Katrina and her novels by visiting her website katrinaonstad.ca. Social media fans can follow Katrina on Twitter @KatrinaOnstad and find Katrina Onstad on Facebook.
BOOKALICIOUS BOOK GRAB GIVEAWAY
Random House Of Canada has copies of Everybody Has Everything for 5 lucky Bookalicious readers! Leave your witty comment in the "click here to spill it!" bubble below to enter the draw.
For more great books visit RandomHouseCanada.ca, follow them on Twitter @RandomHouseCA @BookLounge @McClellandBooks and find Random House of Canada on Facebook.
Yummy Rules and Regulations
You must be a Yummy Mummy Club member to win. Click here to sign up. It's free and filled with perks! One comment per member. Entries accepted until June 15, 2012. Contest open to Canadian residents. Winners will be picked using www.random.org. Please mark the email [email protected] as a "safe sender" when you enter a Bookalicious giveaway and respond within 1 week to claim your prize. For more details on upcoming book news sign up for the Bookalicious Newsletter!
Relish reading,
Wanda Lynne Young
Photo credit: James Pattyn
Category:
Culture - Books
Tags:
Bookalicious
Wanda Lynne Young
Everybody Has Everything
Katrina Onstad
Random House Canada
McClelland and Stewart
BookLounge
Canadian author
Canadian novel
How Happy To Be
family
parenting
new parents
legal guardianship

This is proudly sponsored by our friends at Random House.
www.randomhouse.ca