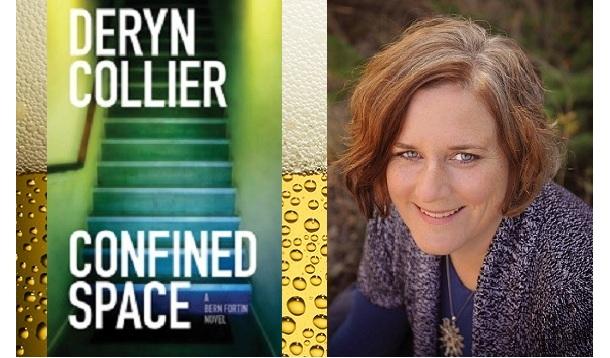 French Canadian Bern Fortin is a young retiree at 45. Bern cut short his military career as a Canadian Forces commander to become the coroner for a small mountain town in BC. Bern's history in war-torn counties still haunt his everyday, but he escapes his symptoms of PTSD by burying himself in his gardening hobby. Evie Chapelle just turned 40 and buries herself in her job as the safety manager for Kootenay Landing's main employer Bugaboo Brewery. She prides herself on the brewery's recent safety record and award for 500 accident-free days, that is until a worker finds a disintegrating body floating in the bottle-washing tank. The workplace "accident" investigation takes a turn when the victim's girlfriend turns up dead in a nearby field. Bern and Evie are thrown into solving a mystery that will bring up their own painful personal memories. They both risk their safety and sanity in search of the killer in their community.

Confined Space is a superbly written novel by Deryn Collier. The suspenseful story will grab you right from the get-go with well-crafted characters and a richly layered plot. To learn more about Confined Space you can check out an excerpt of Chapter One and view the gripping book trailer below.

Deryn Collier grew up in Ottawa and Montreal and now resides in British Columbia with her family. Her first novel Confined Space was shortlisted for the Authur Ellis Award for best unpublished first crime novel by the Crime Writers of Canada. You can learn more about Deryn and her novel Confined Space by visiting her website: www.deryncollier.com. Social media aficionados can follow @DerynCollier on Twitter, find Deryn Collier on Facebook and look her up on GoodReads: Confined Space.

Deryn Collier will be attending the Bloody Words Bony Blithe Light Mystery Award 2012 in Toronto from June 1st-3rd. For more details on this event visit www.bloodywords2012.com.

The #YMBC will be reading Confined Space and having a Twitter chat with our special guest author Deryn Collier! Save the date Wednesday, June 27th for what promises to be a thrilling discussion! Use the hashtag #ConfinedSpace during the chat and follow the #YMBC Twitter chat updates here: www.bookalicious.ca.

This blog is proudly sponsored by our friends at Simon & Schuster Canada
www.simonandschuster.ca

Guest Blogger Gets Her Hands on Cynthia Hill's Novel

Guest Blogger Gets Her Hands on Cynthia Hill's Novel 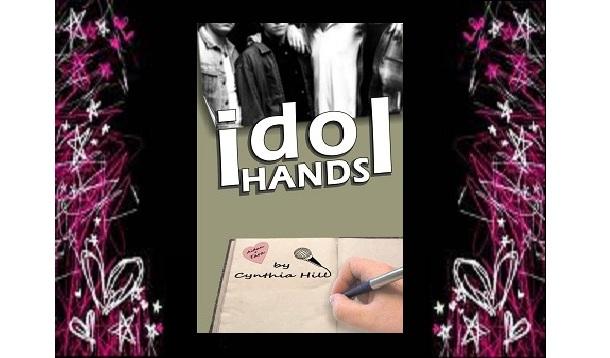 Bookalicious Guest Blogger Tara Wagg had the opportunity to enjoy the novel Idol Hands and interview the author Cynthia Hill. You can find out Tara's take on Cynthia's character "Tara". Read on to see what I mean! 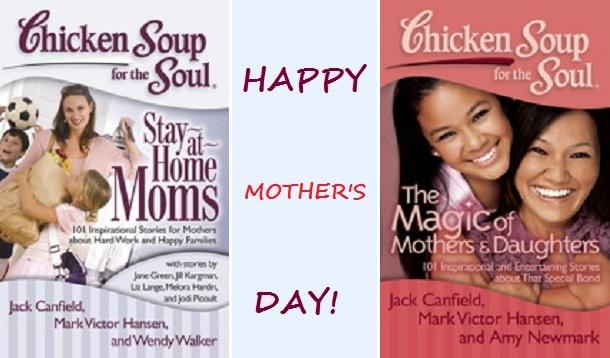 Mother's Day 2009 was a pivotal day for me, not just because my husband and two boys were spoiling me that day, but this was the day when Erica Ehm called to offer me the book blogger position with YMC. It's been 3 years and what a wild ride it has been! I've had the privilege to work along side so many fabulous bloggers, terrific YMC staff members, and wonderful Canadian publishers. It's like a dream come true for a book blogger to have the opportunity to work with awesome authors and help them promote their work!

Chicken Soup For The Soul: Stay-At-Home Moms is a reissue of Chicken Soup for the Soul: Power Moms. This collection contains 101 inspiring stories that will speak to the multi-tasking mothers who have made the choice to be a stay-at-home, or a work-from-home parent. Included are musings from famous moms; Jane Green, Melora Hardin, Liz Lange, Jodi Picoult, and Jill Kargman.

Chicken Soup For The Soul: The Magic Of Mothers And Daughters celebrates the special bond between mother and daughter. Moms and daughters alike will delight in this selection of heartwarming, and poignant stories. Both of these books would make great gifts for Mother’s Day!

For a little fun and inspiration, check out this entertaining video of famous authors answering the question, "What is your mother famous for saying?"

Simon & Schuster Canada is having a marvelous Mother's Day sweepstakes! Click on the image to enter pick-your-own-prize sweeps with selection of 5 books for Mom! 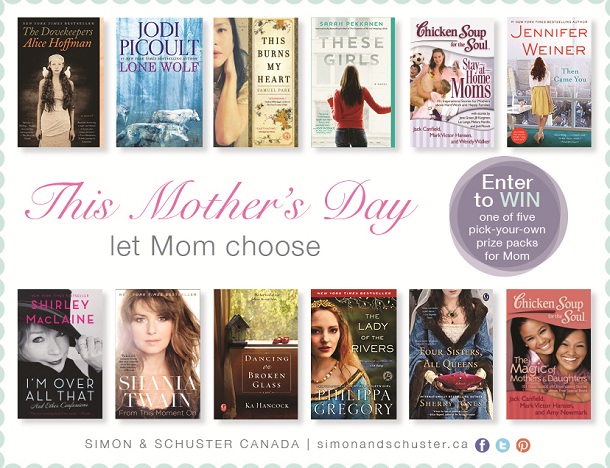 Yummy Mummy Club Rules and Regs
You must be a Yummy Mummy Club member to win. Click to sign up! It's free and filled with perks. One comment per member. Entries accepted until May 13, 2012. Contest open to Canadian residents. Winners will be picked using www.random.org. Please mark the email [email protected] as a "safe sender" when you enter a Bookalicious giveaway and respond within 1 week to claim your prize. For more details on upcoming book news sign up for the Bookalicious Newsletter!
Relish reading,
Wanda Lynne Young
Category:
Culture - Books
Tags:
Bookalicious
Wanda Lynne Young
Chicken Soup For The Soul Stay-At-Home Moms
Chicken Soup For The Soul
work-at-home moms
Chicken Soup For The Soul The Magic of Mothers and Daughters
mothers and daughters
Jack Canfield
moms
mothers
mums
mummy
mother's day
mother's day gift ideas
books for mom
Simon & Schuster Canada