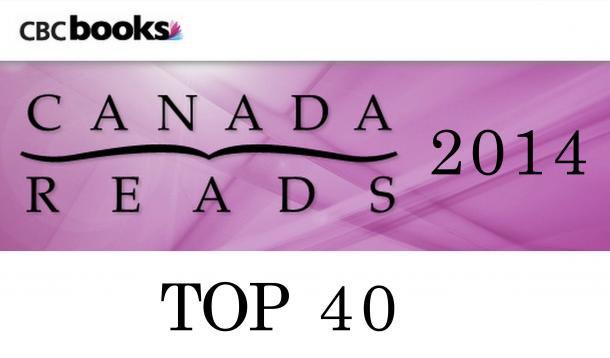 Canada Reads asked Canadians, "What is the one novel that could change our nation?" and they narrowed down the gazillion or so suggestions to make up the Canada Reads 2014 Top 40 longlist of books! 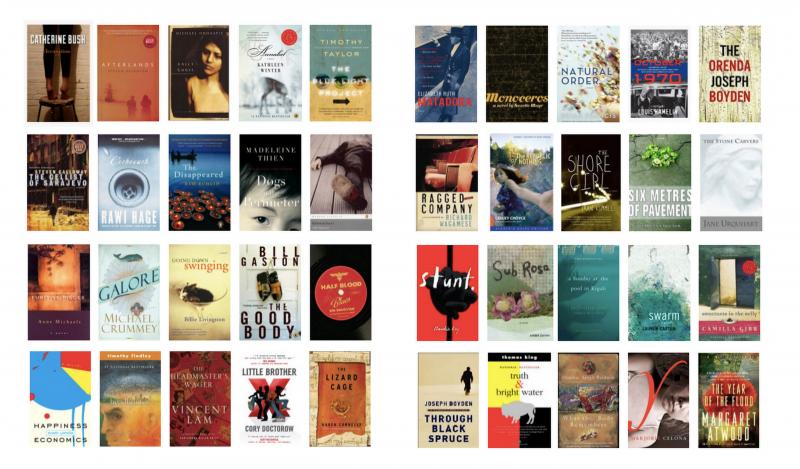 Here are the 40 books that made it to the 2014 Canada Reads longlist:

The Cellist of Sarajevo by Steven Galloway

The Disappeared by Kim Echlin

Dogs at the Perimeter by Madeleine Thien

Going Down Swinging by Billie Livingston

The Good Body by Bill Gaston

Half Blood Blues by Esi Eduygan

The Headmaster's Wager by Vincent Lam

The Lizard Cage by Karen Connelly

The Orenda by Joseph Boyden

The Republic of Nothing by Lesley Choyce

The Shore Girl by Fran Kimmel

The Stone Carvers by Jane Urquhart

A Sunday at the Pool in Kigali by Gil Courtemanche

Sweetness in the Belly by Camila Gibb

Through Black Spruce by Joseph Boyden

What the Body Remembers by Shauna Singh Baldwin

The Year of the Flood by Margaret Atwood

What do you think of this list? Have you read any or many of these titles? I'm pleased to see a few of my favourites in this collection. Now that we have our Top 40, it’s time for us to vote for the Top 10 to make up the Canada Reads 2014 shortlist. Don’t know where to start or who to vote for? You can explore the Top 40 books on Canada Reads and print out the list so you can add to your TBR pile! You can cast your vote for up to 10 titles by 11:59 p.m. ET on Sunday, November 3rd, 2013. The Top 10 will be revealed on Tuesday, November 12th on Q with host Jian Ghomeshi, and on the Canada Reads website. I will be following the #CanadaReads2014 activity on Twitter. So, are you with me?! Good luck to all the contenders and happy reading Canada Reads readers!