Right smack in the middle of a summer that is already far too short is the onset of bleak, fall-like weather. Time is on the move again and soon we’ll run out of balmy days entirely.

Feeling the painful pinch of summer’s brevity has put the pressure on to make a summertime bucket list of all the fun things I want to enjoy with our baby boy before September arrives.

It's also a somewhat reasonable way to spend a rather gloomy afternoon. And it is gloomy out there. I am sitting beside our bay window and it’s giving me a full view of the dark, overcast sky blanketing Toronto.

So here it goes: My first ever bucket list.

Get messy: One afternoon I whipped up a batch of homemade paints for Baby B to get creative with. He was coated in blue, red and yellow and had a blast. I want to make more messes with him. Crayons. Washable markers. Paint. Sand castles. Today we tried chalk. That didn’t go over so well (he dropped the chalk on the ground and it shattered into three tiny, unusable pieces). For now we’ll stick to things that don’t break so easily. I welcome any cool ideas, but preferably ones that don’t require the precise use of fine motor skills.

Go to the Toronto Islands: Haven’t been in years. It’s beautiful and children should see it. Having a child in your life is the only excuse you need to get out there and become a tourist in your own town.

Visit a zoo: This is a tough one, as I don’t like seeing animals living in captivity. But for now, it’s on the list because our son responds so enthusiastically to animals and, being admittedly idealistic here, perhaps a few more entry-fee dollars will mean a better life for these caged-in critters.

Take a Hike: While I’d love to go on a camping and hiking trip, our baby is a tad too young for tent sleeping (read: it would be highly unlikely that any of us would get more than 10 minutes of rest). That said, hiking he loves. Pop him in the carrier and off we go. We need to do this again soon, with a picnic packed.

Day tripping: One of my favorite things to do involves exploring smaller communities outside of the city. Check out the shops, have a bite, and simply wander. Baby adventurers are endlessly curious, so this has got to happen.

Beach day: Here’s the thing: City beaches are, well, city beaches. That said there’s sand, which babies adore, as long as he doesn’t start gulping back the lake water, it’ll be good.

Host a proper backyard BBQ feast: Problem is our yard is currently a reno zone and we don’t own a BBQ. But, we do have a beautiful new table. Oh, but no chairs yet. This one is not looking too promising, is it?

OK, there it is. Of course there are no guarantees that this will all come together before the end of the season, but the simple act of jotting down a plan gives it weight. It means we might actually remember to do some of the stuff, which is probably the point of bucket lists in the first place.

Speaking of which, have you done your summertime bucket list yet? 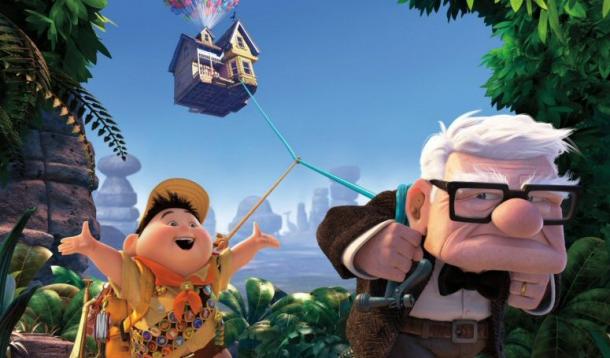 With baby comes the old neighbourhood lady in the faded floral frock.

Sitting on our front porch bench is the only cue this woman needs to climb our stoop and, using a squeaky, high-pitched voice, repeatedly tell our child she loves him.

She also calls out an onslaught of orders (she wants him to shake her hand, wave, smile and clap). That he’s not a circus monkey willing to perform tricks on demand only makes her press harder. “Shake my hand! Here! Here! Shake my hand!’ She says over and over.

We don’t know this woman. In fact, she barely acknowledges us, which makes this all more than just a little strange.

We suspect she’s lonely, that this small interaction makes her day, so we’re patient.

Of course this overzealous, baby-induced behavior is not exclusive to her. Nothing turns presumably sane folks into big piles of goo-goo-ga-ga mush quite like fresh-faced, apple-cheeked babies.

Indeed they can inspire even the grouchiest of adults to start babbling nonsensically like oversized infants.

It’s understandable — getting treated to a little squish’s gummy grin is like being hugged inside and out.

It is somewhat addictive, really. We find them irresistible because they are refreshingly open to the world and fascinated by the people in it.

For instance, our son doesn’t turn steely-faced when someone looks his direction. He doesn’t try to avoid eye contact by sticking his nose in a giant picture book.

Like his very huggable peers, he’s not cynical or greedy and he doesn’t know how to lie. He is naturally warm and kind, and has boundless amounts of unbridled curiosity.

Parents, don’t you just wish you could bottle this innocence, wonderment and untarnished state of being and hold onto it forever?

If only we could keep just some of that spirit alive.

The number of passersby willing to wave, giggle, coo and play peek-a-boo with unfamiliar children is astonishing, but the rate at which they close down the instant they see another grownup is depressing.

For a moment, like the creaky lady who lives up the street, they’ve made a connection. Then, just as quickly, they’ve hardened up, put on a coating of thick, impermeable skin, and set off again.

Certainly I am not suggesting we go around greeting everyone like overexcited puppies (such as the relentlessly chatty Wilderness Explorer named Russell in the adorable 2009 Pixar movie Up), but basic civility wouldn’t be too much to ask for, would it?

We could simply acknowledge one another. Smile. Say hello.

We could learn a lot from these tiny, happy creatures that so easily draw us out of our protective shells.

After all, we were once just like them, smiling, laughing and loving fully. Living vivaciously and unselfconsciously and inquisitively.

And, finally, we were appreciative of the simple things in life, and that truly is no small thing.