Is Your House Filled with Monsters and Ghosts?

HOW TO DEAL WITH terrifying CHILDHOOD FEARS 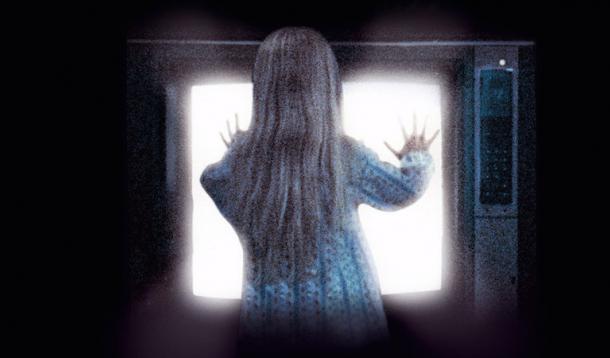 Our home is filled with many frightening things. There are monsters, big and small, and apparently many ghosts. I am not sure exactly when they all got here — maybe they’ve always been here — but suddenly they are everywhere. That is, according to our two-and-a-half year-old son.

Lately the monsters and ghosts have been jolting our little guy awake in the middle of the night. At about 3 a.m. we hear him calling for us.

Are Your Nights A Nightmare?

“I want to go in mommy’s bed,” he pleads, his tiny body shaking and sweaty from fear. I pick him up and bring him to the “big bed,” where he is instantly comforted and drifts back to sleep within minutes. One night he asked my husband where the crying baby in his room went. Yeah, that was kind of freaky.

Our child’s imaginary companions come out during the daytime, too, but they are generally a fun and friendly bunch, unlike their after-dark counterparts who seem a bit hauntingly sinister.

"Right there! It’s a big monster!” he exclaims pointing to the sunny kitchen window where the creature is apparently stationed.

“Go away monster!” he orders. He then pretends he’s Buzz Lightyear and that his arm is equipped with a laser beam, which he uses to fend the monsters off with. He is the cutest space ranger I’ve ever seen.

How To Get Your Toddler To Sleep

I too help shoo the monsters and ghosts away. Sometimes we roar like tigers, other times we tickle them until they leave.

My husband and I get the most basic details: The monster is yellow, red or green, the ghost is big or very small. Sometimes the ghost is friendly, other times it is “not happy.” While I am not convinced we have ghosts or monsters roaming about, when our son tells us he can see something, I believe him. I can only imagine how scary these things look through his innocent eyes. Indeed, this is the creative works of the wildly imaginative toddler mind (at least we hope that it is, as we certainly don’t want to get into the creepy ‘I see dead people’ kind of territory here).

A Google search of this eerie phenomenon pulls up some fascinating pages. Some websites suggest our child may be sensitive to paranormal activity and is actually seeing ghosts. He may even be psychic! Meanwhile, a post on Baby Center advises we buy a bottle and fill it with monster spray to help empower him, which I think is a pretty cool idea for any number of situations, really.

“It will help if your child learns how to cope with his fears and understand that he is not in danger. But that's easier said than done. There is a fine line between reassuring him and reinforcing his fears. It's important not to ignore his fears, but on the other hand you can't comfort him too much because you may inadvertently give him the message that he really does have something to be afraid of.”

For really young children, dealing with these types of situations can be tricky.

A 2011 study in the British Journal of Developmental Psychology titled Monsters, ghosts and witches: Testing the limits of the fantasy—reality distinction in young children, found that "children from the ages of three to five were only able to distinguish real people from fictional ideas, such as monsters and dragons, 40 per cent of the time."

This means we have some time yet before our son can truly grasp the differences between of make-believe and reality.

For now, we’ll continue to do our best to try and reassure and comfort him, and hope that this is just another passing phase.

In the meantime, should you hear us shouting ‘go away monster!’ or see us chasing ghosts away, please don’t be alarmed — They’re not real.

Want to read more by Tanya Enberg? Try these! What To Do When You Need to Talk to Your Mom and She's No Longer There; 10 Signs Motherhood Has Made You Lose Your Mojo and Is Becoming a Mom in Your 20s Better Than Waiting?