Are Car Rides With Your Toddler Unbearable?

GO FROM MISERABLE TO MAGICAL WITH THE HELP OF JOHNNY CASH 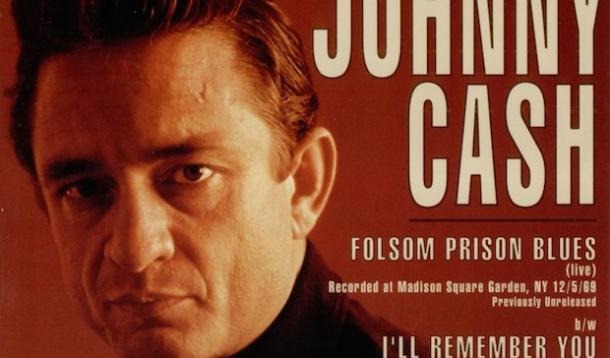 Johnny Cash has saved me on more than one occasion.

The beauty of Johnny Cash is that his music is timeless, as is the infectious, knee-slapping reaction we have to it. His songs continue, posthumously, to lift us up when life kicks us down.

One of my more memorable Johnny Cash moments happened during a road trip through Nashville, Tennessee. This came after a long overdue breakup. I needed to clear my head, hit the reset button, and decompress, and I thought the best way to do this was by stockpiling Johnny Cash CDs, flying to Nashville, renting a car, and hitting the road.

I drove and drove.

I was alone, save for the soothing baritone voice travelling through the speakers. When I arrived at the spectacular Natchez Trace Parkway, I slowed down to soak up the scenery. The beautiful tree-lined roadway and its gentle curves became a metaphor for all I’d been through and all I’d survived.

It was just me and Johnny with the windows down. I let in the air and sun and felt myself returning from a mental fog. The healing power of music and time were working their indisputable magic.

Once again, Johnny Cash has come to the rescue. The iconic musician recently managed to achieve what seemed impossible—his music calmed our crying child during the four-hour drive back to Toronto from Tobermory, where we had rented a cottage.

My husband was driving, so it was my job to try and tame the beast in the back seat.

Nothing was working, not snacks or books or toys or even his beloved bunny.

The dog was whining, our son was screaming, and I’d given up on the idea of a nice peaceful drive and decided it best to instead drown out the chaos with music.

Here’s Johnny . . . I wanted to slur like crazy Jack Torrance (played brilliantly by Jack Nicolson) in The Shining.

I cranked Folsom Prison Blues and you won’t believe what happened next—our son was instantly beaming and giggling and slapping his little hands against his legs along to the beat.

His cheeks turned into big, happy, dimpled apples as he grinned and danced in his seat.

“Again, again!” he chimed excitedly when the song ended, and so we played it again and he continued boogying away.

Then we moved on to other tunes from Johnny Cash’s extensive catalogue. They were all a hit with the kid. At last we have found our ticket to more pleasant car rides—Johnny, Johnny, and more Johnny.

Can’t say I blame the kid.

After all, without the spirit-lifting tunes of the late, great Johnny Cash, I really don’t know where I’d be today.

If you liked this, you might also like "5 Reasons To Leave The Kids Behind On Your Next Trip" and "Is Your Child Spoiled With Too Many Toys?"