Our Baby Reawakened The Halloween Spirit

Ding, Dong The Witch is Dead 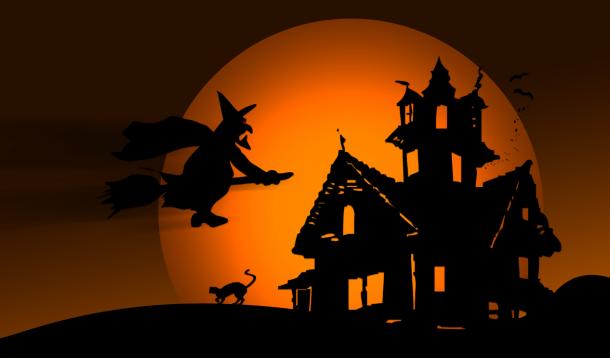 The kid looks so damn cute toddling about in his orange and black striped tiger costume with the plump, padded bum and curled tail that it would be impossible not to have some affection for Halloween.

In fact, our sixteen-month-old son is the only reason I’ve started to give a hoot about Halloween.

Sure, pre-baby there was a time when I enjoyed Halloween, but that was long, long ago.

It came to a halt when I was 13, the indisputable age-limit for dressing up and scoring free candy.

Of course there were Halloween parties for years to come, but it wasn’t the same.

As my friends and I matured, so did the ensembles.

Instead of being scary black cats there was pressure to be seductive felines with thick, come-hither eyelashes.

Instead of sickly pale zombies we were expected to look as though we wouldn’t dare swat a mosquito let alone eat a brain, and rather than bloodthirsty vampires we were encouraged to dress as trampy vamps teetering around in spiked heels and barely-there garb on a night so cold you can see your own damn breath.

Basically we were supposed to look hot.

With the silly and scare factors gone, so was the thrill of Halloween and my ambition to play dress up.

Don’t get me wrong I love looking sexy as much as the next gal but — can I be honest here? — the thing is, playing the role of fetish party reveler one night of the year felt kind of lame.

There. I said it.

Now after years of being a curmudgeonly witch (sans costume, of course), Halloween is back. There has been an exorcism or sorts and the fun has returned, thanks to our son. That’s the power of parenthood for you.

Last year was his first Halloween. He was a bumblebee and instead of turning out our lights and pretending we weren’t home (yes, we were that house), we handed out candy and, like good, festive neighbours do, marveled at the cute costumed kids gracing our doorstep.

This year, we’re celebrating again with our boy the tiger. He has already tried on his costume and gone roaming and roaring around the house (very proud of his stripes, he is).

Ah, to be a child. There is nothing in the world like it.

Once again we’ll hand out sweets to trick-or-treaters and this year we’re even carving pumpkins.

All that being said, this particular cat won’t be dressing up … unless someone out there happens to have a spare witch costume hanging around and then maybe I'll consider it. Happy Halloween everyone!