Is It Wrong To Make Decisions For Our Kids?

Is It Wrong To Make Decisions For Our Kids? 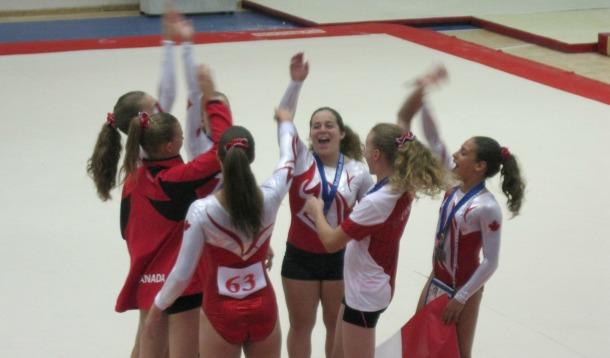 My daughter Lauren is a seventeen-year-old competitive gymnast. When she was in elementary school, I remember one of the moms striking up a conversation with me about the fact that I was allowing my daughter to specialize in one activity. She told me that she was a competitive swimmer when she was a child and thought that her parents made a mistake. She continued to say, that as a mother, she would rather her children do many different activities, have more of a typical childhood, and more free time. Obviously, that conversation stuck with me. I thought, "Was I doing the right thing"?

What started as a once per week recreational program when Lauren was three years old, over the years has evolved into a lifestyle. She currently trains twenty hours per week and coaches as well.

She gave up figure skating, dance, swimming, and finally soccer in order to dedicate her time to preparing for gymnastics competitions.

Lauren has to work VERY hard in order to keep up with her school work. Every other day she goes to the gym straight from school and does not return until 9:00PM.

She has missed many social events and activities, because she had to be at the gym.

She has aches and pains as a result of years of training.

She is often too exhausted by the time Saturday night rolls around to go out. She doesn't have time to hang out at the mall.

The other gymnasts she trains with are great girls, extremely supportive, and disciplined.

Her coaches challenge her and are there for her when she needs a listening ear.

Lauren knows what it is like to WIN and LOSE. She has learned how to face her fears and knows how to deal with competition.

Being judged and performing under extreme pressure has become almost second nature.

She has spent her life literally falling off and having to get right back on.

She has numerous medals and ribbons hang on her wall.

She is extremely muscular and is in incredible shape.

This past summer Lauren represented Canada at The Maccabi Games, the third largest sporting event in the world during 2013. She returned from the games with a bronze medal! Representing our country and winning that medal was her proudest moment.

So, did I make a mistake in letting her become a gymnast?

I don't think so. But, if I'm being honest here, I am worried about what those aches and pains may mean in the future.