Winner Of The Orville Pop And Win PS3 Prize Pack

And The Winner Is...

Winner Of The Orville Pop And Win PS3 Prize Pack 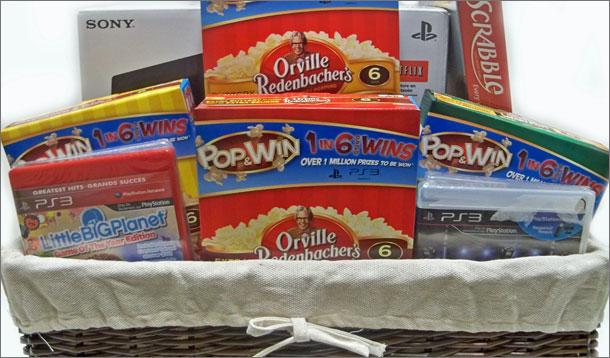 Remember the Orville Pop and Win Contest where we gave away a PS3, 4 family friendly PS3 games, a board game and a selection of yummy Orville products, well , we have our winner!

Marlene Vazquez from Calgary, Alberta was thrilled when she received an email announcing that she won this awesome prize. The first thing Marlene did when the prize arrived was to reserve the upcoming Saturday night to have a PS3 family games night!

Congrats again Marlene on your win and I’m sure you’re family will enjoy this prize for many Saturdays to come.

Spill It In the YMC Book of the Month Club

You could win this month’s fave non-parenting book/s recommended by YMC members.

Spill It In the YMC Book of the Month Club 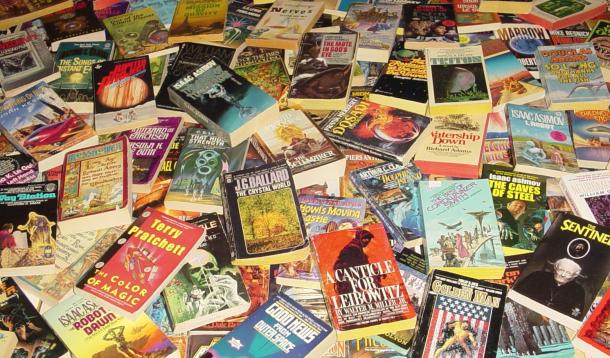 Recently I was inspired to read The Neanderthal Parallax Trilogy by Robert J Sawyer and this is why.

When I was in elementary school I lived up the street from a boy named Robert Sawyer.  Sometimes I would go to his house to play and my sister was his babysitter.  I remember that Robert was a pretty smart kid in school, but at the time, I didn’t realize just how smart he really was. Fast forward 35 years. My sister gets an email from a Robert Sawyer. He tells her that he saw her art work in a show and was ‘inspired’ to contact her.  He asked my sister if she remembered babysitting him and then he asked how I was. She gave Robert my email address and he contacted me.  Well, it turns out that 35 years later Robert Sawyer is an award winning Science Fiction writer.  In fact, he is the only Canadian to EVER win the Hugo, the Nebula and the John W. Campbell Memorial Award for science fiction writing. WOW! I was impressed and just think I used to make rubber insects with him in his bug making oven.  Kind of like the Easy Bake Oven version for boys.

We all get our inspiration for what books to read from many sources.  The YMC’s Book of the Month Club is the place to go where you can enter to win books recommended by other YMC members.

This month we’re giving away George R. R. Martin’s ‘A Song of Ice and Fire’ fantasy series to one lucky member. Four other members will win a copy of the first book in the series ‘Game of Thrones’. All you need to do to be automatically entered for your chance to win YMC’s Book of the Month is click here to go on over to our Book of the Month Contest page and tell us about a favourite NON-PARENTING book you loved.

And if you’re looking for more inspiration on what to read, check our own Bookalicious blogger Wanda Lynne Young for reviews and giveaways of some of the hottest books.

I didn’t know that I loved science fiction so much until I read The Neanderthal Pallalax Trilogy. I can’t wait to read another book by Robert J Sawyer, my childhood friend with the cool insect-making machine from down the street.

What or who inspired you to read a particular book? 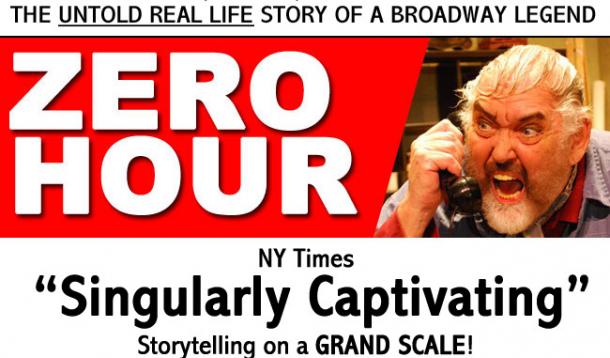 Would you like to enjoy an evening of live theatre that doesn’t involve the whole family? Who wouldn't want a perfect date night or a girls night out?!

ZERO HOUR: The Zero Mostel Play is coming back to Toronto for a limited engagement and we’ve got 3 sets of tickets to give away!

ZERO HOUR is directed by Oscar-nominated actress Piper Laurie and was written by and stars Jim Brochu in the role of the late, great Zero Mostel. Brochu brings the story of Mostel’s life to the stage in what John Coulbourn of The Toronto Sun describes as "...a madcap theatrical portrait of the legendary Zero Mostel that is absolutely delightful and, ultimately, deeply moving." It won numerous awards including the 2010 New York Drama Desk Award, the Los Angeles Ovation for Best Play and the Washington, D.C. Helen Hayes Award for Best Actor.

I recently had the pleasure of chatting with Lia Matthow, who together with her husband Dana Matthow are the current producers of ZERO HOUR.

What are the reasons why you and your husband decided to produce ZERO HOUR and why is this an important story to tell?

We were inspired to get involved with this project because of Jim Brochu's incredible talent for storytelling and because of the wonderful, inspiring, resilience of Zero Mostel.  He survived the Hollywood blacklist, the politics of show business and a crippling accident. And with all of the success he achieved on stage and in film, he considered himself a painter who acted.

This is a return engagement to Toronto. Were you the producers of ZERO HOUR when it originally played in Toronto?

We were not the original producers, but thought there was a broad, Toronto audience for this show, since Toronto is such a sophisticated city. There are a lot of artists and theater fans in the city who would love it and who likely didn't have a chance to see the show when it was here before, because the run was very short.

I see that Jim Brochu not only stars in this one-man show but he also wrote the play. Where does Brochu's passion for Zero Mostel come from?

Brochu knew and loved Mostel and considers this show a tribute to a talented man. "Zero Hour is a tribute to the life of a man who overcame both physical and social obstacles to become one of the most enduring giants in the history of the American Theatre. This show is for you, Zero—with my admiration." —Jim Brochu

ZERO HOUR opens in Toronto at the Bathurst Street Theatre on February 8th and runs through March 11th. Click here to see the schedule and purchase tickets.

If you would like to win a pair of tickets to see what promises to be an amazing theatrical experience, all you need to do is leave a comment below telling us why you want to see ZERO HOUR and you will be automatically entered to win one of three sets of tickets to see the show!

The 2 tickets have a value of $139 and can be used for any performance after our draw on February 21, depending upon availability.

Yummy Rules and Regs: You must be a Yummy Mummy Club member to win. Click to sign up! It's free and filled with perks. One comment per member. Entries accepted until end of day February 20, 2012. Contest open to Canadian residents. Winners will be picked using www.random.org.

This is proudly sponsored by the Presley Theater Company.