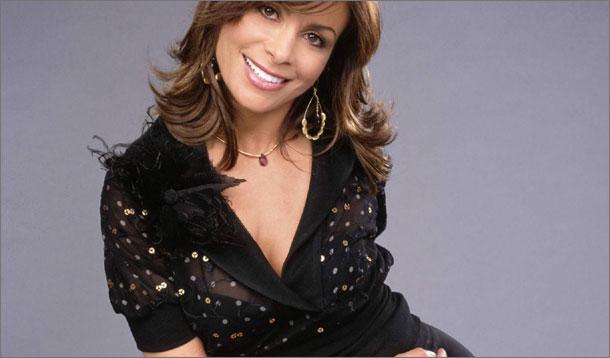 She's Jewish? I didn't know she was Jewish. Not only is Paula Abdul Jewish, but her mother is Canadian!

Accompanied by her rabbi, Rabbi Chaim Mentz of the Chabad of Bel-Air in Los Angeles, California, Paula Abdul made a rare appearance in Toronto recently, in support of the soon-to-be-built synagogue for the Chabad on the Avenue—The Family Shul in Toronto, Ontario. I was lucky enough to be in attendance at this intimate event, where Paula sat across from her rabbi, answered his questions, and spoke openly about her Jewish Soul and her life as a celebrity. 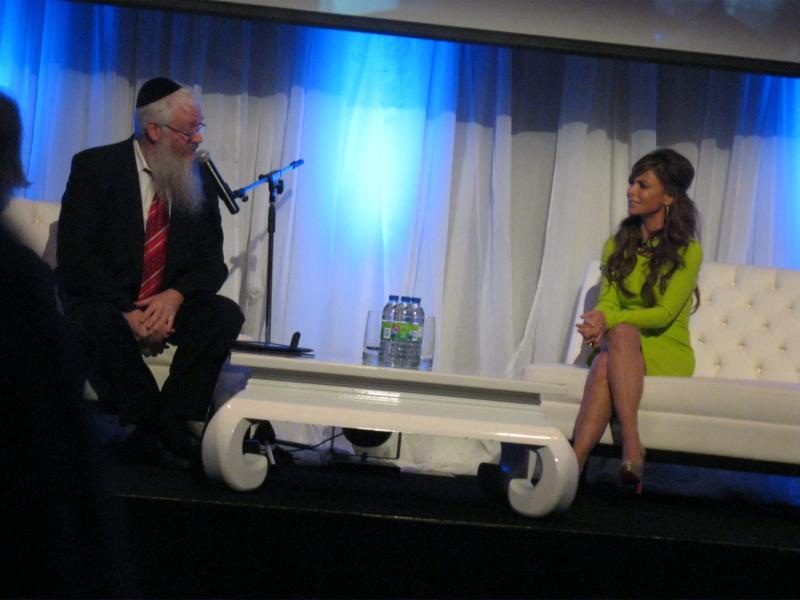 I was sitting in the audience, not more that thirty feet away from Paula! This Emmy and Grammy Award-winning artist is tiny, soft spoken, has lots of hair, and was wearing Christian Louboutin red-soled high heels! Sounds kind of like me, except for the French designer shoes, of course. While she spoke and told stories, I smiled, laughed, and often found myself getting all ferklempt (Yiddish for choked up).

You never know who is going to touch your soul. Paula touched mine.

Show Your Gratitude To Others

Paula told the story of how watching Gene Kelly, in Singing In the Rain, at age four, was the moment she decided to make dancing her life. She was sitting with her parents, and as she watched Gene Kelly dance, she went up to the TV, kissed it, and said, "This is my father!" To which her dad said, "No, I'm your father, but he can be your TV dad." Fast forward twenty-odd years. Paula decides to show her gratitude to Gene Kelly for being her inspiration, by creating the Grammy Award-winning music video, "Opposites Attract." In this video, Paula dances with the animated cat, SKAT KAT, just as Gene Kelly danced with Jerry—the animated mouse from the Tom and Jerry cartoon series—in the 1945 film, Anchors Aweigh. Paula became friends with the aging Gene Kelly as a result of making this video. And me?  Well, this story made me cry, because gratitude was the theme of my eulogy for my mother who just passed away recently. So, I know very well what she meant by showing your gratitude to those who played a role—big or small—in who we are today.

Paula Is A Great Role Model

As I listened to Paula speak about her life, I realized that Paula Abdul is a great role model. I wanted to jump out of my seat, run to Paula, and beg her to spend just one day with my sixteen-year-old daughter, Lauren, so that she could share her wisdom and experiences. At one point, Paula said, "'No' is just the beginning of negotiation." I thought that my daughter should hear this. When Paula described how tough she is and how she never let her height stop her—or anything else for that matter—I thought that my not-so-tall daughter needs to hear this, too. *Enter me getting all ferklempt again.* How I wished that Lauren was sitting next to me listening to Paula tell her story of how she became an L.A. Laker Cheerleader. Did you know that Paula tried out three times in one day by using three names and three different outfits? Talk about not taking no for an answer! She was cut twice, and finally on her third audition she made the team. It was this strong belief in herself that helped launch Paula's career as one of  the most sought-after choreographers. At age nineteen, in just three short weeks of being on the team, Paula became the Cheerleading Captain and choreographed a new dance style of cheerleading that led to job offers to choreograph music videos for the biggest artists of the time. My daughter needs a little help from Paula to show her that a little, athletic girl can make history.

Paula's rabbi described her as a good soul, and this is the way Paula saw herself while on American Idol. Paula talked about how on her first day on the American Idol set, she thought of quitting several times, as she didn't know if she could be someone whose job it was to criticize others. She also spoke of her relationship with Simon Cowell, and that in a short time she learned they were the Yin and Yang of judges. Without Simon's brutally honest feedback and Paula's much kinder and encouraging style, neither approach would have had as much impact. Paula grew to understand why she was supposed to be there, and for those of us who watched her for eight years, we saw Paula always stand her ground and was never afraid to be the nice girl. While discussing her time on American Idol, Paula shared that people have often asked her why she was so kind, as if there was something wrong with it.

Have A Mentor In Your Life

Paula described her relationship with her rabbi as life-changing. He brought her closer to her religion, gave her a place where she always feels welcome, and is the person in Paula's life who she speaks to regarding all of her ups and downs. She told us that she even brought Rabbi Mentz to the American Idol set once, and found Simon to be much nicer that day. Paula depends on her rabbi to help guide her through her incredible—and sometimes very challenging—life.

Do you have a mentor in your life? I have my husband and a few close girlfriends who I can talk to, but I don't have a true "mentor." Maybe it's about time I found one.

Paula, you are an inspiration, and I thank you for sharing!

Susie Moshenberg: The Prize Queen Share Your Story of Kindness and Win!