Can We Raise a Generation of Girls Without Fear?

Is gender equality under attack? 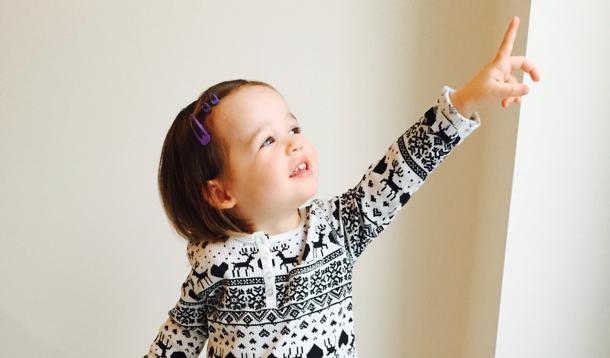 In recent weeks, I have seen several women who I respect and consider role models express fear and exasperation at the things they are seeing in our society. From the Ghomeshi revelations to Rehtaeh Parsons, and from Gamergate to Dalhousie University, it seems as though we are reversing much of the progress that our society has fought so hard to achieve on gender equality.

#YesAllMen Should Care About #YesAllWomen

Here’s the thing though, our society is safer and more gender equitable than at any time in our history.

This isn’t just my opinion, this is fact. As difficult as these revelations are to stomach, it’s important to realize that crime in Canada, indeed in most industrialized nations, is at historic lows. This is seen most dramatically in the drop in violent crimes, including sexual assault. Of course we know that most sexual assaults go unreported, a troubling fact, but it’s unlikely that less women come forward in 2015 than in 1972. The stigma is strong, but nothing compared to what it used to be. We absolutely need to find a way to make more women feel safe telling their story (however lowering the legal burden of proof isn’t one of them), but today’s atmosphere is clearly more welcoming than ever before.

So what is causing this surge in misogynist behaviour? Clearly our always-connected lifestyles are part of the blame. Idiots with a keyboard now have an outlet for their hate and can publish it to the world. Where before they might have just been that asshole at work who made rude comments, now they are the asshole on the Internet who can harass thousands of women at once. The marvels of efficiency. The always-on nature of how we get our news is also a factor. Whereas previously we may have received news once or twice a day, now it bombards us constantly through social media. This means that news outlets always have to have something to say, they dig deeper for these stories, they seek out the tales that have the most shock appeal. This is not necessarily meant as a criticism of media. Their job is supremely important and we benefit tremendously from the increased spotlight they put on monsters of all types. But the price of that spotlight is the perception that women are under attack, suffering a massive setback in gender equality. I just don’t see it.

What I see is outrage and action where there once might have been a “boys will be boys” attitude. The difference today is that these acts are no longer swept under the rug, no longer tolerated, and no longer kept quiet to preserve the status quo. Woman are getting pissed off and men are joining the fight to root out these assholes and expose their ignorance. If there's an attack going on, we're the ones on the offensive, not the misogynists.

I see a number of strong female leaders who stand up, speak out, and take action. Whereas a few decades ago women in leadership positions might have felt the need to stay quiet so as not to jeopardize their standing in a male-dominated world, now they feel empowered to use their positions as platforms for change. Odds are the next U.S. President will be a woman.

I see men of all backgrounds who stand up and call out other men on their behaviour. Who support their female friends and family in their struggles, and who raise their daughters to believe that no avenues are closed to them because of their gender.

I don’t say this to downplay the legitimate discussions and concerns being voiced by women, their actions are helping make the world safer for my girls. Rather, I feel that as our society takes these important steps, we must keep in perspective how far we have come. The last thing we need is a society of fear and paranoia, where danger is around every corner.

The extreme misogyny and intolerance we are seeing is simply the death throes of an old way of thinking lashing out with the power of social media. Such views and discussions used to be confined to locker rooms and private conversations, but now these bullies are exposing themselves. This is a good thing. It is better that these discussions happen in public, where they can be countered, than hidden behind closed doors. Intolerance doesn’t like the light of publicity. Much like other struggles against hate and intolerance, once they hit the streets, once they become a topic of public discussion, they are well on their way to being marginalized. Great societal change is often accompanied by a heated public debate, that's the sign that the insidious nature of intolerance is being exposed.

I am in no way trying to downplay the severity of the crimes we are seeing in the news, or the real world experiences many women. Nor do I doubt that many women face adversity on a daily basis in a society that still hasn’t fully committed to equality. However, as a father, what I know in my bones is that the society my girls are growing up in is orders of magnitude better than the one I experienced. And it gets better every day.

Every night before we put the girls to bed, we go to a window in the hall outside their rooms and look for the moon. I talk to them about the moon, and tell them they will go there someday. I have my youngest convinced she will be an “axetronaut” (her word, which I assume means some kind of terraforming specialist). I prefer to inspire hope and wonder in my girls. There is real struggle going on in the world today, but let’s not let fear control how we raise our girls.