We're Doomed If We Don't Learn From Our Past 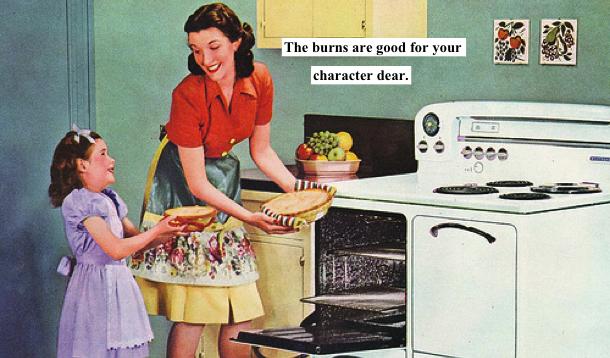 One of the things I like the most about sports is how it so truly reflects our society. For all those people who think sports is a lowbrow, opiate of the masses, I say you’re missing out on a lot of depth.

Of course this connection between sports and society cuts both ways, as has been abundantly clear in the NFL lately. The Michael Sam story is an ongoing saga of how homosexuality is becoming accepted by society, a bellwether of a time when such questions will no longer even be questions. The flip side is seen in the recent domestic abuse controversies plaguing the league. If you’re not familiar with the Ray Rice and Adrian Peterson situations the short version is that one savagely beat his wife, the other his child, but the worst part of the story is actually the way the situations have been handled by the NFL.

The NFL has a major image problem. In trying to appeal to its fans, who enjoy the smash-mouth nature of the sport and tend to fall on the conservative side of the spectrum, the NFL is missing a major societal shift in attitudes towards gender, sexuality, and violence. I often feel kinda sorry for those deeply entrenched in the sport because I understand how being so fully immersed in that culture since childhood must impact your world view. I’m not in any way defending anyone’s actions, but we all know that violence breeds violence, which is why the Rice and Peterson situations are appalling but not necessarily surprising. That's why I was so pleased to see this awesome clip of former NFL wide receiver Cris Carter so openly, and passionately, take a stand against family violence and the culture that breeds it.

That kind of stand takes guts, not just because he’s speaking to the macho culture of the NFL, but because he’s completely upending the entire “momma knows best” culture that is so engrained in many parts of our society. The idea that our mothers are these infallible creatures that can do no wrong has led many future parents astray. As parents, we naturally lean on what our parents did as a model of how we should raise our kids, but what if the world has changed? What if we know better now? The idea that we should learn from our past, and change our ways to suit the times often flies in the face of traditionalism which convinces us that the old ways were best. We don't cut switches to beat our kids with anymore. We don't use our belts for anything other than holding our pants up. Rulers are strictly for measuring things.

The thing is, the old days were not always better. In fact, in almost every measurable way today’s world is immensely better than it was when we were kids. Crime is at historic lows, life expectancy is at all-time highs, education levels are soaring, and global poverty is receding, yet despite all this we are constantly bombarded with the idea that the old ways were better.

Yes we may have gotten spanked, beaten with a stick or worse when we were kids, and yes, we (mostly) turned out OK, but does that mean we should repeat the cycle? Full disclosure, I don’t have any personal experience with beatings, but my mother did hang a wooden spoon on the wall in the kitchen and regularly made us aware of its presence. Though we knew she was bluffing, it was a reminder that the idea of physical punishment as a deterrent was something that she probably grew up with as well.

Just because your grandpa walked 20 miles to school uphill, both ways, with no boots, in the snow doesn’t mean we should shun proper winter footwear.

And that’s the problem with romanticizing the past, we don’t learn from it. We assume that just because we lived through it and survived, that our kids should be able to do the same. I vividly remember having a discussion with my wife before the birth of our first child about how we would handle discipline. I made it clear that I believed in physical discipline in extreme cases to correct behaviour. I was pro-spanking. Of course when the day came to actually enforce this belief, I found out quickly just how wrong I was. The first, and only, time I spanked by eldest daughter I felt horrible, like I had just betrayed a trust. I didn’t spank her hard, it was nothing that she would remember, but the look on her face afterwards was one of disbelief. It crushed me.

From that day forward, I learned that being a blind traditionalist doesn’t do anyone any favours. Some behaviours are better left in the past, even if our mothers, fathers and grandparents, with love and the best of intentions, practiced them with diligence. Our parents also smoked on airplanes, wore polyester and let us sit in the back of the station wagon, not exactly the kinds of things that would be associated with good judgment in 2014.

The point isn’t to criticize past generations, it to acknowledge that 30 years from now our kids will probably shake their heads at the shit we did to them, amazed that we were so blind as to not see the inherent dangers. That’s what progress is all about, learning from our mistakes. If we don’t then we might as well pack up shop as a species because we’re doomed.

Spencer Callaghan: Fight for your Right to Potty Junk Science Erodes Trust and Why that Should Piss You Off

Spencer Callaghan: Fight for your Right to Potty Why Mobile Devices Help Us Tune In, Not Out