Do any famous dads inspire you? 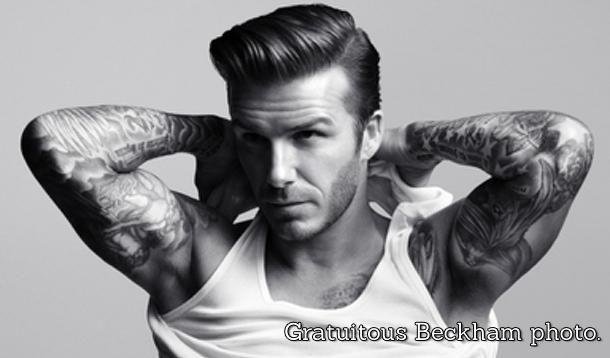 I like to think I’m a pretty good dad. I could always improve, but overall I’m pretty sure I’m not scarring my kids for life (yet). That said, I always like to try to do more. I’ve never been a big celebrity watcher, but I’ve always found it interesting to see how certain high profile people handle the day-to-day of fatherhood. Not that I have anything other than a superficial look at their life, but I still like to try to take whatever lessons I can from other dads (non famous ones too) to try to broaden my perspective on what fatherhood is all about. In that light, here’s a list of four fathers that I look up to in some way and what inspires me about them.

Aside from the ability to put a click-magnet picture of David Beckham in my post, one thing I’ve always been conscious of is the difficult balancing act of being both a dad and an individual. You hear about it a lot in pop culture: dad jeans, dad haircuts and bad ties. Dads are a stereotype, and I’ve always had issues with being put in a box. Some call it superficial, some think it’s vain, but no matter what your style, I’ve always admired dads who can be different. Beckham has a high profile celebrity marriage that has lasted nearly 15 years and produced four children, not sure too many would have put money on that. Yet he does it all while maintaining the same unique and ever-changing style that made him famous (other than his soccer ability of course). I see dads who are different all the time at the coffee shop, grocery store or park and it makes me happy. I hate the punchline dads that are often depicted in the media, you know, the tired, clueless slob who manages to muddle his way through life. There are a set of common principles in being a dad, and there are a myriad of ways to get the job done, but no one says you can't do it with style and personality. 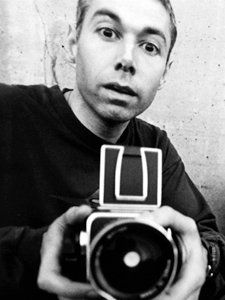 Right up front I’m going to admit I’m a massive Beastie Boys fan. Some may immediately have visions of the band’s frat boy high jinx from the early 80s, but the reality is much more complex. The Beastie Boys evolved out of their early 80s persona to become one of the most creative, and feminist, bands of the last 25 years. Without getting into the musical and artistic history of the Beastie Boys, the thing that has always stood out for me about Adam Yauch, was his ability to evolve while maintaining his integrity and sense of fun. He evolved from wild boy celebrity, to devoted husband to loving father to his daughter Losel while never losing his creative ambition, infectious sense of fun and core values as a person. Having already made millions as a musician, he started his own independent movie studio and even began producing and directing films of his own. He did it all while vigorously defending his private life and family from publicity. No matter what age Yauch was, or what stage of life he was in, he always found a new way to be comfortably cool. Yauch was always the driving creative force behind the band, which made his untimely death from Cancer in 2010 all the more devastating. I miss him every day. 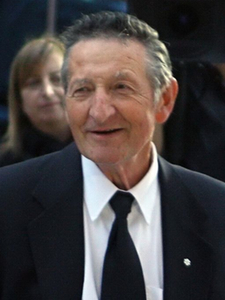 One of the things parent obsess over is how to spot genius in our kids and nurture it to help them reach their potential. We often hear stories about overzealous parents who yell and scream at hockey games, attack officials or berate their kids in the pursuit of a dream they themselves could never attain. Yet the dad of the greatest hockey player to ever lace up skates is one of the most mild mannered people you could ever meet. Walter Gretzky is known as Canada’s hockey dad for how he mentored his famous son to greatness, but his teaching style owes more to Einstein than it does to Patton. The famous phrase “go to where the puck is going, not where it has been” has been adopted by thinkers as influential as Steve Jobs, but its origin was Walter Gretzky, who recognized that to be successful, you didn’t need to be the biggest or the fastest, but the smartest. My girls are too young for me to bring out my inner Wally yet, but when the time comes, I know what kind of teacher I want to be. 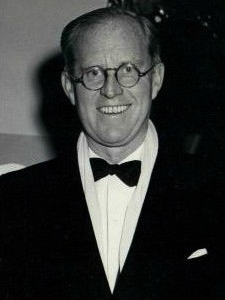 I’ll start by saying that not everything about Joe Kennedy, or the Kennedy clan in general, is positive. However, as a political junkie, and Irish descendant, I’ve always been a big JFK fan. I’ve read a lot about JFK, and one thing that always stood out to me was how his father, Joe, managed his family. Joe grew up in an age when Catholics were only a half-step above people of colour in the food chain of America, yet he became a self-made multi-millionaire and built one of the most successful and influential political families in the U.S. Joe made protecting and promoting his family his highest priority, and through his influence, his kids included two U.S. senators, the founder of the Special Olympics, a World War II Navy hero and, of course, the first-ever Catholic President of the United States. Joe epitomized the phrase “family first” and was relentless in his desire to provide a better future for his kids.

The thing I’ve learned most about being a dad is that there isn’t one right way to do it. I’m sure all my famous dads have flaws, some that may be unknown to the public, but they all have something important to teach me about what being a father is all about. As Father’s Day approaches, I am going to try to pull more lessons from dads, famous and otherwise, that I come across every day.

Spencer Callaghan: Fight for your Right to Potty How To Stop Tech From Destroying Your Children

Spencer Callaghan: Fight for your Right to Potty How Spock Reflected the Best of Humanity