You Can Never Prepare Yourself 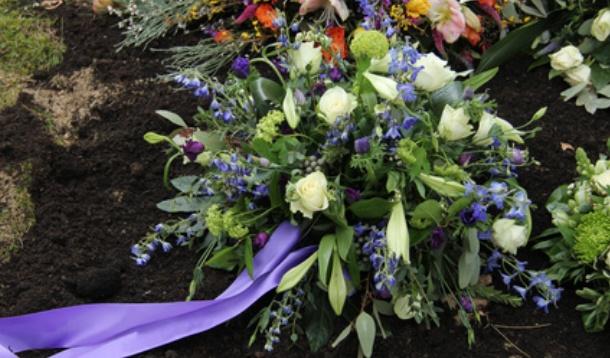 You Can Never Prepare Yourself
We talk about preparing ourselves when someone we love is terminally ill or maybe it’s that our parents are simply getting older. "It’s the cycle of life.” we tell ourselves.  It’s meant to be.”  The simple truth is nothing can prepare you for the death of a loved one. Nothing.  It is shocking and harsh. The emotions come crashing in on you and you can never prepare yourself to get slammed by the waves again and again and again. You drown in the emotion, sputtering and flailing, waiting to wake up from the nightmare your life has become. You never do.

Funerals are Similar To Weddings
There’s a receiving line, food and music.  Invitations are sent, mostly through phone calls. Making those calls is, I imagine, very similar to Harakiri performed by samurai. Only instead of disembowelment, you’re taking out your own heart each time someone answers the phone and you’re forced to say the words–again. But you’ll get through it, because you are stronger than you feel.

People Will Say Stupid Things But Always Remember They Are Said In Love
My mom was working for a religious organization when she died.  There were plenty of references to God when people came to express their condolences. I have my own belief system so I wasn’t prepared for the anger I felt when people would tell me that “God had plans” or “she was needed in heaven”.  I wanted to scream, "Screw God, I NEED HER!!! "  But I didn’t.  Instead I hugged them thanked them for coming.  Because their very presence was comforting.

Death Is Awkward
People say these things because death is awkward.  It leaves us feeling vulnerable and questioning our own mortality, especially when it’s sudden and unexpected. Nobody knows the proper thing to say, so they say what gives them comfort. And that’s okay. When someone passes away, we all need comfort.

Death Will Bring Out The Best In People
Susan was my best friend from the time I was eight until I was twelve, we lived across the street from each other and spent every waking moment together.  Non-waking moments too since the sleepovers were frequent.  And sometimes when the kids become friends, as do the parents.  This was the case with Susan’s mom and mine. There were Christmas parties, chats on the front lawn, barbecues and hanging out in their pool, the moms going off and doing their thing, Susan and I doing ours.  Susan and I eventually drifted apart and then her family moved and we all lost touch.  I remember standing in the “receiving” line as people came to give their condolences.  I looked up and there she was, my childhood best friend, along with her mother. They had read the obituary in the paper and didn’t hesitate.  Wrapping my arms around Susan and sitting down with her and her mother, recalling stories of my mom…. there are no words for my appreciation and love.  That goodness carries you through.

Then There Are The Assholes
But give them some grace.  Because death is awkward and people don’t always know how to respond, they become frozen and so they do and say nothing.  It may take you years to realize this – it did for me.  So give them grace because there may come a day when you become frozen too.

Never Judge Someone’s Emotions
When someone you love dies, the grief is unbearable. The tears are neverending, the pain in your heart almost unendurable and there’s a sickness in your stomach that never goes away. But it’s impossible to maintain this level of grief for long periods of time and your body needs a break, a release.  My sister and I made sure we played the music my mom loved most during the viewings and service.  During one of the viewings, a song came on that was completely inappropriate, both of us had forgotten it was on the CD.  We looked at each other as the tears started streaming down our faces. But this time it was because we were trying to hold in our laughter. Neither of us did and in the midst of the sadness and silence, our laughing was uncontrollable, loud, and boisterous, almost bordering on manic. People stopped and stared.  That made us laugh harder. I can’t imagine the conversations that took place afterward but I don't care. While I can’t speak for my sister, that moment of release saved me and gave me the strength to continue on. Never judge someone's emotions no matter how inappropriate they may seem.

Along With Sadness, You’ll Feel Rage
I remember walking through the mall to buy the CDs of my mom’s favorite songs.  It was the day after I found out, I hadn’t slept and it was all too much.  In the middle of the mall, with people going about their daily routines, I broke down and collapsed on the tile floor. As I sat sobbing with my husband trying to get me to my feet I remember looking around and becoming enraged.  How could these people be going on with their lives when MY mother was dead?  What the hell was going on?  Why hadn’t the world stopped?  How dare they walk around like nothing had happened when my mother had died. The rage overtook me. I was angry at the world and everyone in it.  It continued to happen and it was always sudden and overwhelming.  Time helped.

Time Does Help
People sometimes ask me if it gets any easier, especially if they've recently lost a loved one.  Although I can’t say it’s easier, it becomes better. I think living without your loved one becomes the new norm. Now I can think of my mom with a smile on my face instead of tears in my eyes.  Talking about her helps.  When I share stories about my mom with my children, it keeps her alive.  So I talk about her a lot—to keep her memory fresh and so she can live on in their memories as well.  Because the day I stop talking, that’s the day she really dies.

They're Your Parents But They're People Too

Take The Time To Get To Know The Person Behind The Parent. There are still times when the sadness overtakes me.  It’s never the big holidays like Christmas or Mother’s Day—because those days are busy, jam-packed with gifts, celebrations and meals, with nary a moment to breathe, let alone think.

It’s the little moments.  Like when my son took his first steps and I went to pick up the phone and call her, only she wasn’t there.  Or when my second son was born and I was completely beyond myself because she had at least known I was pregnant with my first son, but she didn’t know this wonderful grandchild she was missing out on.  I miss her when I see the kids do something and wonder if I ever did that as a child. Or when I’m having a frustrating parenting day, and realize I never got to talk to her about what it was like for her.  Did she get frustrated?  Did she talk with her friends about her doubts?  Did she give up anything when she became a mother?

Because she was more than my mom, she was a person who had hopes and dreams. But I had only ever viewed her as my Mother. As a child it's difficult to look beyond that. I never looked at the person she was beneath and not getting to know the woman behind my mother is my greatest regret. Because I was young and so was she, and I thought I had all the time in the world with her.

That, more than anything else, is what I wish I had known.