These Are A Few Of My Favourite Things 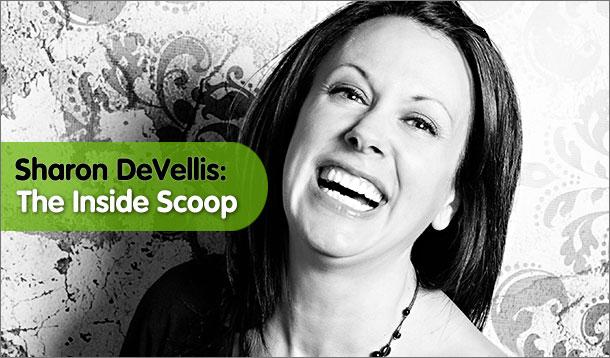 I was at Walmart shopping for boring stuff like milk and toilet paper so I decided to detour on over to the cosmetic section which is when I came across these.

They're nail polish strips with different patterns.  I just about peed myself when I saw them *claps hands excitedly*.  Why yes, I AM a cosmetic marketer's dream client.

I wasn't sure how they'd work (or if they would) so I kept my purchase to a minimum and  bought Skinny Jeans and Check It Out.  And look!  Check it out - denim nails!

It took me about 40 minutes to apply them.  On the package it says they last 10 days - I had them on for 15.  They actually wore better than regular nail polish which typically chips off my nails in a couple of days.  Probably because, you know, I'm doing stuff like cleaning toilets and opening canned drinks, though not at the same time.

They were $8.95 and I'm gonna have the BEST NAILS this summer.

Then yesterday I was out shopping with the boys and look what I came across.

Look, we all mostly grew up in the 70's and 80's here.  Remember mood rings?  Who doesn't love this shit.  I found it at Claires, the accessory shop for teens, tweens and 41 year old mothers who still think they're 13.  I haven't tried it yet but I'm so excited to have my toes shout to the world Hey, look at me - I'm all confident today or show my inner zen when my peaceful side makes an appearance.  It's like my toes can speak.  And that's way better than the voices in my head I've started talking back to.

They have mood changing lip gloss too.  I didn't buy any because I thought that might be going a bit far.  Also, I had run out of money.

And lastly, I'm going to let you in on a little secret I wasn't going to want to share because sometimes I get all selfish like that but then the guilt got the best of me so..... ya.  I'm totally going to ruin it for myself but I know you'll appreciate it.

I absolutely LOVE the Ontario Science Centre and so do my kids.  But sometimes it gets a bit busy and then I turn into psycho mom because my kids tend to run off even though I tell them about a kajillion times to PLEASE STICK TOGETHER.

But then two years ago, I discovered the perfect time to visit the OSC and I'm going to share it with you today.

You need to go to the science centre the Monday after March Break.  BUT, and this is the important part, if you and your kidlings only get one week for the spring break vacay, DON'T go on the Monday after yours ends. You see, there are schools who get two weeks and their parents will still be bringing them. You need to wait until this second week has passed and then go the Monday after that.

When I took the kids this past year (and for the record, I was given a one-year gold membership which, holy hannah banana - discounted parking and free IMAX movies totally rocks the kazbah ), there were only five other kids in the KidSpark area.  FIVE!  Which means they played around for as long as the liked and I was able to keep an eye on both of them even when they went in separate directions.

We also take the boys out of school to visit Canada's Wonderland at least once each June.

Maybe I'll see you there?  I'll be the one with the talking toes.

Note: I did get a free membership for the Ontario Science Centre but the nail strips and polish were all stuff I bought for myself because I lack impulse control and love pretty nails.

Sharon DeVellis: Inside Scoop This Alarm Clock Will Wake You Up With an Orgasm