They're Out To Get Me 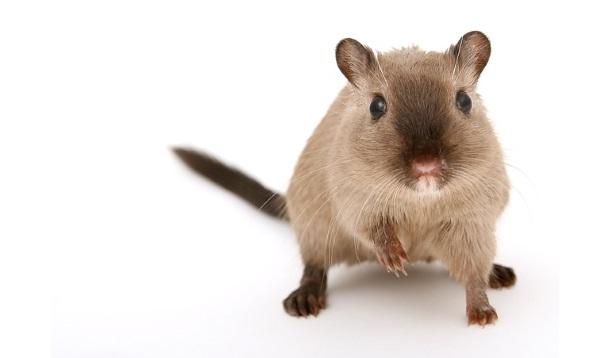 Night one with Hammy wasn’t so bad.  In fact, I think it was so much excitement leaving the pet shop and getting a new cage and being stared at by a ravenous cat with murder in his eyes, he was just plum exhausted and pretty much slept the whole night.

Enter Cinnamon, or as I like to call him “I’m Pretty Sure You’re Satan.”

Cinnamon, shall we say, is a bit... INSANE. Like COMPLETELY MENTAL. And I'm pretty sure he’s plotting my death.

Night one with I’m Pretty Sure You’re Satan was a wee bit different than with Hammy, who also decided to up his game - by morning I had re-named Hammy to “What The Hell Was I Thinking.”

During the evening, we had I’m Pretty Sure You’re Satan and What The Hell Was I Thinking out in the living room in their cages where the slept, woke up a bit, ate, snooped around the cage and slept again.  Then 8:30 rolled around or in our house what is now referred to as Let The Games Begin.

It was at this point where I’m Pretty Sure You’re Satan started running on his hamster wheel and kept running for the next 3 ½ hours straight.  At first I was feeling a bit of kinship with Satan because god only knows I understand what it’s like to run and run and run on a treadmill and still have the same fat ass. But then at about hour two, I’m all that’s enough with the running, Forrest and I open the cage to take the wheel out. That is when Satan went into a defensive stance and tried to attack me.

His eyes were glowing.

Hand removed, I was all, "you wanna be one of those marathon runners who dies crossing the finish line Forrest, be my guest. Say hi to your dad when you’re burning in hell."

But the fact remained I still needed to remove the Noiseous Wheelous the next night, otherwise Son No. 1 would turn into a zombie from lack of sleep. I waited until Satan was sleeping and was gently removing said squeaky wheel when, lo and behold, Satan wakes up and goes right into attack mode.  The thing is, he only does it to me – for Son No. 1 he’s all calm and gentle but I get near the cage - Cujo.

Later on that night I went in to re-tuck the boys before I went to bed.  I kissed, I tucked and then walked over the cage, knelt down and looked inside.  There was Satan staring back at me with accusing, glaring eyes, pissed off that his wheel was gone.  I glared back waiting for him to back down, only he didn’t.  After five minutes I gave up.

As I walked away, I heard him scamper over to his food bowl, stuffing his face to celebrate his win and possibly looking for a pen to write down his plans to kill me.

The thing is I could probably live with the hating and evilness and plotting and glowing red eyes and nocturnalism, but what really kills me?  What's set me over the edge?

He lives in a better house than I do.

You may have won the battle Satan, but you haven’t won the war.

RELATED: Choosing a New Pet for the Family

Sharon DeVellis: Inside Scoop Teaching Kids Stranger Safety Is Not Limited To Strangers