Teaching Kids Stranger Safety Is Not Limited To Strangers

It's Not Limited To Strangers 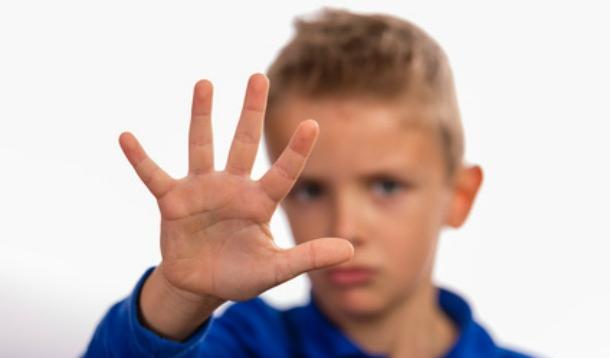 One of a parent's biggest jobs is learning how to protect our children without enveloping them in a cloak of fear. We want our kids to be street smart but not afraid that every stranger they meet is a potential danger.

Unfortunately, there are situations where it isn't a stranger who can cause harm. In fact, random abductions are very rare and, in most cases, when a child is harmed or abducted it is typically done by someone he or she knows.

When my son was four I was standing with him in a long line at Chapters, and he was getting antsy and impatient. The mother in line ahead of us, also with a child in tow, dug into her purse, pulled out a candy, gave one to her daughter turned to my son and, trying to make the slowly deteriorating line situation better, said “Would you like one too?”

Before I could so much as blink my eyes, he had grabbed it.

I half-jokingly said to her “So much for my talks about taking candy from strangers.”  She felt terrible when she realized what she had done, but I was grateful.  It was an eye-opening moment that showed me what I was doing and saying wasn’t working.

A few weeks later, while shopping, I came across a video called The Safe Side: Stranger Safety.

The video is the creation of John Walsh and Julie Clark (the creator of Baby Einstein video series). Most people know John Walsh from America's Most Wanted but what they don't know is he is also the founder of the Adam Walsh Resource Centre, which eventually merged with the National Centre for Missing and Exploited Children. He founded the centre because, in 1981, his six-year-old son Adam was abducted from a Sears store and murdered.

I didn’t know any of this when I bought it. What I did know was what I was doing clearly wasn’t working and I needed a new approach.

What's unique about this video is that it teaches kids about "Safe Side Adults," "Sorta Knows" and "Don't Knows"

Safe Side Adults are the five adults you designate as the only people (besides yourselves) who can pick up your kids. These can be relatives, friends or neighbours but they are someone who you have deemed as “safe” for your child.  In a family meeting, you teach your children who they are and that they are never to go with anyone unless they are one of the Safe Side Adults.  Not for any reason.  Ever.

Which brings us to “Sorta Knows”

"Sorta Knows" are the people you or your kids interact with and recognize (a Cub Scout leader, the neighbour who you give a "hello, great weather we're having" as you pass by on the street) or who you see on a daily basis (a teacher from school, karate instructor, older brother's friend) or maybe only a yearly basis (Uncle Frank who comes to the annual family bbq). These are all people your children recognize and may be familiar with but don't really "know."

It’s important to teach your kids about "Sorta Knows” because their familiarity can make them seem safe.  One example that’s used in the video is this:

Seven-year-old Johnny is at home with his dad.  Every week for the past year his dad has invited friends over to watch the football game.  None of these friends is on the "Safe Side Adult"  list so to Johnny, they're "Sorta Knows."  Dad is in the living room watching the game with the friends and Johnny is in the kitchen.  One of the "Sorta Knows" goes in the kitchen and starts chatting with Johnny and mentions he has some hot wheels in his car—would Johnny like to come with him to the car to get them.

Johnny is in the safety of his home, his dad is right around the corner, the friend who has been watching football games at his house for a year wants Johnny to go to the car out front to grab a hot wheels car. It seems safe, right? And don’t get me wrong, in most cases it is.

But if Johnny is taught about “Sorta Knows” and that he always needs to ask before going anywhere with them—even if they seem very familiar—it eliminates grey situations.

With all that we read in the papers and see on the news, it’s easy to feel overwhelmed, wanting nothing more than to keep our children in a protective bubble for the rest of their lives.  While we don’t want to instill fear into our children, it’s our job as parents to teach them how to avoid unsafe situations and if they do find themselves in a worst-case scenario, what to do—through teaching, talking, role play and practicing—until it’s second nature.

The idea is that kids should not be evaluating people or situations but applying simple safety rules in all cases in order to stay safe.