You’re Not Alone: Even Drew Barrymore’s Kids Have Epic Meltdowns

So just go with it 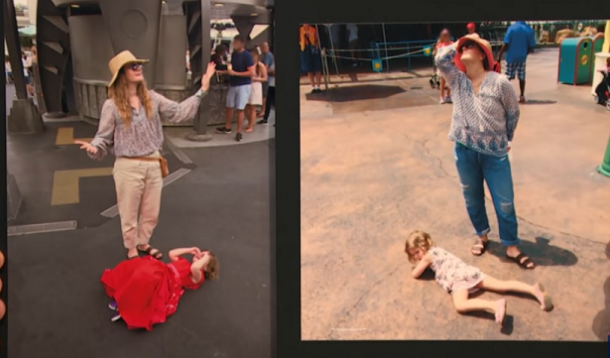 When my boys were seven and three I came up with the bright idea to sign us up for a 5k run through our local zoo.

In my head the scenario played out something like this:

My older son and I would run 5k through the zoo while my husband and younger son waited to cheer us on as we crossed the finish line and then we would all spend a lovely day at the zoo creating memories that would last a lifetime.

On one point I was correct. We created memories that day but none of the warm fuzzy stuff I thought I’d be creating.

Because the race was at 8:00 am we had to get up at 6:00 am in order to get there for the start. We grabbed a quick breakfast but by the time my son and I finished the race at about 9:30 am, all of us were starving and we had a long trek to go get food. Enter meltdown No. 1.

By mid-afternoon the day had gotten extremely hot and there was very little shade. We were all done and it’s no exaggeration that we each had at least one meltdown that day.

I remember at one point one of my boys was in the midst of an epic meltdown in the middle of the gift shop and I wanted a hole to open up in the floor and swallow me, well, whole. It felt like all eyes were upon us and that everyone else’s kids were behaving as if they were having tea with the queen while our entire family should have been in a cage as part of the exhibits.

That’s the way it feels when you’re having a crappy parenting day, doesn’t it? Like everyone else has their sh*t together and you’re floundering just trying to keep your head above water.

But the thing is, you’re not alone. We all have days like that – even Drew Barrymore (Side Note: Have you binge-watched Santa Clarita Diet yet? WHAT ARE YOU WAITING FOR!). I’ve always adored Drew but this interview with Seth Meyers makes me love her even more because, Guess What? Her kids have meltdowns too and she isn't afraid to say it out loud. As she so deftly puts it, “If you've ever taken your kid to Disneyland or Disney World, it all ends at some point in mayhem,"

So if you’re ever at Disney, or a zoo run, or simply at the grocery store and your kid is having an epic meltdown, now you know you’re not alone.

RELATED: Why Drew Barrymore Puts Her Kids Ahead of Everything Else