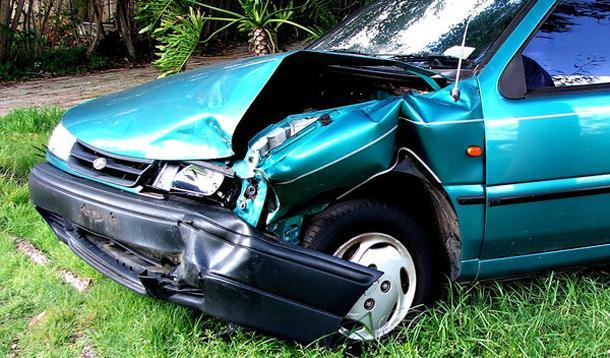 Nobody expects to get in a car accident. I know I certainly didn’t when we left the house on a sunny Sunday afternoon to go to my mother-in-law’s house to celebrate Mother’s Day.  But less than a kilometer away it happened.

There was a “C” shaped curve in the road but instead of turning with the curve, the driver coming at us in the opposite direction kept going straight. He hit the meridian, flew into the air straight into us. There was no time for any of us to react. One second we were on our way to dinner, the next our van was facing the wrong way on a residential street across from a park, air bags deployed, shattered glass everywhere because the back windows had imploded. I turned around to see my older son's face covered in blood.

The driver who hit us? He was drunk.

It happens faster than you think.

We all walked away with minor injuries – my husband and I with neck and back injuries and our older son with a swollen, bleeding lip. The policeman told us that this wouldn’t have been the case 15 or 20 years ago. The fact is, my kids were saved from serious injury because they were strapped in properly.

Shelly Martin’s daughter wasn’t as lucky. Her 6 year-old daughter Samantha was coming back from a fair with her dad when they crashed into a tree.

Samantha was supposed to have been in a booster seat but her parents thought she had outgrown it. And Samantha herself made a mistake. She put the shoulder belt behind her which meant she only had a lap belt restraining her when the crash occurred.

The force of the impact caused the lap belt to almost cut her in two. (You can read the full story here).

I know parents who have moved their kids out of a booster seat because their kids were complaining, or like Shelly Martin, they thought their child had outgrown it.

Every year I read comments online from parents who don’t want to take off their child’s bulky winter jacket before strapping them into car seats because it’s inconvenient.

On a weekly basis I see kids in the front passenger seat who are clearly too small to be there.

Samantha is now out of the hospital and healing at home and her mom wants everyone to know how important it is to always ensure your kids are secured properly in a vehicle.

Because nobody ever expects to get into an accident and it happens faster than you think.