Get Off Your Ass And Get Out There 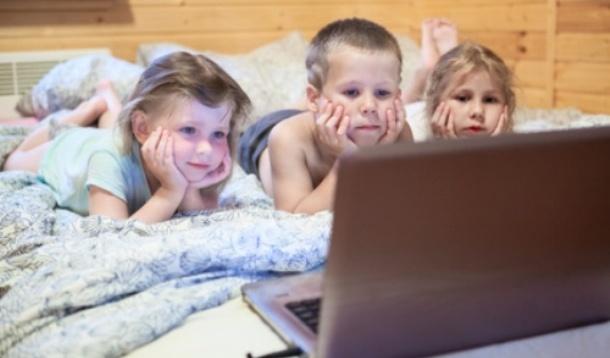 There is an infamous story in our house about an epic meltdown by my youngest son because I made him walk home from school in a snow storm. In all fairness, it was an unusually bad storm with the snow two-feet deep by the time school ended for the day. And to be fair, the snow was more like ice pellet shots to the face than gentle flakes. Plus, he was little –in Senior Kindergarten at the time – which made it hard to walk in all his snow gear; sort of like a miniature Stay Puft Marshmallow Man, minus the smiling face but with all the anger and destruction.

After he threw himself down on the ground for the third time, and refused to get up, I grabbed him by one arm and got him home by half dragging/half walking him through snowbanks as he screamed “I hate you!”

The arm dragging scream-a-thon took place in front of my other son and the two boys I took care of after-school twice a week who were also trying to get through snow banks while enduring an ice pellet exfoliation.

They looked on at the snowstorm-meltdown in wide-eyed disbelief as I reassured them everything was A-okay. With a grimacing smile I also let them know I would make hot chocolate and marshmallows as soon as we got home and also pleasedonttellyourmotheraboutthis.

Note: If you have kids or are going to have kids, you need to develop a thick skin because there will be times when they embarrass the crap out of you and there is absolutely nothing you can do about it. When my younger son was 18 months old I was carrying him on my hip at the grocery store and in the middle of the produce section he pulled down both my shirt and bra in one fell swoop. Fellow produce purchasers saw more than honeydew melons that day.

Unless one of my boys is sick, I make them walk to school every day no matter the weather. In their 11 and 8 year school careers, I can count the times I’ve driven them to school on one hand. The school is only a few blocks away and in a phrase I swore I would never say when I became a parent - but clearly lied because there is a reason we all say this stuff - I tell them “When I was a kid I walked to and from school every single day, four times a day–one kilometer there, one kilometre back home for lunch, one kilometre back from lunch, and one kilometre home again.”

In Winnipeg.
In winter.
Wearing high tops and a lumber jacket while carrying my Adidas bag.
But no hat because I didn’t want to wreck my feathered hair held in place with 3/4 of a can of Aquanet.

The point is, walking to and from school was just a part of my life back then, as was riding my bike with friends, running around the neighbourhood playing hide and seek, or spending hours at the park. Scheduled activities simply weren't a big part of my childhood.

I love that my boys take part in sports and activities but I also think being active shouldn’t be relegated to paid activities a few times a week.

Sitting still is killing us. If you sit for 11 or more hours a day (which many of us are) even three times a week at the gym won’t save you. When all the activity our kids get on a day-to-day basis is because it’s paid for and scheduled or incorporated into the school day, it’s sending the wrong message. Being active should be a part of our everyday lives and I feel like we’re missing out on it more and more.

How many of us are guilty of this? We sit on our commute to work, we work at a job where we sit all day, then we sit again on the commute home, and finally we crash on the couch in front of the television and/or computer after dinner and all of our kids' activities are done.

I’ll be the first to raise my hand.  My commute is a slipper shuffle from my bedroom to my kitchen and my day is spent McCauley Culkin it in front of my computer. After a full day of working, making meals, shuttling the kids to and from activities (and sitting and waiting while they're there), and doing all the other shit we parents have to do, I’m exhausted. Just like you.

I work out almost every single day but the "Pooch Purse: Just Add A Zipper and Go!" known as the ten pounds I've gained in my lower belly over the past year has made it clear it’s not enough.

It’s why our family no longer has tech or television Monday to Thursday and I will randomly kick them out of the house with the orders to “go play” and “don’t come back in until dinner.” Or when I’m on a phone call of any kind, I now use that time to also dust my house or simply walk around while I talk. Contrary to the popular belief that I do it to irritate them, it’s also the reason why when we do drive somewhere I always park in the back of the parking lot so we'll walk more.

It’s most definitely the reason I make them walk to school no matter what the weather and how I got my ass kicked in a 300m race with my boys.

Listen, I'm just going to end this with the bad news none of us wants to hear. It's up to us to set the example so our kids won’t grow up thinking an hour at the gym or 30 minutes of running are the only way to stay active because our lives have become increasingly sedentary and those 30 minutes, three times a week just aren't cutting it. So, suck it up buttercups. We all need to start moving more. And if it's a big shift in lifestyle for your family, no, your kids probably aren't going to be happy when you implement it. In fact, grab the rubber gloves and bleach because there will most likely be shit hitting fans all over the place.

But just think of the huge favour you're doing them.  It's a lesson they'll carry with them throughout life. Plus they're going to have the most awesome stories to tell their kids about how they had to walk home from school during the great ice pellet storm of 2008.

How do you ensure your kids are staying active? Do you make your kids walk to school?

Category:
Health - Fitness
Tags:
being active with your kids
sitting still is killing us
why sitting is bad for your health
Sharon DeVellis