Will You Make One Promise That Could Save Many Lives?

It Takes Only A Few Seconds To Ruin Your Life 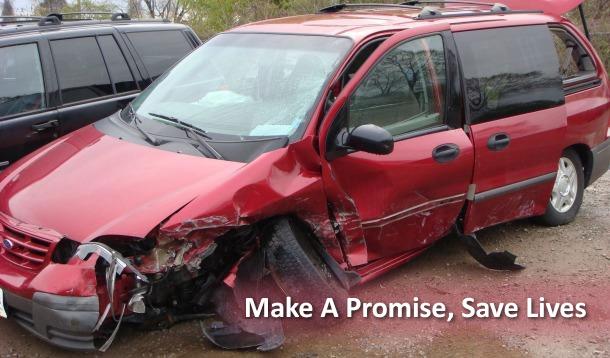 A few days ago my husband took my son to the skateboard park. When they got home, my youngest said to me, “When dad and I were coming back from the skate park some guy was texting and driving and almost ran into us.”

Driver distraction is a factor in about 4 million motor vehicle crashes in North America each year.

Driver distraction is not just texting. It’s also things like trying to find your favourite song on the radio, eating, talking on the phone, and even putting on makeup (seriously, people do that?). We are a world of multi-taskers who think we can do it all while we’re driving–sometimes at speeds in excess of 100km/hour. 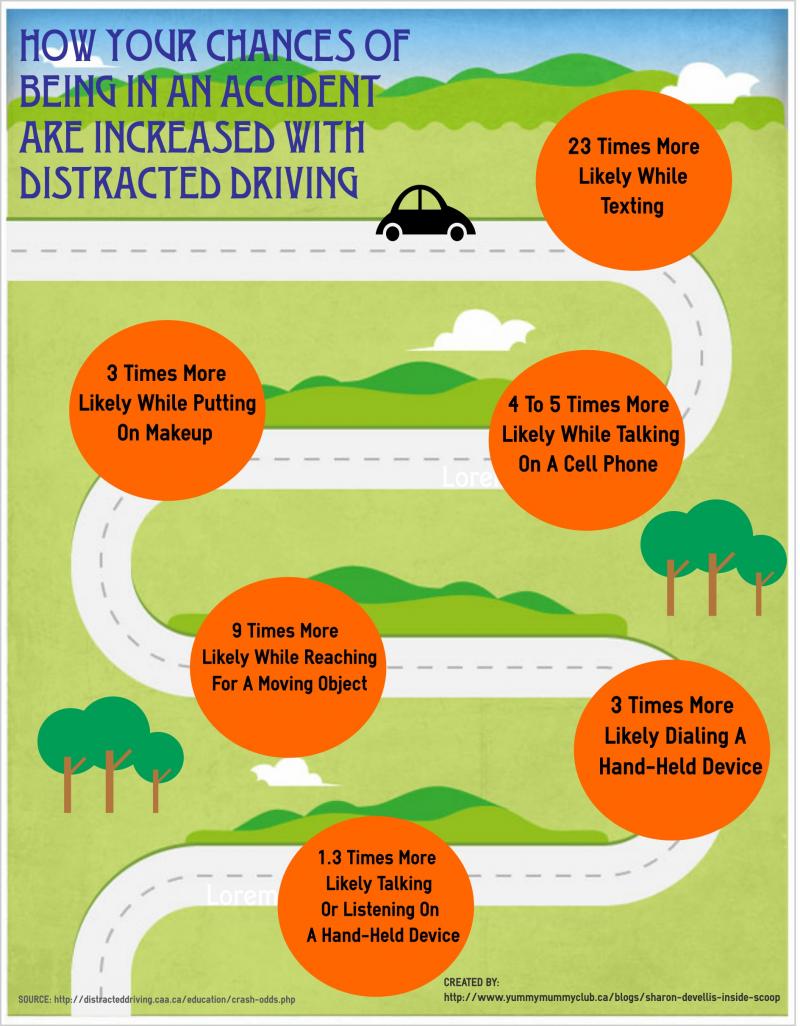 Click on the image to view a larger version

It only takes a few seconds for an accident to happen but those few seconds can change lives forever. I know this from personal experience.

In May 2008 my family and I were on our way to my in-law’s house to celebrate Mother’s Day. We never made it because at about 4:00pm less than a kilometer from our house we were hit head-on by a drunk driver.

There was a “C” shaped curve in the road but instead of turning with the curve, the driver kept going straight. He hit the meridian, flew into the air straight into us. One second we were on our way to dinner, the next our van was facing the wrong direction on a residential street across from a park, air bags deployed, shattered glass everywhere because the back windows imploded. I turned around to see my older son's face covered in blood.

That's when parenting survival instinct kicked in. All we knew was that we needed to get our boys.

My husband and I were injured (but not 'catastrophically' as the insurance agency so delicately puts it). My husband had abrasions on his face from the air bag, and I had a broken pinkie finger. I was the lone person who saw the car coming directly at us and had put my hand up to my mouth as I gasped when the collision occurred and the air bag deployed—snap went my pinkie.

Both of us were left with back and neck problems. It took months of physical therapy to fix the physical injuries.

But the mental and emotional ones? Those take longer.

Did you know there are police officers who carry stuffed bears with them while they are on duty to give to kids who are in car accidents? It’s to help calm the child down, especially if he needs to be cut out of a vehicle.

My older son wouldn’t walk to school without that bear because it was the only way he felt safe.

For more than a year after the accident when he went to bed he needed to be given ‘drunk driver magic’ in order to go to sleep. He was worried a drunk driver would crash through his wall while he was sleeping.

His bedroom is on the second floor.

His fear of drunk drivers also had a ripple effect into other areas of his life and we had to pull him from swimming lessons until he felt safe again.

And me? My youngest was two at the time of the accident. I was unable to pick him up for months. I also ended up with a case of PTSD. Although I forced myself to drive and not let the fear overcome me, to this day, six years later, I still have a hard time driving on two lane roads.

Because now I know in a split second how things can change. The collision we were in happened so fast, there wasn't time for my husband to even attempt to swerve away from the car coming at us.

The person who hit us was drunk but sadly, distracted driving now causes more accidents than drunk driving.

CAA South Central Ontario and other traffic safety partners have come together to launch a six week long education and awareness campaign about distracted driving.

They are urging all drivers to make a promise to focus on the road. 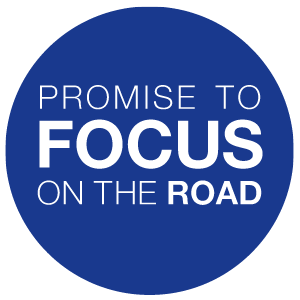 I’m asking you, from the bottom of my heart to go here and make that promise.

But don’t just make the promise.

In only a few seconds you can ruin your life, your family’s lives, and the lives of strangers. There is no text, no song, no lipstick, no conversation that is more important than your life.

Lives depend on it.

This is proudly sponsored by our friends at the Canadian Automobile Association of South Central Ontario.
www.caasco.com