How my Birth Plan went out the Window 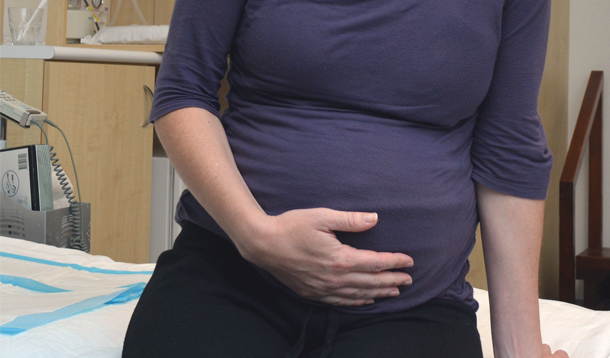 I do not share this story very often, because I feel it’s a little scary for those thinking about having kids or about to give birth. Please know this is NOT the norm. I was (somehow) not traumatized by this and went on to have two more children despite what happened during the birth of my first.

And yes, I would do it all over again if I had to. But please don’t make me.

It all began on a beautiful sunny day in August. I was pregnant and expecting my first child to be born, that day in fact. It was my due date. My pregnancy was amazing, with no complications. I felt great. But, like many moms, I was ready to have this baby. I wanted to meet the little person who had been kicking me for months now. Plus, I desperately wanted to know if I was having a little boy or a little girl. We had waited so long… it was time! 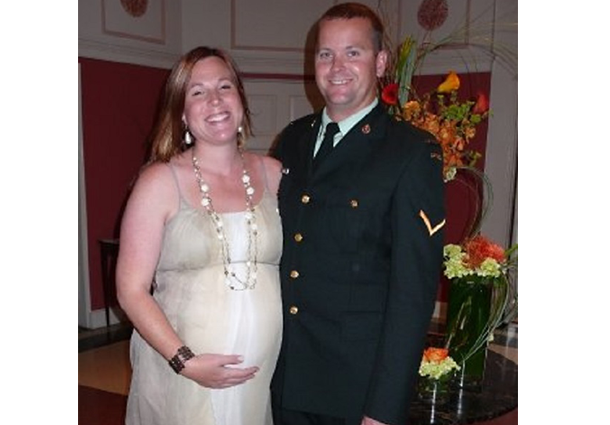 My doctor had decided to induce me. My baby was big, and although I’m not a petite woman, he felt this was best. So, being my first pregnancy, I went along.

I had a birthing plan. But if you’re already a mom, you know those pretty much go out the window as soon as labour begins. I had lofty ideas, but a vaginal birth was the main plan I wanted to stick to.

In the middle of the night (isn’t it ALWAYS?) I started to get some very intense lower back pain. My husband sat beside me with a stopwatch, waiting for the contractions - the ups and downs of pain - but there were none. It was just constant, crazy intense pain. So we jumped in the car and headed to the hospital.

Once we arrived and they hooked me up to some machines (it was happening!), I was definitely in full-on labour. I began to shake, as if I was finally “allowed” to be in such pain. Epidural, please!

About five days later (okay, it was probably 30 minutes), the anesthesiologist sauntered by and gave me my epidural. Oh, the bliss. We would watch the machine show my contractions as I sipped some tea and read a magazine. But I wasn’t dilating. 2cm? Are you kidding me?

Three attempts to break my water and 24 hours later, the anesthesiologist was called back to RE-DO my epidural (yup-starting from the very beginning) because it had fallen out onto the floor. Sigh.

I was given a choice: Have a caesarian section now or go home, probably wait two weeks and have a c-section anyway because your baby is so big.

Want to guess what I chose?

I had already been in the hospital for over a day. It wasn’t much of a choice. It was my first baby, and I felt like this was the right decision. Plus I really didn’t want to leave without a baby in my arms.

I burst into tears. My entire plan, how I thought everything was going to go, out the window. I felt so unprepared. So vulnerable. And then, scared. I was going into surgery. I didn’t expect this.

My doctors did some tests and concluded that my epidural was a good enough “block” to proceed with the surgery. Once I was all set up in the operating room, my husband came to join me. He saw my arms strapped to the iron cross and my naked body covered in iodine, ready and waiting.

There were so many people in the room! Doctors, nurses, the anesthesiologist, students... it was a zoo. Not exactly how I had pictured things going that day.

It was time to begin. I was excited, nervous, terrified. They put an oxygen mask on my face. I felt like I couldn’t breathe. And then I felt something else.

Hold on. Aren’t I supposed to be numb?

I looked at my husband, eyes wide with fear. I could barely utter the words: “I feel that.”

His eyes widened. “What?”

“I can feel them cutting me.”

My husband leaped up: “STOP! SHE CAN FEEL THAT!!”

Immediately, they asked: “Do you want local or to be knocked out?”

For some reason, I said local. My husband, a medic in the army, said he had never seen anyone inject that much local anesthesia into one person before.

I’m glad I stayed awake. Because otherwise I would have missed the greatest moment of my life.

I felt an elephant on my chest. And then the cries of my baby.

He was here! All 9 pounds and 13 ounces of him. I could barely see for my tears, but I know he was the most beautiful baby I had ever seen in my life. He was pink and angry and awesome. My husband wrapped him up. Held him. Our baby boy.

Looking back, it was insane! Everything was new and exciting and I wish I went in with more knowledge. But at the same time, knowledge can be a scary thing. I think what saved me was not knowing what was coming next.

My second birth (which was only 14 months later, a scheduled c-section) was terrifying. But with a spinal (VERY DIFFERENT FROM AN EPIDURAL), it was the greatest birth EVER. I could’ve had a million more babies. 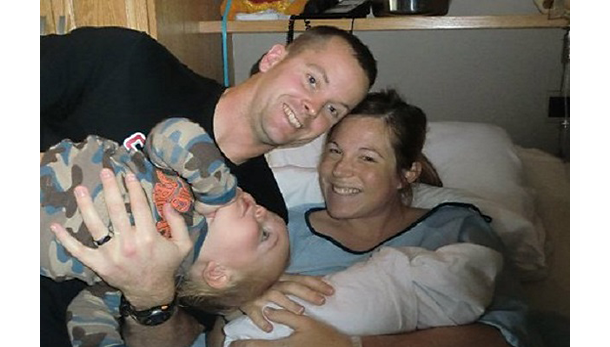 I ended up having one more, 18 months after my second. My recovery…well, let’s just say I have three kids for a reason. I’ll leave that story for another time.