Why Skipping Meals is Bad For You

Are You in Sumo Mode? 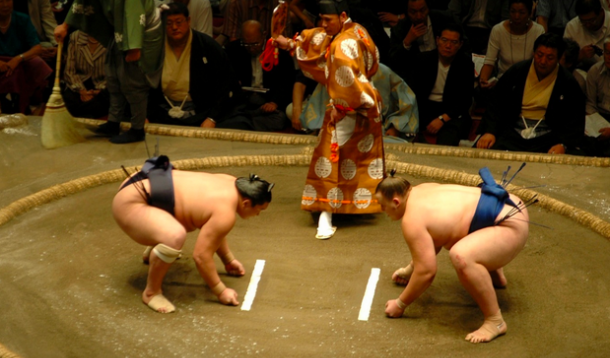 If you consistently struggle with your weight, you may be in what I call "Sumo Mode." While desperately attempting to cut back on calories by skipping meals and leaving long gaps in between eating, you may in fact be mimicking a Sumo Wrestler's diet regime. I'm guessing that becoming a Sumo Wrestler is not on your bucket list...

Typically, competitive Sumo Wrestlers wake up at about 5am and have their first meal at about 11am. And they chow down big time. They then wait until about 6pm to have their next and last meal (again chowing down, of course). Most Sumo Wrestlers consume about 8000 calories per day. That’s 4000 per meal. Sumo Wrestlers are doing this on purpose. They WANT to store as much fat as possible. By leaving huge gaps in between meals, they build a ravenous appetite for their next feast, only to gorge on high calorie foods.

For some reason, women often skimp on food during the day in an attempt to cut back on their total calories, only to over-eat later when intense hunger hits. Often, what I see is that people actually eat MORE calories by the end of the day when they skip meals or snacks, mostly because of mindless afternoon and evening snacking. What I'm saying is that skipping meals, especially breakfast and lunch, is often counter-productive when it comes to losing weight.

Here’s how NOT to eat like a Sumo Wrestler:

Try to eat something (ideally  a balanced breakfast) within 30-60 minutes of waking up. This will kick your metabolism into high gear and prevent overeating later. Skipping breakfast or waiting 2,3 or 4 hours after you wake up to eat, will kick you into…Sumo Mode.

Eat every 3 to 4 hours during the day. If your meals are longer than 4 hours apart, have a healthy snack with some protein and a fruit or veggie. Good examples are raw veggies and hummus or greek yogurt and fruit. Eating every few hours will help to keep your blood sugar stable, keep intense hunger at bay and prevent overeating later.

If this is new to you, it may take a while to get used to eating first thing in the morning. You may not feel hungry. This is because your body isn't used to being fed so early. Start slowly—maybe with a piece of fruit, some yogurt or even a glass of milk or soy milk. Before you know it,  you'll feeling hungry when you wake up—this is a sure sign that your metabolism has has been kicked up a notch.

This is only one piece to the weight-loss puzzle, but it's an important one. By eating breakfast soon after waking and eating every 3-4 hours thereafter, you may start to notice a downward trend in your weight! You may also notice an upward trend in your mood, energy, and ability to function during the day!