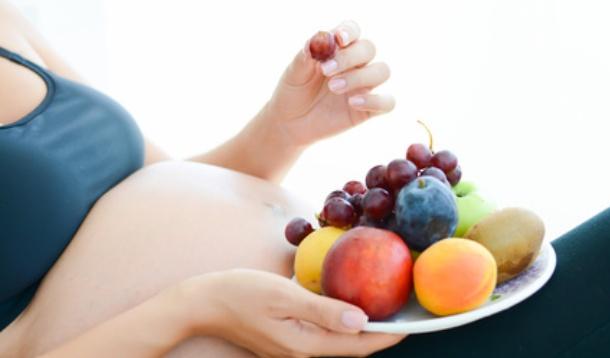 Most women know it's important to take a pre-natal multivitamin supplement before and during pregnancy and when breastfeeding, but what many women don't realize is that what is offered in pre-natal supplements and what can be realistically consumed through diet may not be enough.

There is so much conflicting information out there when it comes to pre-natal nutrition--it can be really confusing!

Here are five common and important questions about pre-natal nutrition, along with trusted answers from a pregnant registered dietitian and Mom:

I take a pre-natal multivitamin, but should I be taking any other nutritional supplements?

It's important to be taking a regulated pre-natal multivitamin with enough folic acid (at least 400 mg), iron (27mg), Calcium and Vitamin D. But there are a few nutrients that aren't present in a large enough doses or aren't present at all in these multivitamins, therefore require additional supplementation. Especially if you're not getting enough of these nutrients in your diet alone. Here they are:

Vitamin D: Most pre-natal multivitamins will contain 200-400 IU's of Vitamin D, however the Dietary Recommended Intake (DRI) of Vitamin D for pregnant and breastfeeding women in Canada is 600 IU per day. Most doctors and dietitians (including myself) recommend that pregnant women supplement with even more than this, especially during winter months in North America. I recommend (and take myself) 1000-2000 international units of Vitamin D per day for most adults, pregnant or not, because it's very difficult to meet your requirements with diet alone. With that said, you can find dietary sources of vitamin D in cow's milk, fortified milk alternatives, eggs yolks, red meat and many kinds of fish.

Vitamin D deficiency in pregnancy can result in several complications such as gestational diabetes, pre-eclampsia, and low birth weight, so this is why it's so important to get enough. Not to mention the fact that Vitamin D deficiency is also associated with elevated risk for cancer, heart disease, Alzheimer's Disease and mental illness.

Omega-3 fatty acid:  Pre-natal multivitamins typically do not include omega-3 fatty acids, but it's important to make sure that you're getting enough prior to and during pregnancy, as your requirements are higher. During pregnancy, omega-3 fatty acids travel through the placenta to your baby to help grow his or her brain and tissues. The best way to ensure you're getting enough, is to consume at least two standard servings (three ounces cooked is a serving) of fatty, low-mercury fish per week such as salmon, canned light tuna, trout, halibut or sardines. If you don't like fish, you should consider taking an omega-3 supplement.  If you are not a fish eater, I recommend taking a regulated (there should be a NPN# somewhere on the bottle) Omega-3 fish oil supplement during pregnancy containing between 500-900 mg of DHA and EPA combined per day.

Additional folic acid: If you're at a higher risk of delivering a baby with neural tube defects such as spina bifida (you've previously delivered a baby with a neural tube defect, or you have a family history of neural tube defects), your doctor may recommend that you take additional folic acid prior to and during pregnancy (more than the 400 mcg that is usually present in pre-natal multivitamins). Some Doctors recommend that you pregnant women take up to 4000 mcg (4 grams) of folic acid per day if high risk. Make sure to speak to your doctor if you have questions about this.

Additional Iron: Iron is important for oxygen transport throughout your body and it also helps to reduce the risk of pre-term birth as well as low birth weight. When you become pregnant, your iron needs triple (think about all of that extra blood that you have circulating in your body). It’s important that you consume foods that are high in Iron everyday while pregnant. Animal sources of iron include all meats, poultry, fish, and eggs. These forms of iron are the best absorbed— this type of Iron is called Heme Iron. Plant sources of iron (non-heme iron) are are not as well absorbed, so it’s important that you pair them with foods that are high in Vitamin C, such as oranges, strawberries, cantaloupe or kiwi fruit, as Vitamin C increases non-heme Iron absorption. It’s hard to obtain this extra iron from diet alone, so what’s recommended is 27 mg per day, which most pre-natal multivitamins contain. If you become anemic during pregnancy (which is not uncommon),  your Doctor, Dietitian or Midwife may recommend an additional Iron supplement. Do not supplement with extra iron unless you are deficient and have been advised to by a trusted health care provider.

Probiotics: Pregnant women are at a higher risk of vaginal yeast infections, bacterial vaginosis as well as pregnancy-related digestive discomforts such as gas, bloating, and constipation during pregnancy due to hormonal fluctuations. All of these discomforts may be related to an imbalance in bacteria. Taking a probiotic supplement is considered completely safe during pregnancy, and although research is limited, may help to reduce the risk of yeast infections, digestive complaints and even boost immunity. I recommend taking a multi-strain probiotic supplement that provides at least 3-4 billion live cells per day. If you have questions or concerns, make sure to talk to your Doctor, midwife or Dietitian.

I've heard that unpasteurized fruit juices aren't safe during pregnancy. Does this mean that I can't make my own juice at home?

The reason unpasteurized juices aren't safe during pregnancy is because it's never guaranteed that fruits/veggies were washed safely prior to juicing, and that the equipment used for juicing was sanitized properly. Unpasteurized juices can carry bacteria or parasites such as salmonella, toxoplasma or E.Coli, all of which can be very harmful during pregnancy. When buying juice from the store, always make sure that it is pasteurized or shelf-stable (check the label) which means that the harmful bacteria have been eliminated.

Washing and then juicing at home should be fine as long as fruits/veggies were washed properly and equipment has been sanitized properly. When it comes to eating fresh fruits and veggies at home (or juicing with them), make sure to:

Is it true that deli meat isn't safe during pregnancy?

Just as it's important to avoid raw or undercooked meats, poultry, fish, shellfish or eggs during pregnancy, it's. also important to avoid deli meats (and meat pates) and smoked seafood unless cooked well (until steaming). When you are pregnant, your immunity to certain food-borne pathogens decreases, so you and your unborn babe are more at risk for food poisoning.

Eating raw, rare, or undercooked meats or poultry can put you at risk for exposure to Toxoplasmosis as well as Salmonella. Deli meats and smoked seafoods have been known to carry Listeria, which can cause a miscarriage. If you choose to eat deli meats, make sure that you reheat them until steaming first. Dried and salted deli meats such as salami and pepperoni are safe during pregnancy.  Smoked seafood that is canned or shelf-stable is usually safe, but refrigerated smoked seafood should be avoided unless reheated until steaming (like in a casserole). Raw or undercooked eggs should be avoided because of the risk of Salmonella poisoning. Watch out for certain Caesar salad dressings, raw cookie dough, custards and Hollandaise sauces made with raw eggs.

I love feta cheese. Can I continue eating it throughout my pregnancy?

Unpasteurized milk and cheeses made from unpasteurized milk should be avoided during pregnancy because they often contain a bacteria, Listeria,  which can cause milk flu-like symptoms in healthy individuals, and can be very dangerous to an unborn fetus.  Listeriosis, the infection caused by the bacteria, can cause miscarriage, premature birth, or severe illness or death of a newborn.

Certain experts and guidelines recommend avoiding soft and semi-soft cheeses such as brie, feta, goat and havarti, whether pasteurized or not, whereas other experts reassure pregnant women that as long as the cheese is made from pasteurized milk, it should be safe to consume during pregnancy. If you want to play it 100% safe, avoid soft cheese all together during pregnancy (including feta and goat). If you can't live without feta cheese (or other soft cheeses), make sure that the cheese that you're consuming is pasteurized (by checking on the label). If you're unsure, avoid it, or check with the seller or manufacturer.

I've heard that I should minimize carbohydrate-rich foods during pregnancy to avoid gestational diabetes and not gain too much weight. Is this true?

It's important to eat a nutrient-rich diet during pregnancy, including lots of vegetables, fruits, protein-rich foods and whole grains. The nutrition that you're consuming not only keeps your body healthy and strong during pregnancy, but also helps to grow a healthy baby! Some women crave more carbohydrate-rich, starchy or sweet foods during pregnancy such as baked goods, white starches such as rice or pasta and sweet treats such as cookies and candy. I can attest to this! Although it's completely fine to indulge now and then in these foods--even once or twice a day--it's also important to fill up on nutrient-dense foods first. Pregnancy is not a license to go crazy on junk food.

Make sure that every meal and contains vegetables and/or fruit as well as protein-rich foods such as meats, low mercury fish, poultry,  dairy, beans, lentils, nuts or seeds.  These foods will give you the most nutrition bang for your buck and help to keep your appetite and blood sugar levels steady throughout the day. Your main meals should also contain whole grains (oats, brown rice, quinoa etc.), although I often suggest not to overdo this food group, so that you have enough room for the others. Consuming high carbohydrate foods in excess or on their own often can spike your blood sugar and insulin levels throughout the day, promoting over-eating, possible excess weight gain (which is associated with a high-weight baby), and possibly increasing your risk of gestational Diabetes. These foods can also easily displace important nutrients found in nutrient-dense foods such as those mentioned above. Indulge mindfully on high carbohydrate/sugar foods during pregnancy (limiting to once or twice a day), being sure to limit portion sizes, especially if you're at an increased risk of gestational diabetes.

If this was helpful, check out my Facebook page, where I post daily nutrition tips for expectant and new moms!

Sarah Remmer: The Non-Diet Dietitian 5 Things You Should Never Say to Your Kids About Food