one sweet and one savoury 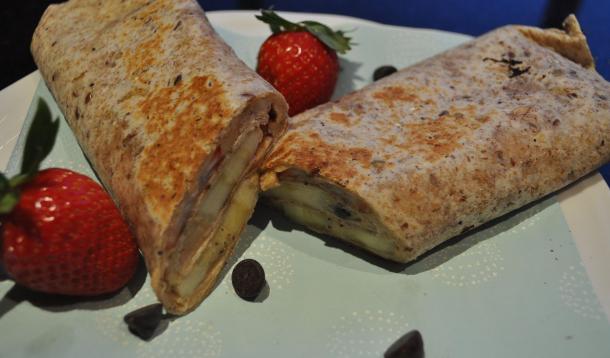 We always have a stack of whole grain tortillas in our freezer because they are so versatile and have saved me from the dreaded last minute "what am I going to make for supper?!" panic more than a few times. Tortillas are great for throwing together a turkey, veggie and cheese wrap at the last minute, or for making easy burritos, thin-crust pizza or healthy quesadillas. I usually turn to tortillas for lunch and dinner meals, but have rarely used them for breakfast, with the exception of my muffin-tin breakfast burrito recipe. My kids love quesadillas, so I thought it would be fun to think outside the box and make "breakfast burritos." I decided to test out a sweet quesadilla made with fruit, peanut butter, and vanilla Greek yogurt, as well as a savory egg, ham and veggie quesadilla. Both quesadillas are nutritious and delicious, containing a nice variety of nutrients. I made sure that both contained enough protein to keep tummies full and lots of vitamins and minerals from fruits and veggies.

Heat oil in a skillet over medium heat on the stove

Add mushrooms and peppers, saute until fragrant and tender. Add ham or bacon if using and saute for about one minute 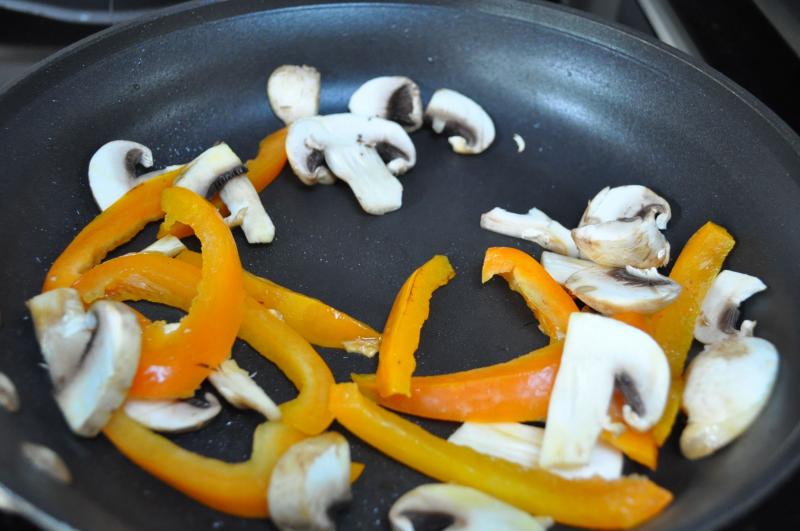 Lightly whisk eggs and milk in a small bowl, add salt and pepper.

Add egg mixture to skillet and cook until scrambled. 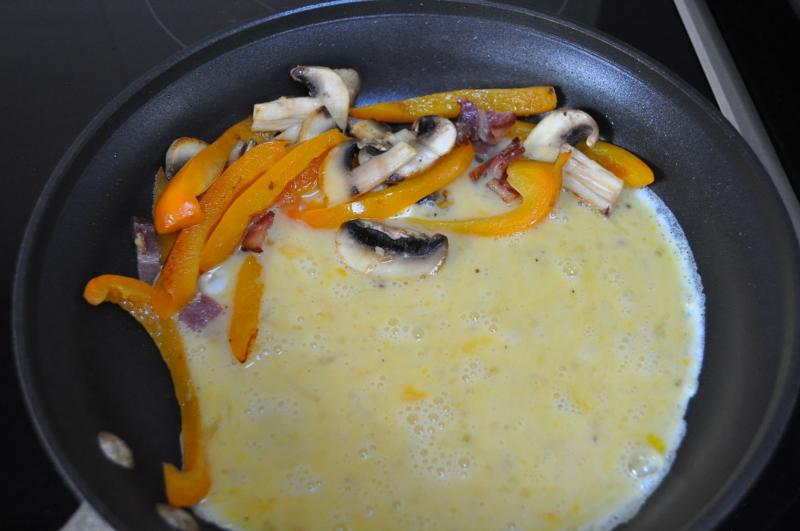 Lay tortillas out on a flat surface, sprinkle 1/4 cup cheese on one half of each quesadilla, then cover with egg/veggie mixture (half of mixture on each tortilla on top of cheese). Sprinkle the rest of the cheese on top of egg mixture on both tortillas. Fold tortillas over to make a half-moon shape and press down lightly. 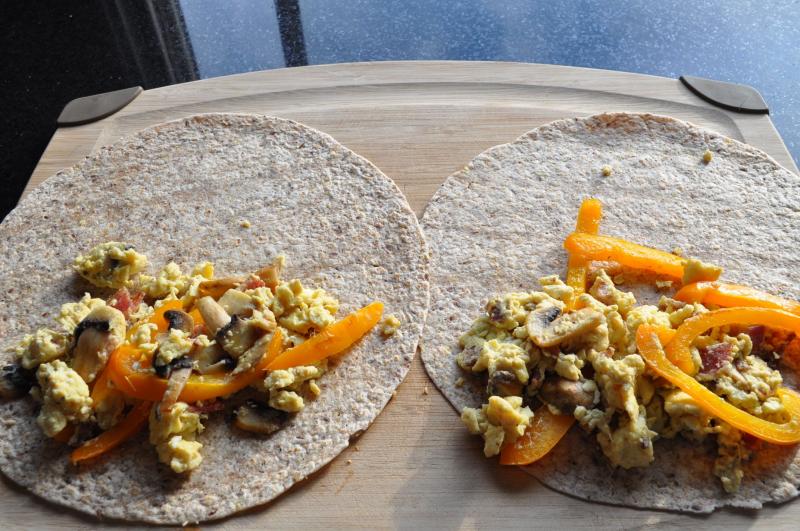 Place the non-stick skillet back on burner at low-medium heat. Place one of the quesadillas in skillet and cook until golden brown. Flip and repeat. Do the same with the second quesadilla. 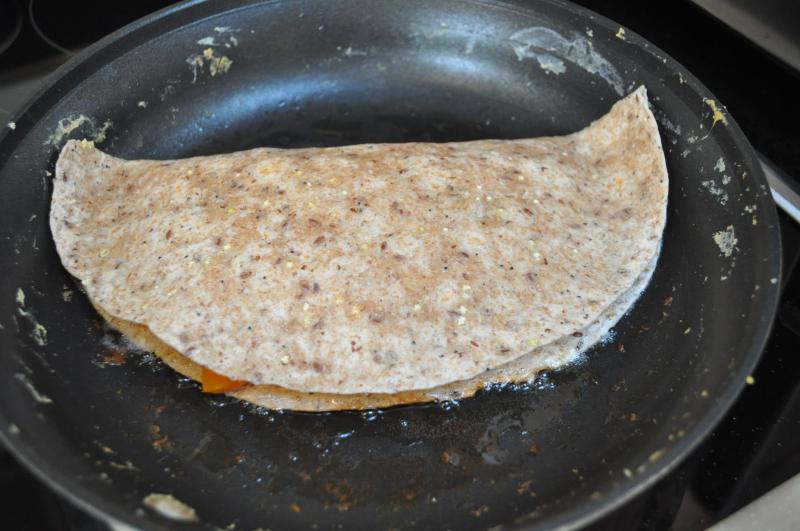 Remove from heat and allow to cool for a few minutes. Cut into triangles and serve with salsa. 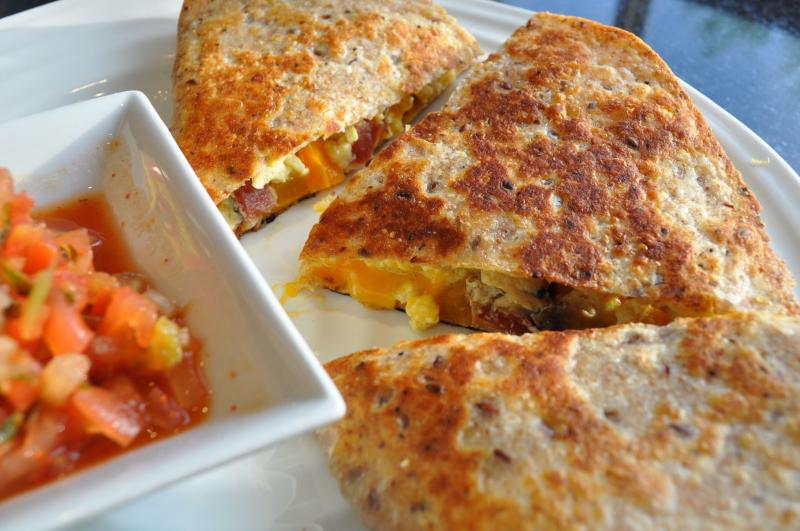 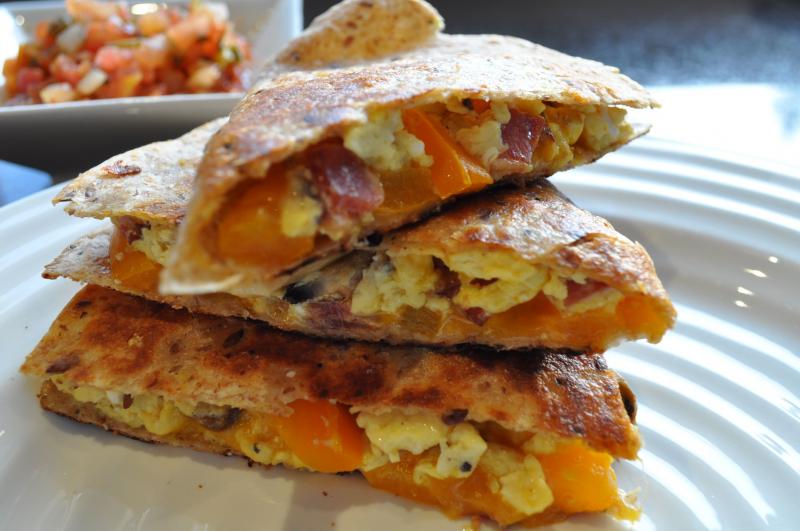 Heat oil in skillet over medium-low heat on stovetop (optional).

In a small bowl, mix together the Greek yogurt and peanut butter. Spread evenly over both tortillas. There may be leftover spread depending on how thick you want the spread (I had leftover). 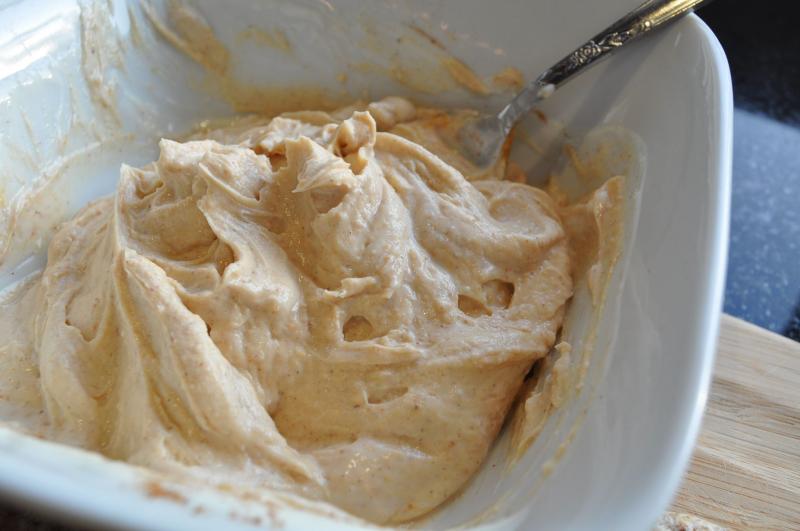 Evenly disperse banana slices and strawberries on top of peanut butter/Greek yogurt spread (don't over-crowd). Sprinkle with cinnamon and then drizzle with honey or sprinkle with chocolate chips. 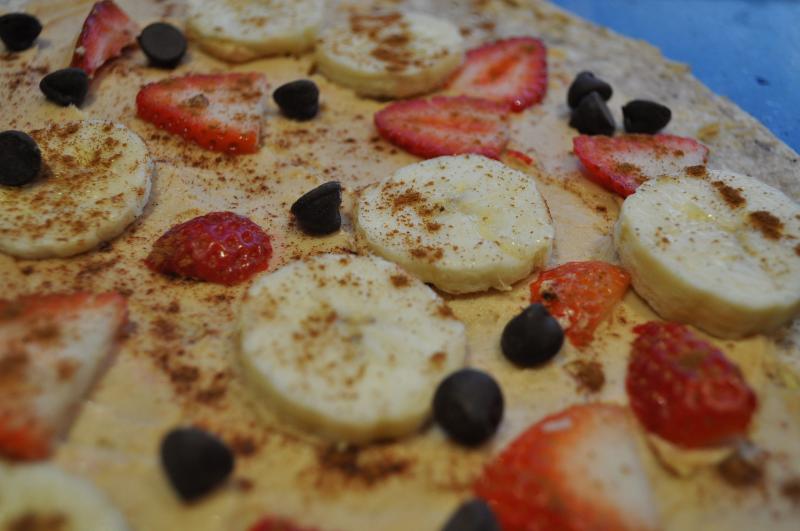 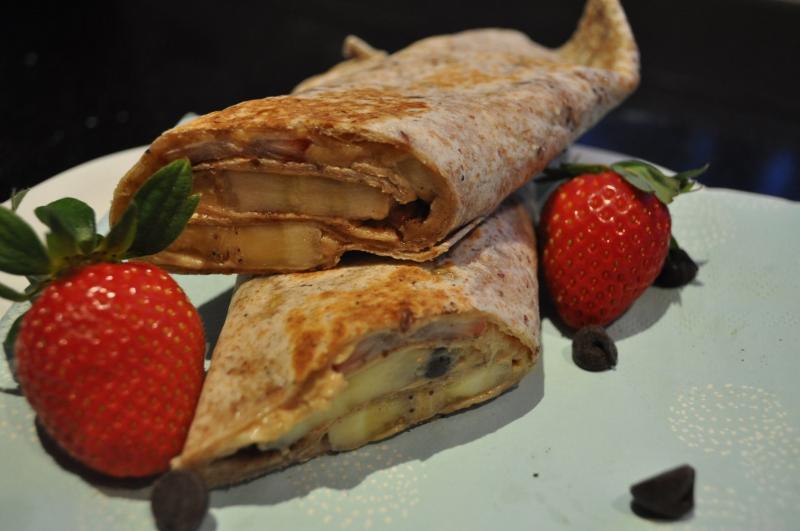 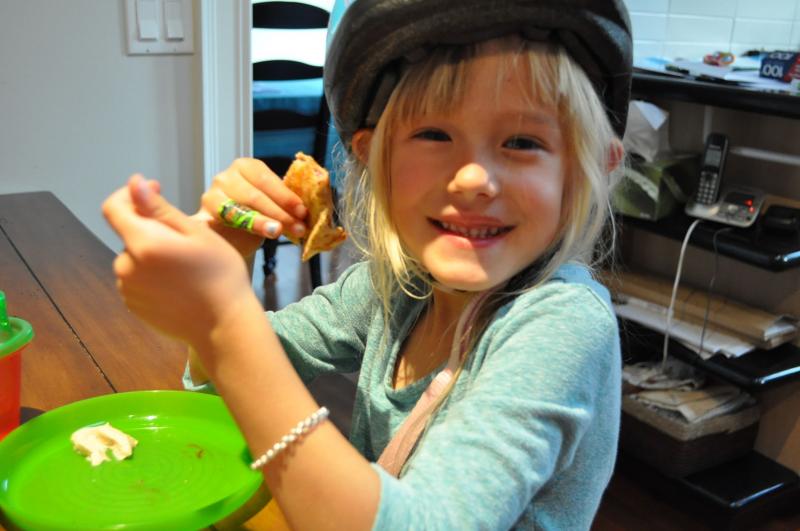 More recipes in my "breakfast outside the box" series:

I post easy and healthy recipes, as well as nutrition tips and articles for parents over on my Facebook Page daily. Feel free to check it out!